Chanel, Prada, Hermès, and more: the best bags of Fall/Winter 2021

The running theme for handbags at the Fall/Winter 2021 shows? Practicality.

Many designers are aware that we’re not quite yet in the mood for frivolous fashion, and that our bags, ever a necessity, should reflect that. That’s why, this season, the likes of Hermes and Burberry took their signature designs and upgraded them with utilitarian details.

Others luxury brands played it safe, tweaking the bags that we are so familiar with new materials and colours to add to our collections. Speaking of materials, there was a tactility to this season’s accessories, namely at Prada and Fendi, which nodded to our need for comfort in tough times.

For styles that are truly fresh, you could turn to Versace, which now boasts its very own monogram, joining Balmain, Dior, Louis Vuitton et al. And for something fun, Chanel took to a Paris nightclub to showcase some of its most glamourous handbags yet.

Below, discover all the best new bags of the F/W 2021 season.

Riccardo Tisci’s first Burberry menswear show featured an array of outdoorsy bag styles, including a new, supersized, hiking-inspired messenger bag. But most fans will probably be drawn to the many variations of the Pocket Bag, each made with practicality in mind. The standout was the traveller’s backpack, which came with blanket straps to slot in extra baggage or even an umbrella.

Designer brands are doubling down on monograms. Balmain revived its PB monogram for S/S 2021. Next season, you can expect to see Versace’s new monogram, La Greca, in stores. Inspired by the Italian brand’s heritage Greek Key pattern, the geometric pattern covered models like Bella and Gigi Hadid from head-to-toe. It looked the best on bags, which included stylish totes, shoulder bags and purses to rival the monogrammed offerings of Fendi and Louis Vuitton.

Dior’s dark, fairytale-inspired show at the Versailles came with bags that fit the mood. The French brand’s beloved signatures — the Dior Book Tote, Lady Dior, 30 Montaigne and Bobby — were reimagined in inky hues like black and navy, as well as deep red. But it was the newer St. Honoré bag, introduced last November, that stole the spotlight. From a leopard print to Dior Cannage stitching, the elegant handbag was jazzed up in exciting designs to add to the existing styles. You’ll no doubt see them on the arm of brand ambassador and Blackpink member Jisoo very soon.

The pouch bag trend is simply not going away anytime soon, now that Fendi has offered its own take with the new Fendi First bag. It’s the first bag to be introduced by the newly-appointed creative director Kim Jones, who also helms Dior Men. While some styles came with a chain and others were carried as a clutch, all Fendi First bags featured a distinctive F-shaped clasp. There are already a myriad of materials to choose from, such as snakeskin and neutral-hued leathers, but it’s the comfy, teddy bear shearling ones that are sure to be a hit next season. Look out, Bottega Veneta.

Big bags were everywhere for F/W 2021, but none made quite the statement like the new maxi Cleo bag. Yes, Prada has taken its sleek, vintage-inspired handbag and transformed it into a larger tote — all the better for you to appreciate the brand’s smooth, brushed calfskin leather with. The new Cleo came in black or white, but there was colour to be found in Prada’s other accessories, namely the jacquard shoulder flap bags that shared the edgy, geometric prints seen on the clothes. 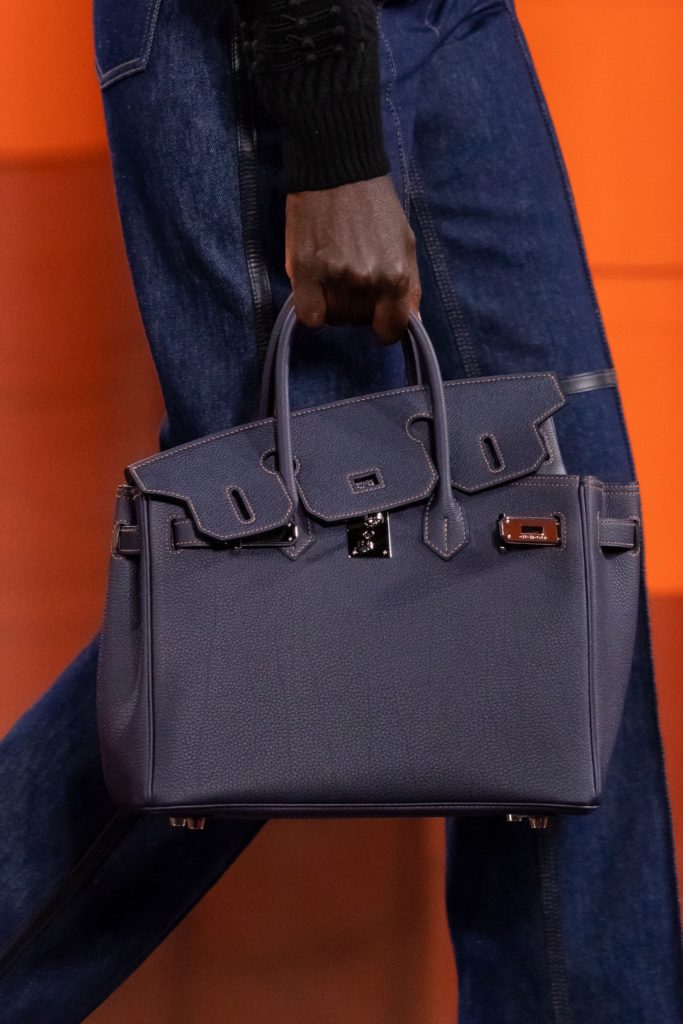 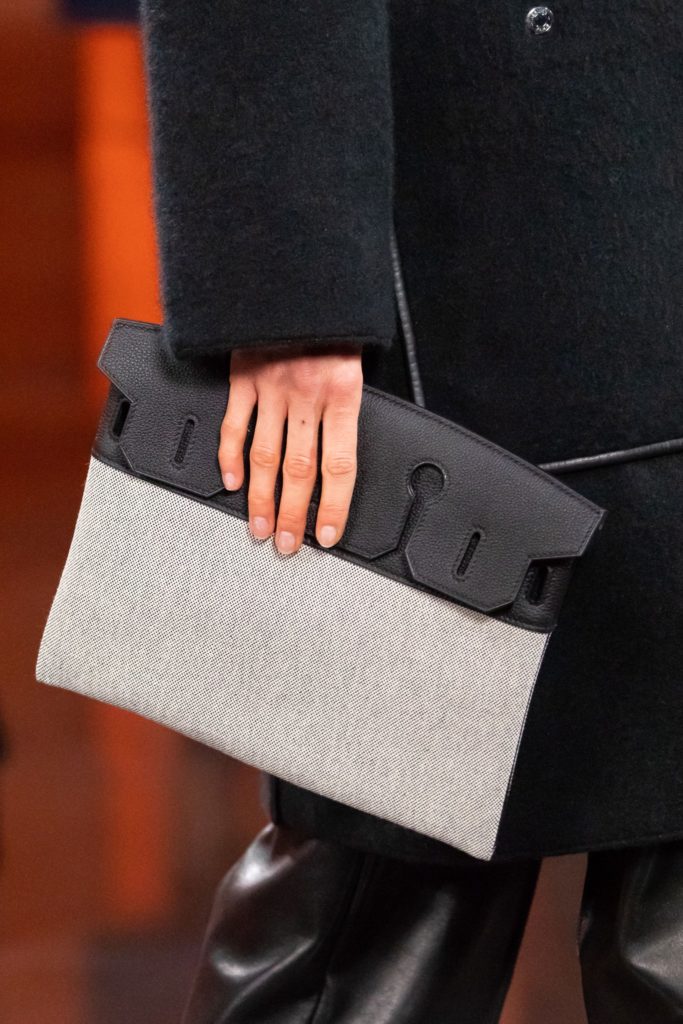 After being notably absent at Hermès’ S/S 2021 show, the Birkin bag made a comeback to the runway this season — with a slight difference. What you see above is the “3-in-1” Birkin, which features a detachable pochette slotted into the closure mechanism of the bag. You can carry it as a regular Birkin, remove the pochette to turn it into a tote, or carry the pochette itself as a clutch. Talk about functional.

Following the wedding-themed couture show at the Grand Palais, Virginie Viard set her latest Chanel show at the iconic Paris nightclub Castel. Fittingly, it showed off clothes and accessories to fit the glitzy, party atmosphere. This was especially true of the bags, which included faux fur shoulder bags with chain-link straps, a rainbow sequinned bucket bag and bold takes of the 2.55 bag in neon pink and crystal embellishments.