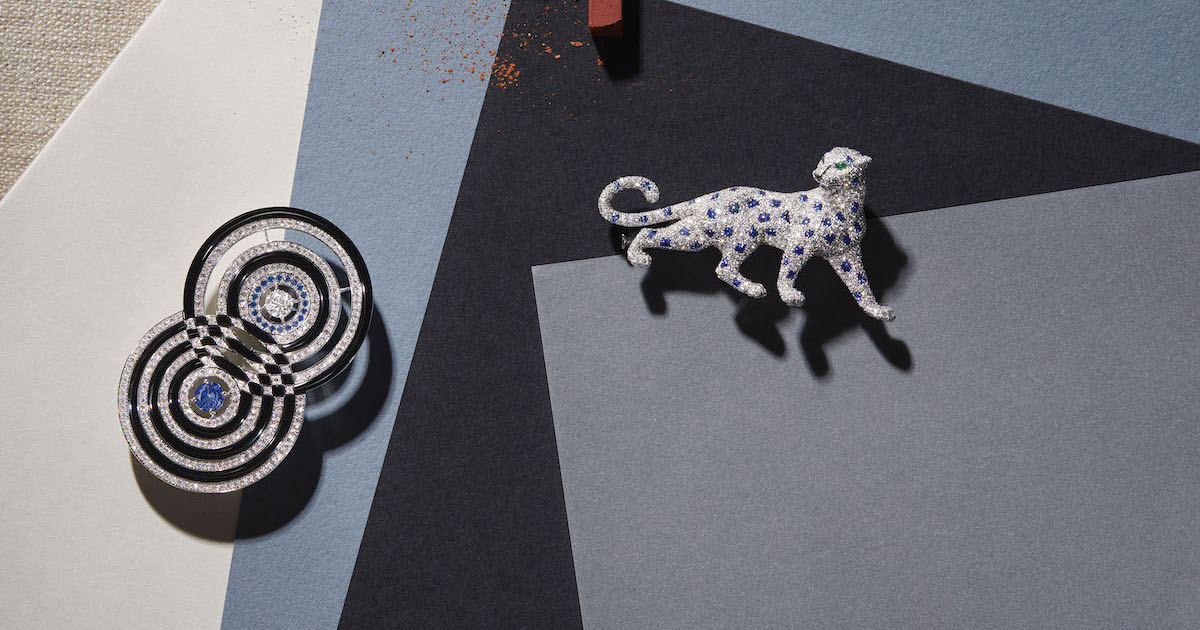 Sleek, spectacular and indomitable, the Cartier Panthère still reigns supreme in the pantheon of animal icons of the jewellery world, says Yanni Tan.

Few creatures have ever achieved a truly exalted status in the collective consciousness of the universe of jewellery. Among them, one is the undeniable ruler of the bejewelled animal kingdom: the Cartier Panthère. Born of sheer imagination as a spotted motif, but evolving through the past century into an icon of profound complexity and emotions, the big cat is as richly symbolic as it is visually stunning.

First featured as onyx-on-diamond spots on a Cartier watch in 1914, the Panthère graduated from the abstract to a figurative representation three years later, in 1917, when it was depicted flanked by cypress trees on a nécessaire gifted by Louis Cartier to creative ingénue Jeanne Toussaint. Exuding glamour, confidence and strength – traits that resonated with Toussaint, who would eventually take the reins as Cartier’s creative director, the big cat would become her personal signature.

In 1948, after Toussaint fleshed out the creature in three dimensions, the Panthère has prowled the annals of the maison ever since. While the feline has graced jewellery, watches, fragrances, accessories and countless unforgettable campaigns, exposure alone isn’t enough to capture the imagination of generations after generations of connoisseurs. Her success lies in Cartier’s savoir faire and technical prowess in epitomising her beauty.

Reinvented over time in naturalist, sculptural, graphic and abstract expressions, Cartier continually outdoes itself in interpreting the Panthère, and breathing life and movement into it. The feline’s spotted fur coat was the original, abstract form – and while the idea of it seems straightforward, capturing the wild creature’s spirit through the balance and arrangement of colours and gemstones certainly takes absolute mastery.

On the opposite artistic spectrum is the cat’s naturalistic expression, of which Cartier has an impressive repertoire. Lounging, lying in wait, pouncing, playing or preying, every design is three-dimensional, stylised yet so remarkably lifelike. Meanwhile, the sculptural Panthère awes us with its show of energy and power – through muscles, features, volumes and pose to form an impactful, sensual and sometimes masculine aesthetic.

As geometry is an integral part of Cartier’s stylistic vocabulary, the creature in graphic form is a contemporary architectural wonder on a small scale. Be it the cat’s head or body, the depiction involves revealing its structure through simplified volumes, while paying due care to ergonomics and comfort.

And her constant transformation is not just for the jewellery realm. Even the watch trade waits with bated breath on the manufacture’s annual métiers d’art releases – from stone mosaic to wood and straw marquetry to tiny “floating” gold spheres that form the cat’s face as quickly as it disappears, Cartier has done it because it can.

On the feline’s evolution, Cartier’s director of image, style and heritage Pierre Rainero says: “Throughout this century, the panther has asserted itself with power and consistency. Oscillating between playful and predatory, cruel and kind, it merrily adapts to the stylistic circumstances of the period, taking advantage of it and seizing the spirit of the times like willing prey. Far more than a fashion or status symbol, or a mere ornament, the Cartier panther has become a genuine cultural icon.”

Beyond an icon, the Panthère has also become an ideal. Adds Rainero: “For over 100 years, no other creature has achieved such iconic status, whether at Cartier or in 20th-century jewellery as a whole. No other creature or jewel is so indissolubly and emotionally linked to the stylish women of the 20th century, the 20th-century female ideal or the Cartier legend.”

Certainly, when one considers the icon’s many captivating facets, attributes and portrayals, her appeal is undeniable. Called the Panthère Tribe, this new legion of fans – both male and female – transcends boundaries and labels. To identify with her would be to embrace the qualities of strength, freedom, fearlessness, magnetism and individuality.

Her tribe included the power set of yore, such as the Duchess of Windsor Wallis Simpson, María Félix, Juliette Gréco and Barbara Hutton. Today, her devotees are Mariacarla Boscono, Annabelle Wallis, Ella Balinska, Chang Chen, Karen Mok and Yasmine Sabri. According to Cartier: “Panthères know their own kind; it is a tribe united by instinct and independence.” Sign me up already.

This story first appeared in the Nov 2021 issue of Prestige Singapore.

The post Cartier Panthère: The evolution of the big cat appeared first on Prestige Online – Singapore.