The Canadian military is on standby to help evacuate residents in British Columbia where wildfires linked to a record-breaking heatwave threaten to engulf communities.

Emergency services say they are now trying to control more than 170 fires, many triggered by lightning strikes.

Many western areas are tinder-dry followed the unprecedented hot weather.

Meanwhile, at least two people are reported to have died in the village of Lytton that was destroyed by fire.

The announcement came after Prime Minister Justin Trudeau held emergency talks with ministers as well as provincial and indigenous leaders from affected areas. 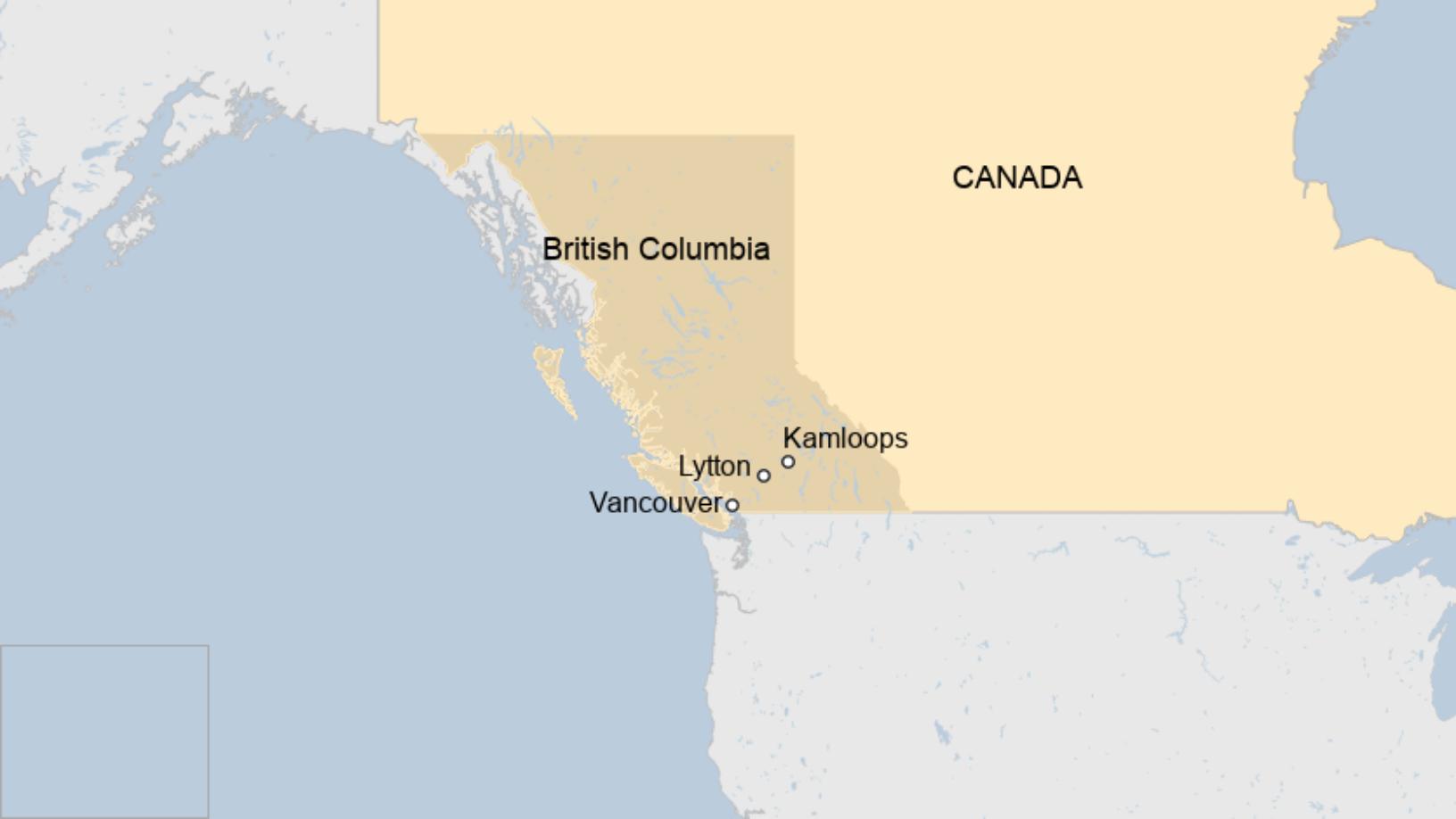 Although linking any single event to global warming is complicated, experts say climate change is expected to increase the frequency of extreme weather events, such as heatwaves.

In British Columbia, evacuation orders and alerts are in place for several areas north of the city of Kamloops, 350km (220 miles) north-east of Vancouver where the worst fires are raging.

“Many of those lightning strikes were hitting near communities… in the Kamloops area,” he said, according to broadcaster CBC.

On Saturday, the British Columbia Coroners Service confirmed that at least two people had died in Lytton where a wildfire on Wednesday evening forced many of its 250 residents to flee without their belongings.

Earlier, resident Jeff Chapman told CBC he had seen his parents killed by the fire as they sought refuge in a trench near their home.

Lytton Mayor Jan Polderman told the BBC: “Within about 15 minutes the whole town was engulfed in flames.”

“Many of the deaths experienced over the past week were among older individuals living alone in private residences with minimal ventilation,” she said on Saturday.

Temperatures have eased in coastal areas but there is not much respite for inland regions. The British Columbia Wildfire Service said it was braced for more wildfires.