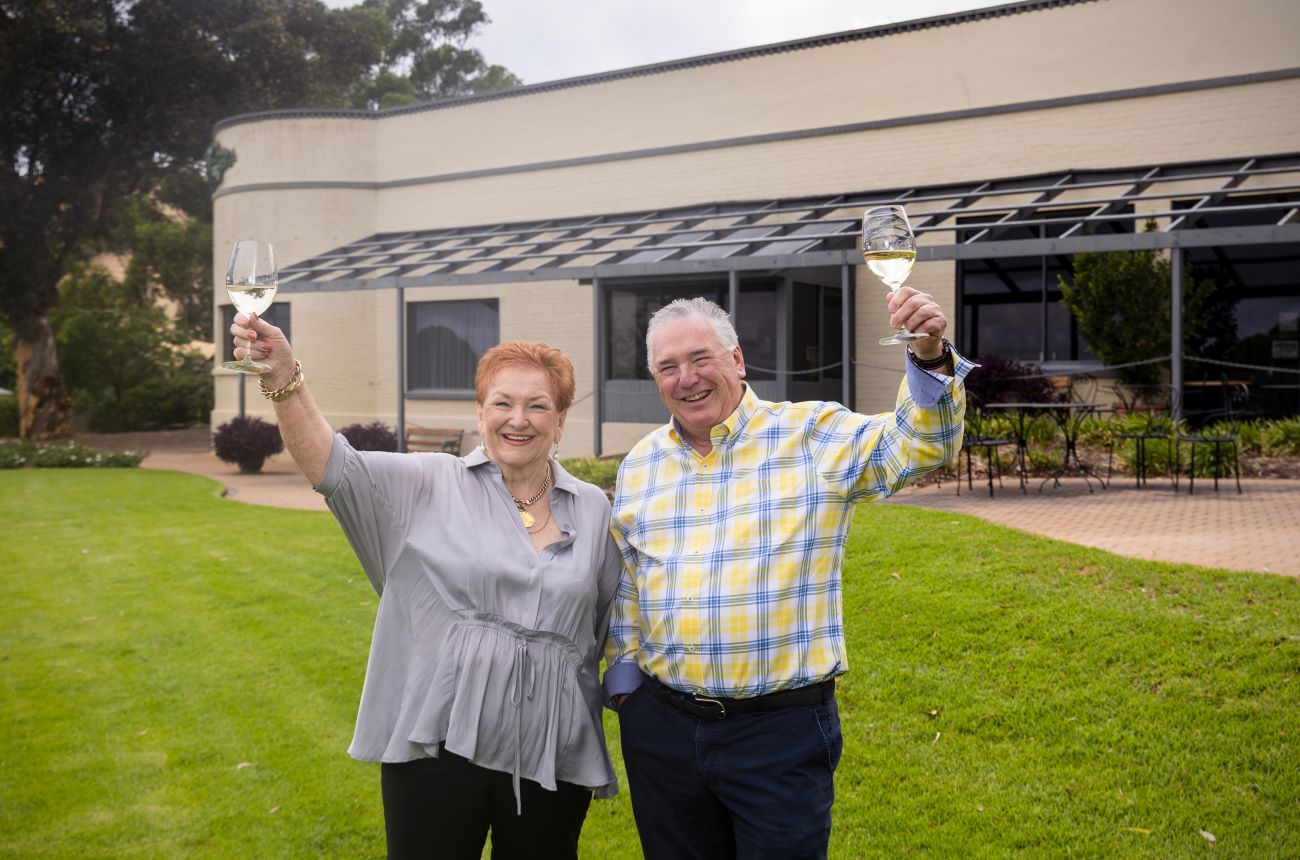 The Krondorf facility is where Burge’s enigmatic wine empire began in 1978, when he created the successful Krondorf Wines label in partnership with the late Ian Wilson.

After selling the Krondorf brand to Mildara Blass Wines, he bought the winery site to establish Grant Burge Wines in 1988, a label that grew to produce 750,000 dozen wines a year and turn over $70m.

Grant Burge Wines is a brand now owned by Accolade Wines, having been sold by Burge and his wife Helen in January 2015 [announcement made in December 2014], but, in truth, the Burges never retreated from the wine scene, being the second-largest private vineyard owners in the Barossa with more than 500 hectares over a patchwork of locations.

During the past seven years, the Burges’ business interests have diversified under the Burge Barossa banner to include tourism through Barossa rental accommodation and running 10,000 sheep on their farm properties, while continuing winemaking, bottling, warehousing and distribution though their Illaparra winery in Tanunda.

Illaparra crushed 6,500 tonnes of grapes in 2021, being a mix of contract processing, producing juice sold to Accolade for its Grant Burge Wines range, and producing Corryton Burge wines, a label created in 2020 and run by Burge’s children Amelia and Trent (who also produces his own boutique Barossa Boy wines).

Their return to the Krondorf winery, which Accolade decided to sell after a restructuring of its winery assets, will provide Corryton Burge with a specific facility for its sparkling and white wine production, while all the brand’s red wines will be produced at Illaparra.

The additional winery purchase signals that the Burge family is re-emerging as a serious player on the international wine market, although Grant Burge insisted none of these manoeuvres have been part of a grand plan.

He said Grant Burge Wines was sold to prevent burdening his children with substantial debt upon entering the wine business, and the emergence of Corryton Burge is a means of introducing the sixth consecutive generation of Burges to the wine industry.

‘I regret selling the Grant Burge name now, but it settled the bank balance, and we have the resources and the expertise to start again,’ he said.

‘I can see that having several brands with the name Burge attached to them may cause some confusion in the wine market, but it doesn’t worry us. We are the real deal, and our kids will build a solid name for themselves.’

The Burge family’s commitment to building the Corryton Burge brand has been bolstered by its chief winemaker Matt Pellew being named the 2022 Barossa Winemaker of the Year by the Barons of Barossa.

The 3500-tonne capacity Krondorf winery’s specialised sparkling wine facilities also signals that the Burge family wants to re-assert a presence in the commercial sparkling wine market, which was a stronghold for Grant Burge Wines through the early 2000s. Several vineyards leased in Tasmania by the Burge family to procure Chardonnay and Pinot Noir for increased volumes of sparkling wine base is testament to this fact.

‘We’ve got big plans to develop a significant presence in the sparkling wine market again, and we have the capacity to boost the Amelia Burge sparkling wine range that is already available, said Burge.

Burge says his family intends to build the Corryton Burge brand slowly, eventually producing up to 50,000 dozen wines a year, but underlines that he’s determined to raise his family’s presence in the global wine scene.

The post Burge is back in Krondorf winery – for the third time appeared first on Decanter.