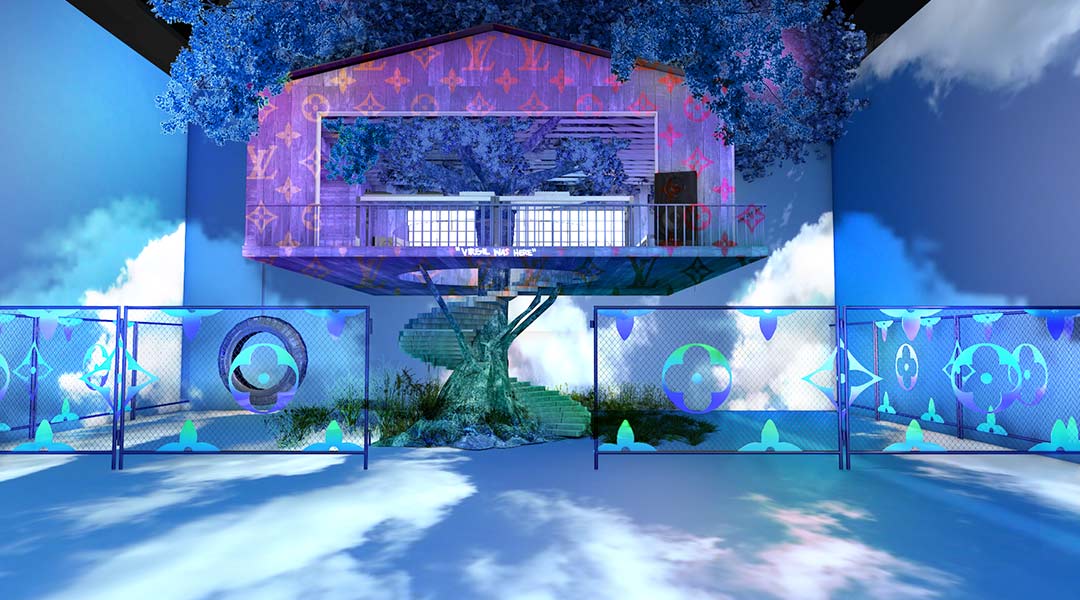 The maison and the super sports brand are going all in.

Louis Vuitton just announced a series of events surrounding the release of the Louis Vuitton and Nike ”Air Force 1” designed by Virgil Abloh.

READ ALSO: A Collaboration Between the Late Virgil Abloh and Takashi Murakami is among 7 Records Broken During this March Auction

In June 2022, nine editions of the sneaker—first presented as part of the Spring-Summer 2022 Men’s Collection—will be launched globally through “Collection.” This is an inclusive digital activation. with members of the Maison’s community offered early access to order the shoes.

From May 20 to 31, the 47 editions of the ”Air Force 1” imagined by Abloh will be exhibited to the public in the showcase in New York. The event will coincide with a number of corresponding art installations around the city.

Each of the shoe’s design fuses the sneaker’s original codes with the Maison’s finest leather, materials and insignia of Louis Vuitton, and the distinctive visual grammar of Virgil Abloh. In February 2022, 200 pairs of the sneaker designs were sold at auction to benefit The Virgil Abloh™ “Post-Modern” Scholarship Fund.

The 9 editions selected for Louis Vuitton in-store release cover mid-tops (2,500 euros) and low-tops (2,000 euros), and will be made available in Nike sizes ranging from 3.5 to 18. They will all be manufactured in the Maison’s Manufacture in Fiesso d’Artico, Venice.

The launch includes the classic all-white sneaker embossed with the Louis Vuitton Monogram, and a riff on the same design in black suede. Two-tone editions in white with either green, red or blue detailing nod at the rainbow motif key to the work of Virgil Abloh at Louis Vuitton.

Likewise, a metallic gold sneaker pays homage to the designer’s debut collection for the Maison, while patchworked multi-color renditions celebrate his distinct graphic language. Finally, a Damier edition is adorned with a “Louis Vuitton” graffiti motif created by the artist Ghusto Leone.

The aforementioned exhibit, on the other hand, will take place at the Greenpoint Terminal Warehouse in New York City. Open to the public, the expansive showcase charts the creative dialogue between Nike and Louis Vuitton for the Spring-Summer 2022 collection prior to Abloh’s passing last November.

The 47 editions will be displayed in physical and virtual form in immersive spaces reflective of the designer’s domains of creation and presentation. Coinciding with the exhibition, a number of corresponding installations will take place around the Big Apple and the world.

The exhibition is a spatial experience founded in Abloh’s dreamy expressions. As Men’s Artistic Director of Louis Vuitton from 2018 to 2021, the designer consistently challenged his audiences to imagine a world beyond manmade limitations.

Employing fashion as a tool for change, he wanted people to reconnect with their childlike outlook, and construct a culture devoid of preconceived notions of human and material worth. He continuously questioned the meaning of ‘high and low’, a discourse reflected in every image and design he created at Louis Vuitton.

As a high fashion designer born out of a streetwear community shaped by hip-hop, Virgil Abloh erased the borders between the two spheres and used his platform to celebrate the historical influence of Black subcultures on mainstream fashion. His work was, above all, about humanity and unity.

Taking its point of departure in his philosophies, the exhibition offers an in-depth view of the sneakers the designer created in the summer of 2021 through his own inimitable lens. It will be wrapped in a vivid orange, and adorned with a logo fusing those of Louis Vuitton and Nike. A grid-like structure, it is the blueprint for the imaginary city erected within the space, seen from above.

Walking around the exhibition, guests meander a giant version of the logo reflected in a mirrored ceiling. They are surrounded by 3D-printed statues akin to the ones Virgil Abloh built during his tenure at Louis Vuitton, framed by walls painted in the clouds characteristic of his show sets and campaign imagery.

A treehouse constructed above the city pays tribute to Virgil Abloh’s affinity for the childlike mind. Inside, it recreates with exact detail spaces from the Louis Vuitton studio and atelier he furnished on Rue du Pont-Neuf in Paris, highlighting the savoir-faire central to his work for the Maison and the artisanal merit with which the sneakers were created in Louis Vuitton’s workshop in Fiesso d’Artico.

As a way of building bridges between countries and cultures, during the run of the exhibition large glass boxes placed around NYC will display graphic globe sculptures tied to the themes of the showcase.

The five instillations exhibited throughout the city can be experienced at Domino Park, Grand Central, South Street Seaport, Astor Place, Columbus Circle, Flatiron Plaza and Gansevoort Plaza. The globe is representative of the unifying motifs Virgil Abloh reiterated in his collections, shows and imagery.

Celebrating its 40th year, the Nike ”Air Force 1” was designed by Nike in 1982 and is one of the most successful shoes ever created. On the 1988 album It Takes Two, DJ E-Z Rock was immortalized wearing Nike ”Air Force 1” sneakers altered with a Nike Swoosh adorned in the Louis Vuitton monogram by the Harlem designer Dapper Dan. The cover embodied the hip-hop community’s early practice of hacking together high fashion and sportswear.

A cultural symbol in its own right, Abloh viewed the Nike ”Air Force 1” as an objet d’art emblematic of self-generated cultural provenance.

The 47 expressions of the Nike ”Air Force 1” were created for a Louis Vuitton collection rooted in the Amen Break, a little-known drum break of a B-side created by the funk-soul group The Winstons in 1969, which would be sampled and go on to underpin the hip-hop and jungle genres, and splinter into thousands of the pop tracks most familiar to us today.

In June 2021, Virgil Abloh explained his approach: “The ”Air Force 1” is a sample like the Amen Break. A t-shirt is an ‘Amen Break’, a suit is an ‘Amen Break’. We’re all iterating on the same ideas. But, in my canon, the ”Air Force 1” puts the edge on the blade. This object happened way before me, but to get to a context where it’s adjacent to the t-shirt and the suit, its logic has been forty years in the making,” he said.