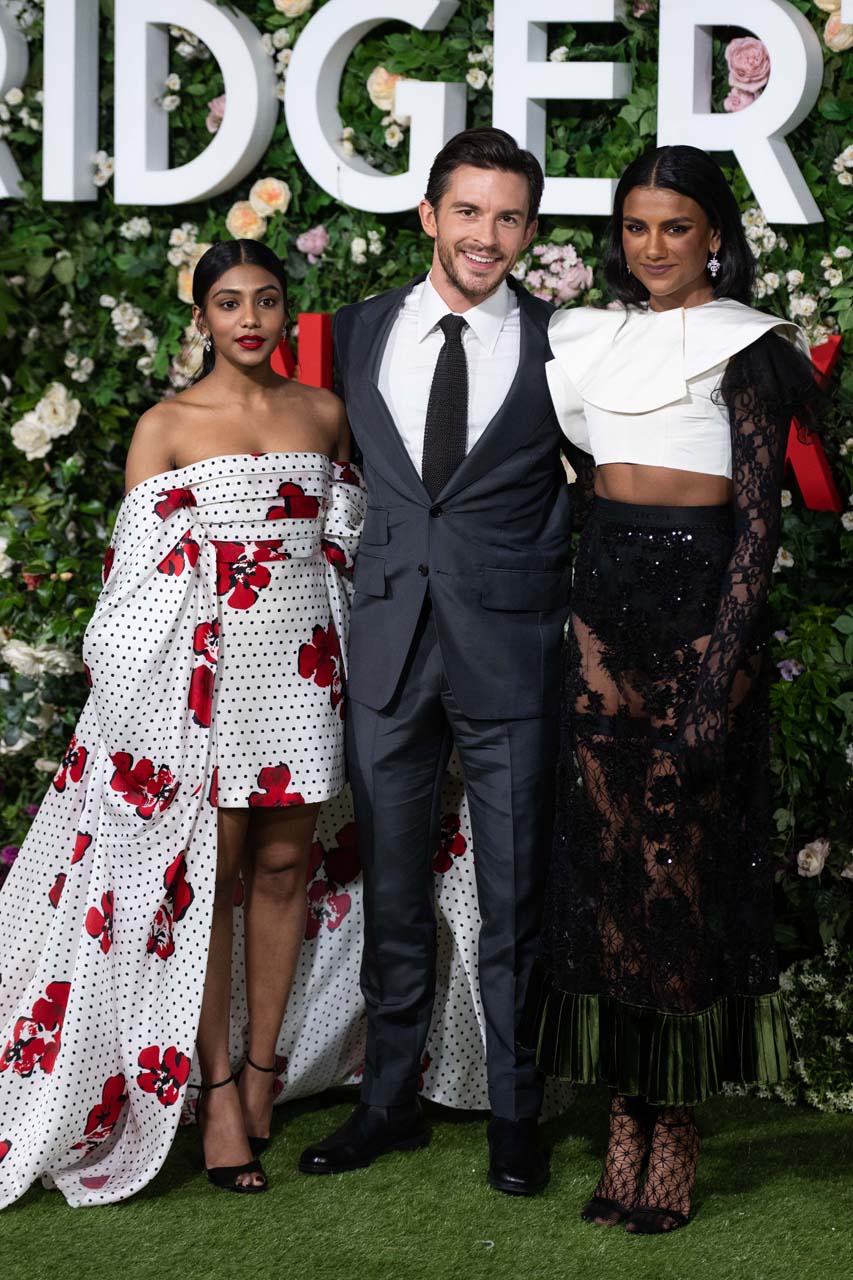 When the first series of Bridgerton landed on Netflix during the Christmas season of 2020, few would have predicted just how stratospheric the show would become, breaking streaming records and captivating an audience of 82 million households. While the first season was released at the height of the second wave of coronavirus, amidst a national lockdown, the second is happily being fêted in a far more ‘normal’ world, with a glitzy red carpet premiere at London’s Tate Modern last night to prove it.

While the first season belonged to its breakout stars, Phoebe Dynevor and Regé-Jean Page, who played Daphne Bridgerton and the Duke of Hastings respectively, the second will only feature Dynevor fleetingly, with Page having exited following his big break. Instead, the sophomore series shifts its focus to Daphne’s eldest brother, Viscount Bridgerton, played by Jonathan Bailey, and his quest for a wife.

Bailey and his love interests –  the Sharma sisters, played by Simone Ashley and Charithra Chandran – were all in attendance last night at the season premiere. Ashley, best known for her role in Sex Education, opted for a fashion-forward Gucci look comprising of a structured white crop top and long black lace skirt. Meanwhile her on-screen sister, Chandran, chose a pretty floral dress by Carolina Herrera, perfect for the current heatwave we have been enjoying.

Notably absent from proceedings was Nicola Coughlan who, (spoiler alert), was revealed to be the infamous gossip-writer Lady Whistledown herself in the last series. Dynevor also lamented her inability to attend, posting on Instagram that she was raising a toast to the cast from a night shoot up north.