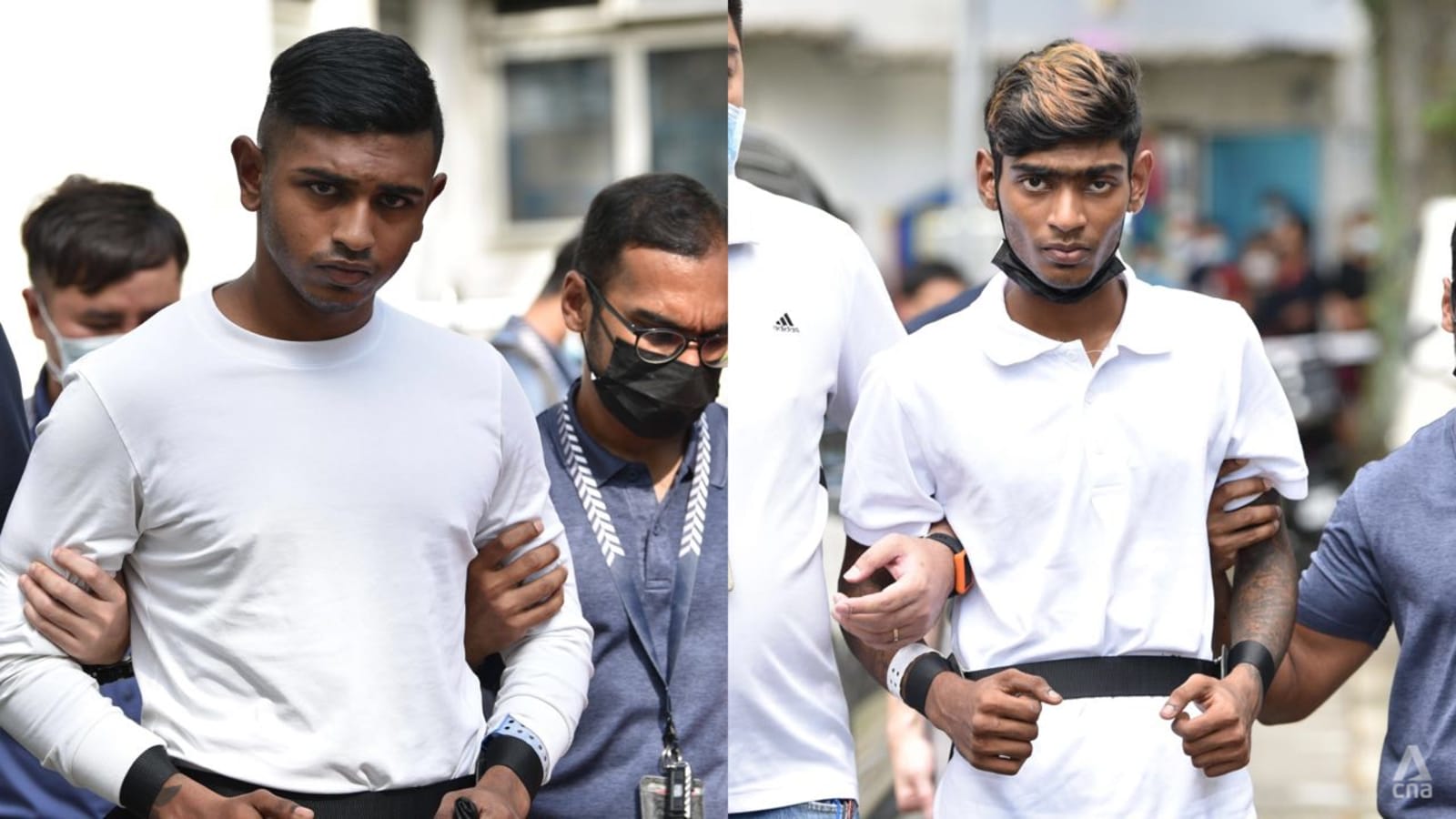 Muhammad Sajid Saleem, 20, and Niswan Thiruchelvam, 19, each face one charge of voluntarily causing grievous hurt with a dangerous weapon.

They appeared in the State Courts via video-link from remand dressed in white shirts, and did not show any expression as they listened to the charges.

The judge ordered them to be remanded in prison for a week, with permission to be taken out for investigations and recovery of exhibits. They will return to court on Apr 14.

The alleged attack on Wednesday was captured on videos and photos that were widely circulated on social media.

Police said that they responded to multiple calls for assistance at Block 175, Boon Lay Drive at about 5pm on Wednesday.

Two male victims aged 22 and 23 were taken to the hospital with multiple lacerations to their heads and limbs.

The suspects were arrested in Woodlands on Thursday, after an islandwide manhunt. Preliminary investigations revealed that they were known to the victims.

On Friday, the two suspects were escorted back to the car park where the attack allegedly took place to aid in investigations.

They were flanked by plain clothes police officers, who asked them questions and also led them to a hair salon and two parks nearby.

Videos of the aftermath of the attack seen by CNA showed the two men wielding their weapons in what appeared to be a car park.

The men paced back and forth and were later seen running away, still holding the weapons.

One of the victims appeared to have blood running down his face as he was attended to by another person.

Those who voluntarily cause grievous hurt with a dangerous weapon can be jailed for life, or jailed for up to 15 years with a fine and caning.