Above, a newly revitalized downtown Pine Bluff, Arkansas and Angelica Perkins-Walton, who believes the town is the perfect location for a new Black Wall Street.

The destruction of Tulsa’s Black Wall Street in 1921 was so traumatic and singular that it should have cast a long shadow over American life. But the recent flood of explainers, documentaries and podcasts tied to its 100th anniversary suggests that most people in this country only learned about the massacre relatively recently.

The course correction makes sense. Until just a few years ago, the story of Greenwood, as the neighborhood was called, wasn’t taught in schools or widely covered in the media, treated as something to hide rather than a national disgrace to be confronted and reckoned with. But for those in the know, the neighborhood’s meteoric economic rise in the early 1900s has served as a symbol of what Black people can achieve when they’re in control of their own resources, and its violent demise has become emblematic of the many ways that wealth has been stolen from Black communities ever since.

Still, Black Wall Street is not relegated to the annals of history—or to Tulsa, Oklahoma, for that matter. One hundred years on from Greenwood’s bombing and ransacking, Black Wall Street’s spirit is alive and thriving in cities across the country, in the digital ether and as a business philosophy.

The ethos can be seen most tangibly in Pine Bluff, Arkansas, which feels appropriate: It was the hometown of the man who founded the original Black Wall Street, O. W. Gurley. And one of the city’s biggest cheerleaders—and its most forward-thinking documentarian—is a 23-year-old activist named Angelica Perkins-Walton.

Perkins-Walton, who’s originally from Tulsa, grew up hearing stories about Greenwood’s illustrious past and violent demise. A full scholarship brought her to the University of Arkansas at Pine Bluff; she graduated in 2019 and began working for the city’s Parks and Recreation department. Earlier this year, she started posting about Pine Bluff’s growing Black business community on TikTok, hoping to give her followers something to feel good about after a year of tough news stories.

Reply to @user697911679509 I prepared for this😂 #PineBluff #Arkansas #blackwallstreet #communitydevelopment

“I think people were looking for a source of inspiration and hope,” she told Robb Report. “And I just wanted to showcase that, here’s a community that may not be perfect yet, but we’re very much on the way. Every solution that people are looking for, you can find in this community.”

The population of Pine Bluff is 76 percent Black, which means, according to Perkins-Walton, that there’s “a Black-owned business on every corner.” And though generations of legal, social and technological advances separate this city from the Tulsa of 1921, Pine Bluff is benefitting from something else Greenwood never got to experience: a real partnership among its citizens, business leaders and local government to bolster the community’s prospects.

“There are a few people here who can sense that this is the perfect place for a new Black Wall Street, if you will,” she said. “And it’s no longer because we can’t do it anywhere else. It’s just that we choose to do it here.”

The outlook wasn’t always this rosy. The Great Recession shuttered businesses all across the country, but by 2014 parts of Pine Bluff were quite literally falling apart. The city once had to close off its Main Street to protect its citizens from a group of collapsing buildings that had scattered bricks across the lanes. This prompted the city council to reactivate a long-dormant urban renewal agency, which worked with community members on developing a plan (called Go Forward Pine Bluff) to right the ship. 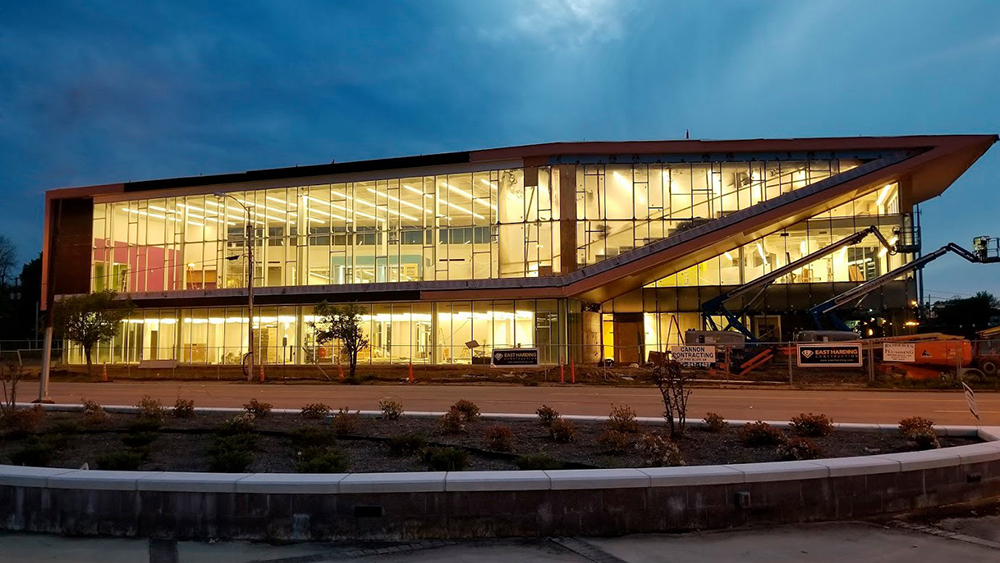 It’s working so well that not even the pandemic could slow down its implementation. In 2020, Pine Bluff opened a new library and casino, broke ground on new medical facilities and cut the ribbon on an art space designed to support local talent and attract creators from across the country. Its Generator center, a training hub for technology skills, is preparing a new generation to fully participate in an expanding digital economy.

“I’m just really excited to see what that will look like in five years,” Perkins-Walton said. “Even though we’re definitely hoping and pushing for business success, we want it to be a well-rounded community.”

Today’s Black Wall Streets share the spiritual DNA of their progenitors, but they aren’t bound by intersections and zoning board decisions. Increasingly, the Black Wall Street movement is as psychological—and digital—as it is physical.

“Even though we still face structural, systemic and institutional challenges around issues of race, we are not constrained to ply our trades or purchase goods and services in the context of this physical space,” he added. “Our possibilities are virtually infinite because of the global economy. So if we can embrace that positive mentality around economics and entrepreneurship using those incredible icons of the past, then imagine where we might be able to go.” 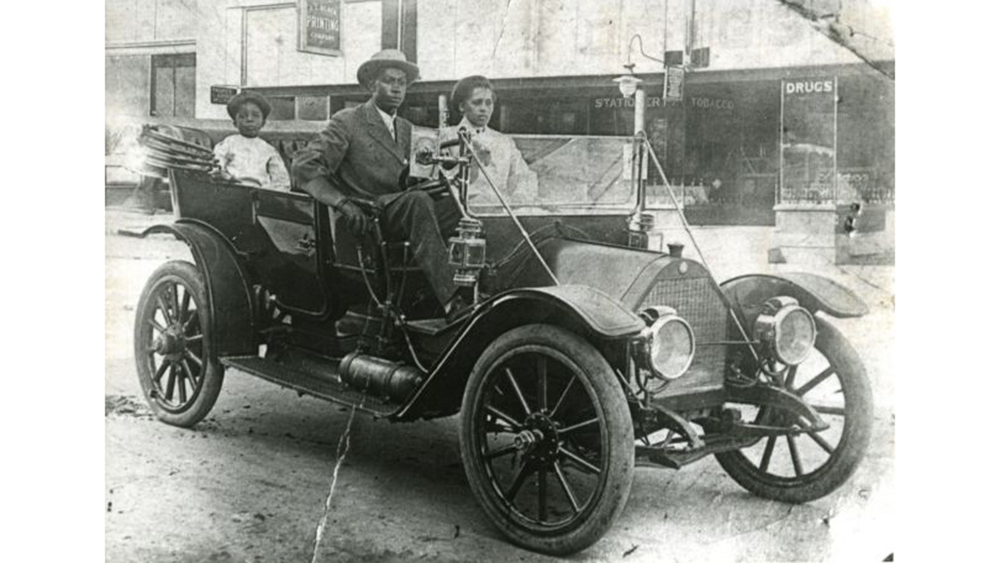 The mentality has grown widespread in recent years, from the streets of Pine Bluff to the New Black Wall Street Market in Stonecrest, Georgia, to your phone. An app and website, Official Black Wall Street, serves as a digital directory that helps consumers find Black-owned businesses nearby. Digital marketplaces, like We Buy Black and Shoppe Black, are designed to connect Black-owned businesses to an international audience. There’s even a podcast called Black Wall Street Today that answers questions about networking, fundraising, marketing, real estate investing and more.

This shift is all the more welcome, not just because more Black-owned businesses means more wealthy Black individuals. Recent research has confirmed what many have long suggested: Building wealth in Black communities doesn’t come at the expense of others. Instead, it makes the entire economy a whole lot richer.

In her final paper as global economist at Citigroup, published last September, Dana Peterson earned headlines across the world for calculating that the racial wealth gap was costing the country trillions of dollars. (The gap is defined as the disparity in how much wealth white and Black families own. According to a 2019 Federal Reserve survey, the average white family in America has eight times the wealth of the average Black family. Estimates on how long it would take Black families to catch up generally fall in the range of 250 years.) Peterson and her colleagues found that if this gap had closed in 2000, the United States could have generated an additional $16 trillion in economic activity over the last two decades.

“That’s only looking at a handful of things that lead to the wealth gap,” Peterson, who’s now chief economist at the Conference Board, told Robb Report. “We didn’t look at everything. There’s more.”

Somewhat startlingly, the report concluded that $13 trillion of this money is unrealized revenue resulting from a lack of fair and equitable lending to Black entrepreneurs—like the ones who made Greenwood an unqualified economic success. “In other words, this was the revenue that was never generated because these firms were not able to start up or survive because of challenges in accessing financing,” Peterson said. “Moreover, 6 million jobs a year were never created because these businesses did not exist.” 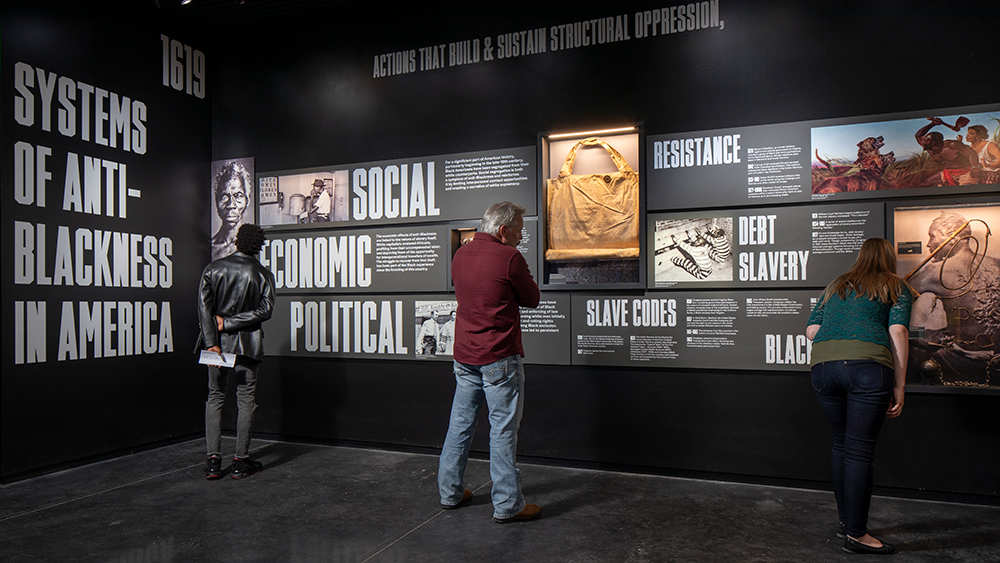 Sadly, the gap is caused by what can feel like an impenetrable grid of policies and prejudices. In addition to access to capital, the rest of this wide chasm includes discrepancies in everything from income and education to homeownership. According to Duke University’s Samuel DuBois Cook Center on Social Equity, the factors are so varied and nuanced that they’d require a sweeping set of structural changes to fully ameliorate. But Peterson believes it’s all worth doing.

“Closing the gap is good for the economy, it’s good for the financial well-being of individuals,” she said. And Black-owned businesses have a distinct role to play.

To be sure, money can’t cure all evils, but it can help level the playing field. And, in many ways, the New Black Wall Street movement is trying to do exactly that. In Pine Bluff, Perkins-Walton says her brand of social-media activism is getting people interested in the city’s unique and fruitful past—as a Union town during the Civil War, it was a rare bright spot in the South for formerly enslaved peoples—and in moving back to a place with so much potential.

“People ask very seriously, ‘What is the real estate market like there?” she said, referring to the direct messages and comments she’s received. “This town is full of rich history, and a lot of it has Black excellence right at the core of it . . . I think Pine Bluff in its early days was what we all envision America to be when we hear ‘The Land of Opportunity.’ And I just want people in this town specifically, but really nationwide, to see that again.”

To that end, she’s started her own business, a digital marketing firm called Kingdom and Community and Multimedia Agency, to help spread the word about her newly adopted hometown and others like it. But there’s one part of her message that she hopes doesn’t get lost.

“Even as I promote it as the next Black Wall Street, I want people to know that it is inclusive. It’s not something where it’s only for Black people,” she said. “It’s just that we hope that the people who come here understand the history and want to see the people in this community thrive.”

And after a yearlong reckoning with how race and racism affect life, liberty and the pursuit of happiness for a wide swath of the American public—and how prejudice makes all of us less rich and less free—that spirit feels more necessary than ever.