American singer Billie Eilish lit up social networks with the announcement that her very first perfume, “Eilish,” would launch in November.

In line with her commitment to veganism, the artist has chosen a formulation without any ingredients of animal origin and not tested on animals, further raising awareness among her fans and followers about a cause that is particularly close to her heart.

All it took were two posts on Instagram to trigger a tidal wave of ‘likes’ —  over 9 million in total — in just a few hours. And we’re just talking about the launch of the very first fragrance from the multi award-winning star Billie Eilish. Nothing new under the sun, since the most prominent celebrities, from Britney Spears to Ariana Grande as well as Kim Kardashian and Beyoncé, have all already presented — at one time or another — their own scents.

However, Billie Eilish, beyond her well-established reputation in music, is also beloved by her followers for her involvement in animal issues and other causes, ensuring quality and meeting a certain ethical standard for any merchandise. And of course this first fragrance should be no exception.

“I am so excited to finally share my debut fragrance ‘Eilish’ with you….this is a scent I’ve been chasing for years and years. This is my favorite smell in the world. Fragrance has always been such an enormous part of my life and existence since I can remember, and it was a dream to create this scent and bring my ideas to life,” the star wrote on her Instagram account.

In fact, the singer of “Happier Than Ever” revealed more than a simple perfume, but also the brand Billie Eilish Fragrances, which already has its own Instagram account and official website.

For this first opus, the recording artist wanted a warm, enveloping fragrance, in perfect harmony with the autumn season. Something that translates into fruity aromas, associated with sweet spices, cocoa, vanilla, musk, tonka bean, and woody scents. All encapsulated in a bottle shaped like a female bust, the cap representing the lower half of a woman’s face. 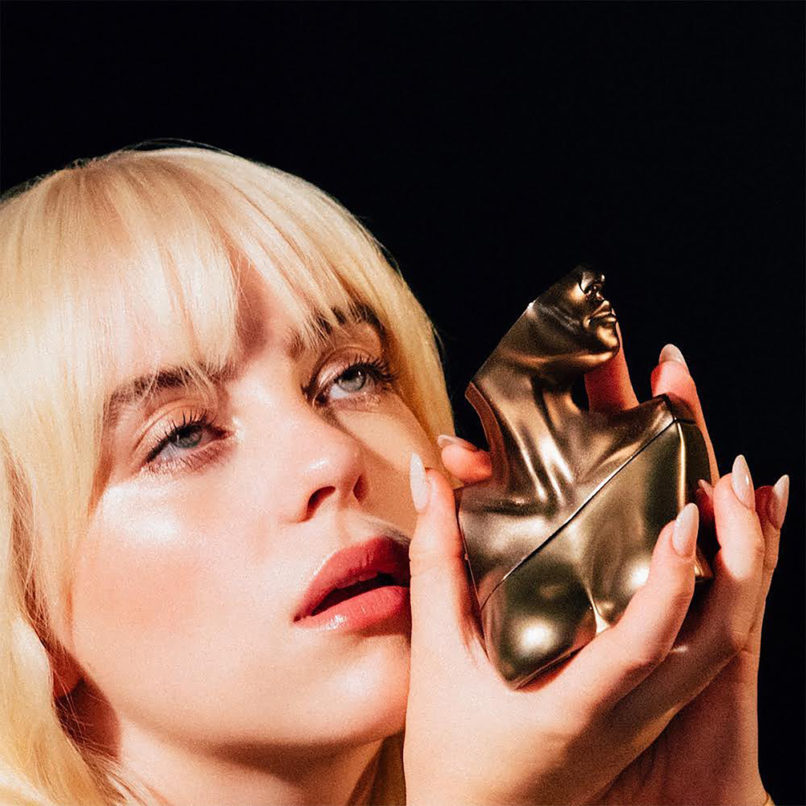 And since Billie Eilish is never shy about expressing her commitment to veganism, the fragrance is also designed to be ‘clean’, entirely vegan, and cruelty-free, as the American edition of Cosmopolitan, who spoke with the singer, points out. A strong message, which again demonstrates Eilish’s long-term efforts in raising awareness on the subject among her fans, either via her social networks or her collaborations with the biggest fashion brands.

The Californian singer has been busy since the beginning of the year, putting her involvement in animal welfare in the spotlight by creating two vegan sneaker models for Nike — the Air Jordan 15 and the Air Jordan 1 AJKO — in monochrome tones and designed with 20 percent recycled materials. 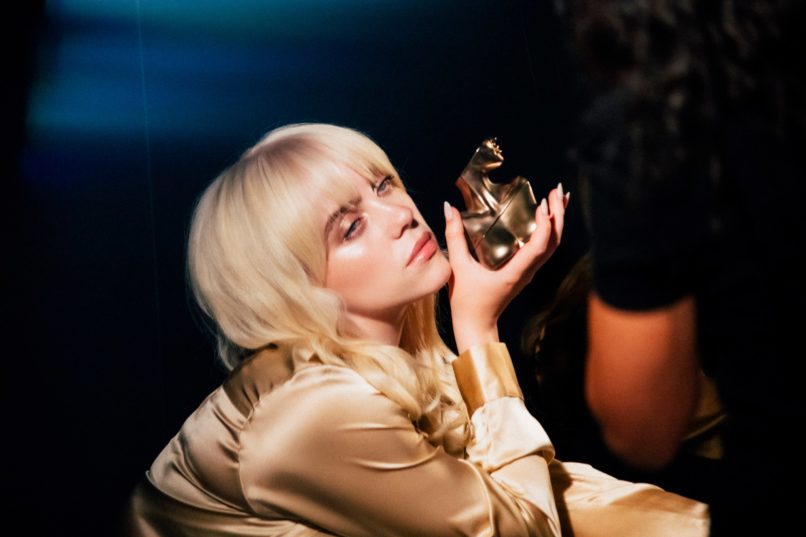 A few days earlier, Billie Eilish already made headlines with her arrival at the MET gala in a sumptuous dress signed Oscar de la Renta, reminiscent of a Marilyn Monroe outfit. But the young star had one condition before deciding to wear it — that the luxury house adopts a more animal-friendly policy by ceasing to use fur.

Billie Eilish isn’t the only celebrity in the vegan fragrance niche. Ariana Grande also presented an entirely vegan and cruelty-free fragrance this summer called “God Is a Woman.”

We’ll have to wait until November to discover this first fragrance, which is set to retail for US$68 dollars (approx. S$91) online here.

This article was published via AFP.