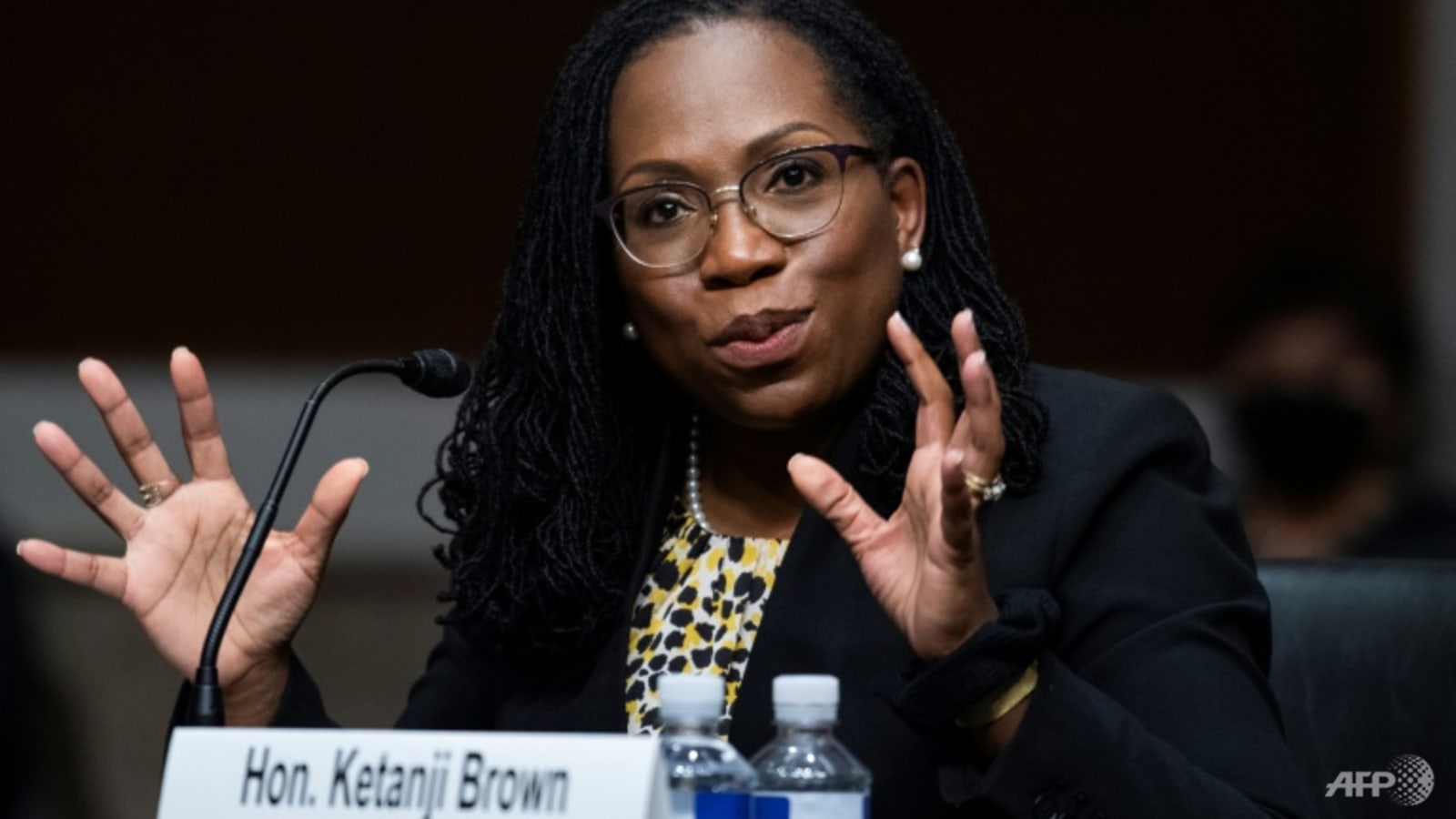 WASHINGTON: President Joe Biden picked Ketanji Brown Jackson on Friday (Feb 25) to be the first Black woman in US history to serve on the nation’s highest court.

“I’m proud to announce that I am nominating Judge Ketanji Brown Jackson to serve on the Supreme Court,” Biden said. “She is one of our nation’s brightest legal minds and will be an exceptional Justice.”

The president will officially unveil his decision later Friday at an appearance with Jackson, the White House said.

Jackson, 51, was appointed to the federal bench in 2013, and was backed by three Republican senators last year when she was elevated to the DC Circuit Court of Appeals, seen as a staging ground for aspiring Supreme Court justices.

With one liberal justice replacing another the announcement will not reshape the ideological make-up of the court – but it is a huge moment for Biden personally and politically.

White House officials hope it will provide a few days of positive news coverage ahead of the president’s State of the Union address on Tuesday.

The pick presents an opportunity for the administration to pivot from a spate of bad news in recent months, with Biden’s domestic agenda stalled amid runaway inflation and plummeting poll numbers.

The announcement is a chance for Biden to show the Black voters who rescued his floundering 2020 primary campaign that he can deliver for them following the recent defeat of voting rights legislation.

“Ketanji Brown Jackson is an intellectual heavyweight and highly regarded jurist who has dedicated her life and career to the service of others,” said Mondaire Jones, one of the first Black openly gay congressmen.

Black Americans are among Biden’s strongest supporters, with two-thirds approving of his job performance, according to a CBS poll released last week.

His popularity among the key demographic however declined over the months following his inauguration and he has not recovered the lost ground.

Reflecting Washington’s bitter political divisions, at least two top Republicans depicted Jackson as the darling of what they called the American far left.

One of them, Lindsey Graham, who had backed the idea of Jackson on the court, changed tack Friday and said the choice meant “the radical left has won President Biden over again.”

Senate minority leader Mitch McConnell made a similar derisive comment, saying Jackson was “the favored choice of far-left dark-money groups that have spent years attacking the legitimacy and structure of the Court itself.”

But neither said outright they would oppose Jackson’s getting the job.

After Justice Stephen Breyer announced his retirement, Biden narrowed his preferred candidates to a handful of top legal figures including J. Michelle Childs, a federal judge in South Carolina, and Leandra Kruger, who sits on the California Supreme Court.

In his first year in office, Biden nominated 62 women to the federal judiciary, including 24 Black women. But there are still only a few dozen active Black female judges on the federal bench out of almost 800 total.

The president had promised during his successful 2020 White House run to nominate a Black woman to the Supreme Court for the first time in US history.

Jackson will now go through weeks of hearings and meetings with senators before her nomination comes to the floor, likely in early April.

Republicans cannot block a Supreme Court nomination as long as all 50 Senate Democrats stick together, but the comments by Graham and McConnell signal an even tougher road ahead than earlier believed.

Presidential hopeful Ted Cruz said it was “offensive” for Biden to have said he would consider only Black women for the post when they constitute about six percent of the population.

Senator Susan Collins said making the pledge before the 2020 election was “clumsy” and risked further politicizing perceptions of the court.

But the party has shown little appetite for a fight, which they fear could backfire, and are trying to keep the focus on kitchen table issues such as spiraling fuel and food costs.

The announcement also represents another first in US history.

Biden presided over Breyer’s confirmation to the Supreme Court as chairman of the Senate Judiciary Committee in 1994, and has now named Breyer’s replacement.