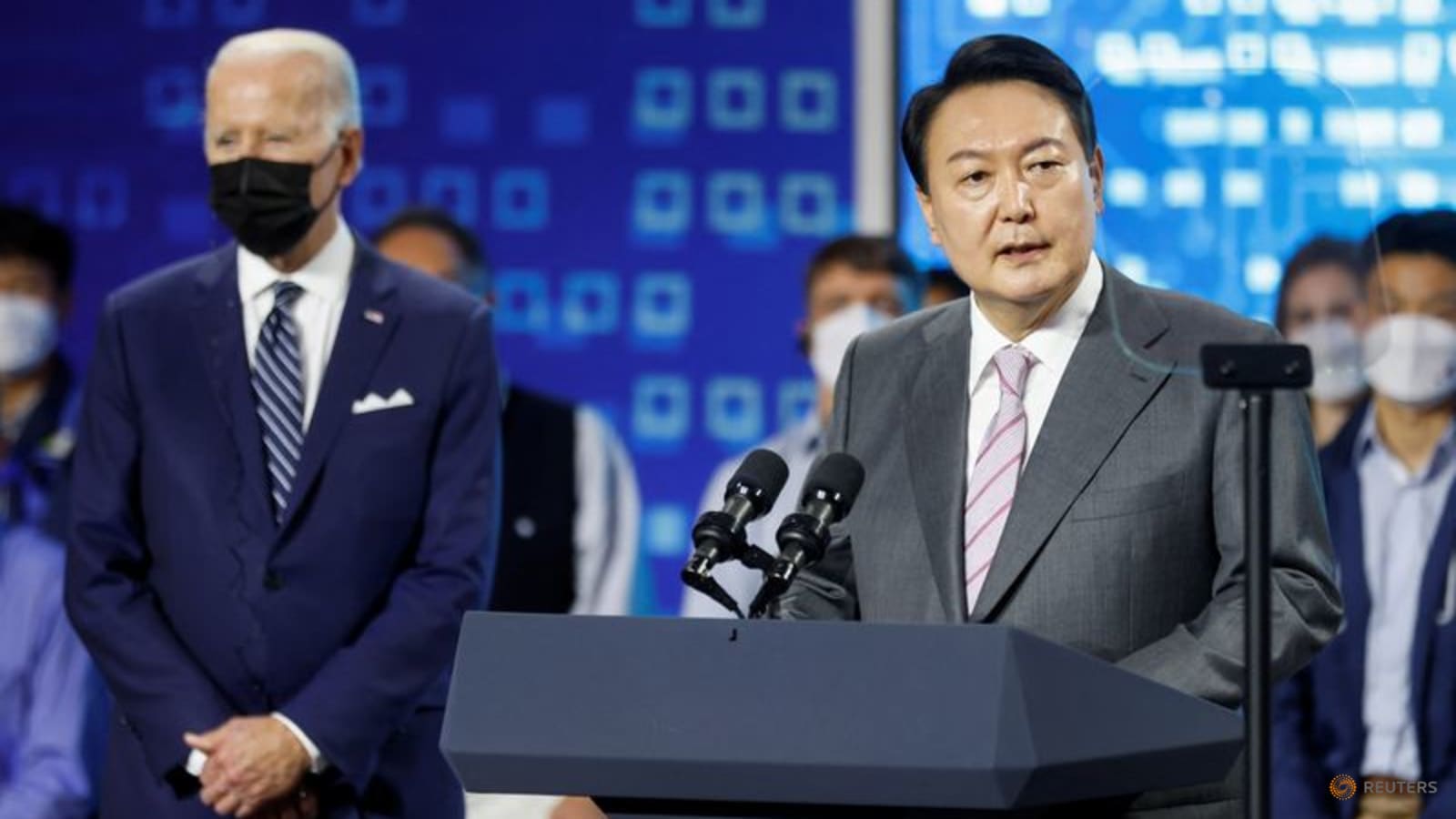 SEOUL: US President Joe Biden and his new South Korean counterpart said on Saturday (May 21) their countries’ decades-old alliance needed to develop not only to face North Korean threats but to keep the Indo-Pacific region “free and open” and protect global supply chains.

Biden and Yoon Suk-yeol are meeting in Seoul for their first diplomatic engagement since the South Korean president’s inauguration 11 days ago. The friendly encounter between allies is clouded by intelligence showing North Korean leader Kim Jong Un is prepared to conduct nuclear or missile tests.

After the first of the bilateral meetings scheduled for Biden’s visit, the US president said the alliance continued to deter the North, which has resumed testing its largest missiles for the first time in nearly five years and appears to be preparing for a new nuclear test.

The alliance, which dates to the 1950 to1953 Korean War, must further develop to keep the Indo-Pacific “free and open”, Biden said.

He said the alliance was built on opposition to changing borders by force – an apparent reference to Russia’s war in Ukraine and China’s claims over Taiwan.

Changes in international trade and supply chains gave new impetus for the two countries to deepen their relationship, Yoon said, calling for cooperation on electric batteries and semiconductors.

Biden used the visit to tout investments in the United States by Korean companies, including a move by South Korea’s Hyundai Motor Group to invest about US$5.5 billion to build its first dedicated fully electric vehicle and battery manufacturing facilities in the United States.

The two leaders toured a massive Samsung semiconductor plant on Friday evening, where Biden said countries like the United States and South Korea that “share values” needed to cooperate more to protect economic and national security.

Yoon, keen for South Korea to play a bigger role in regional issues, is expected to make his country one of the inaugural members of Biden’s Indo-Pacific Economic Framework (IPEF), which will be announced during the trip to set standards on labour, the environment and supply chains.

But, given that China is South Korea’s top trading partner, he is likely to strike a cautious tone in public on the topic of explicitly countering Beijing. He said on Friday that South Korea’s joining the IPEF did not have to conflict with the countries’ economic ties.

Although White House officials have sought to play down any explicit message of countering China, it is a theme of Biden’s trip and one that has caught the eye of Beijing.

“We hope that the US will match its words with deeds and work with countries in the region to promote solidarity and cooperation in the Asia-Pacific, instead of plotting division and confrontation.”

A senior Biden administration official told reporters on Saturday that the two leaders would discuss nuclear cooperation and that Washington remained ready for diplomacy with North Korea.

“It is very much our desire that we find ways to have a diplomatic approach,” the official said. “We have made very clear we’re prepared to talk to them, and with no preconditions, and we’re also prepared to take steps to address their domestic challenges, including COVID.”

But it was unclear how Biden and Yoon would jumpstart talks with the North Koreans, who have rebuffed Washington’s efforts at engagement since Biden took office last year.

Yoon has signalled a tougher line on North Korea than his predecessor and is expected to ask for Biden’s help. Yoon has warned of a preemptive strike by South Korea if there is a sign of an imminent attack and vowed to strengthen the South’s deterrent capability.

North Korea’s first acknowledged COVID-19 outbreak, which the US official described as “quite serious”, may provide a diplomatic opening.

North Korea reported more than 200,000 new patients suffering from fever for a fifth consecutive day on Saturday, but the country has little in the way of vaccines or modern treatment for the pandemic.