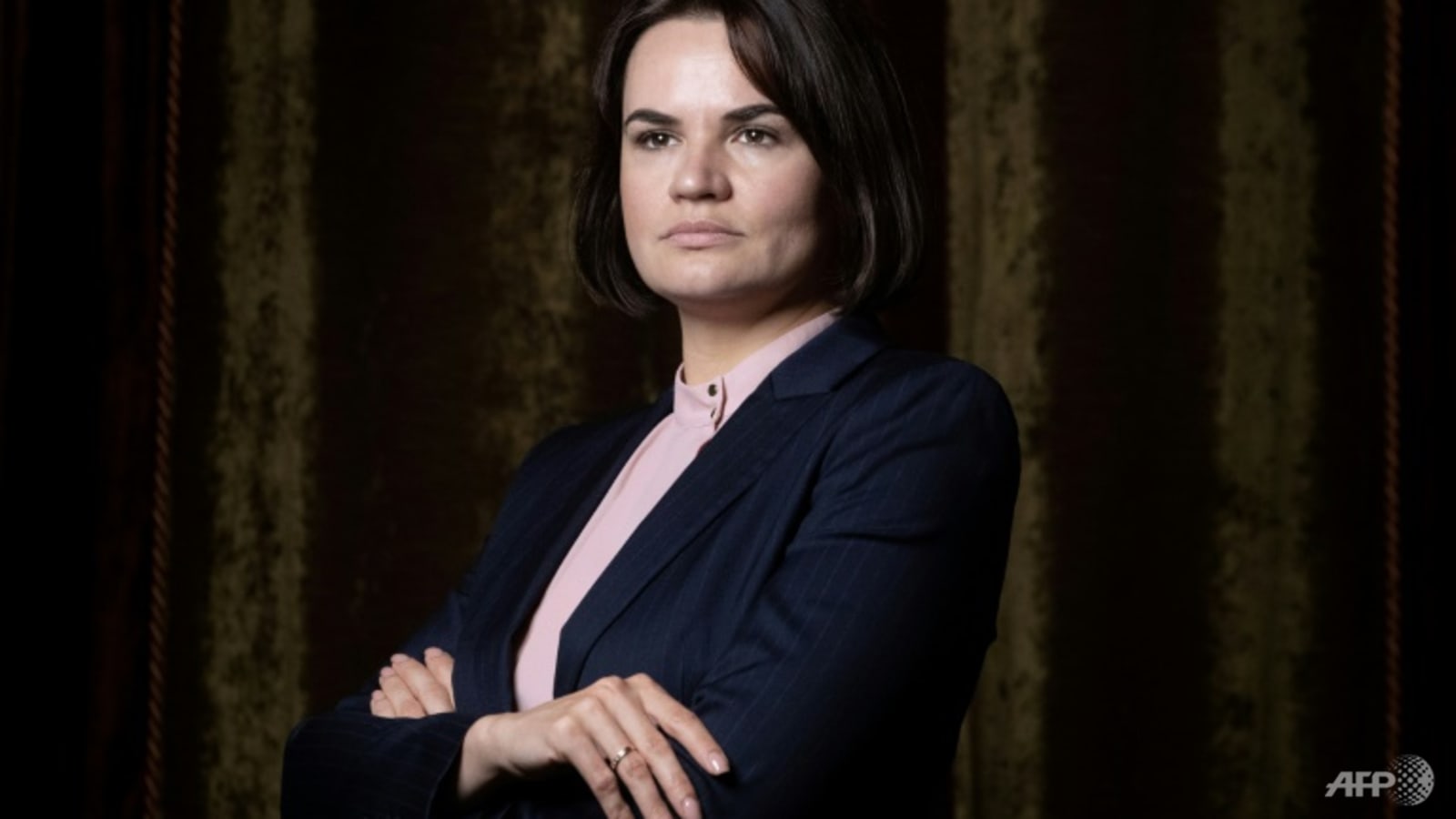 PARIS: The presence of tens of thousands of Russian troops inside Belarus, which the West fears could be used to invade Ukraine, represents a threat to Belarusian independence, the country’s exiled opposition leader said Wednesday.

Svetlana Tikhanovskaya, who the West believes was the true winner of August 2020 presidential elections that kept autocratic leader Alexander Lukashenko in power, told Agence France-Presse that her country now needed to fight “for our independence” as well as “against dictatorship”.

She also expressed horror that a referendum in Belarus this weekend could give Lukashenko the legal means to house Russian nuclear weapons in the country.

Lukashenko was prepared to sacrifice the country’s sovereignty because he was “grateful” for the Kremlin’s support in the aftermath of the 2020 vote that prompted mass protests, said Tikhanovskaya, who now lives in Lithuania.

“We want to be friends with our neighbours but we do not want to be the appendix of another country,” she said during a visit to Paris.

“We see that our independence now is under threat … We see the threat of a slow occupation of our country.”

Tikhanovskaya said she believed there were now some 30,000 Russian troops in Belarus – ostensibly there for carrying out military drills – as well as even more units of military hardware.

“But it’s not in our national interest. People do not want these troops on our lands, we do not want to be a country that is an aggressor to our Ukrainian brothers.”

The military exercises were supposed to end last weekend but Minsk then announced that the troops would remain to carry out more manoeuvres for an unspecified duration.

The Ukrainian capital of Kyiv lies just 150 kilometres south of the Belarusian border, while the northern Ukrainian city of Chernigiv is a mere 60 kilometres east of Belarus.

Tikhanovskaya urged Western powers to denounce the Feb 27 referendum on constitutional reform called by Lukashenko, who has been in power for almost three decades and is accused of brutally repressing the 2020 post-election protests.

Opposition activists say there are now over 1,000 political prisoners in Belarus.

Tikhanovskaya said the most concerning aspect of the referendum was proposed changes to Belarus’ neutrality that would allow it to house Russian nuclear weapons.

“It shows us where Lukashenko wants to go. He can use our territory for nuclear weapons and this will be a huge threat to Europe,” she said.

Lukashenko had already raised the prospect earlier this month that Belarus could host nuclear weapons.

“All countries must declare they do not accept any result of this referendum, it is illegitimate. If something happens with a nuclear weapon, Lukashenko will bear all the responsibility,” said.

“We want to be neutral,” she added, noting that the presence of Russian troops in Belarus also represented a risk for Lukashenko, who was dependent on the Kremlin rather than popular support to stay in power.

“The illegitimate leader understands this is a threat to himself as well,” she said. “He is weak and he may also think that one day when the Kremlin does not need him, they can get rid of him.”