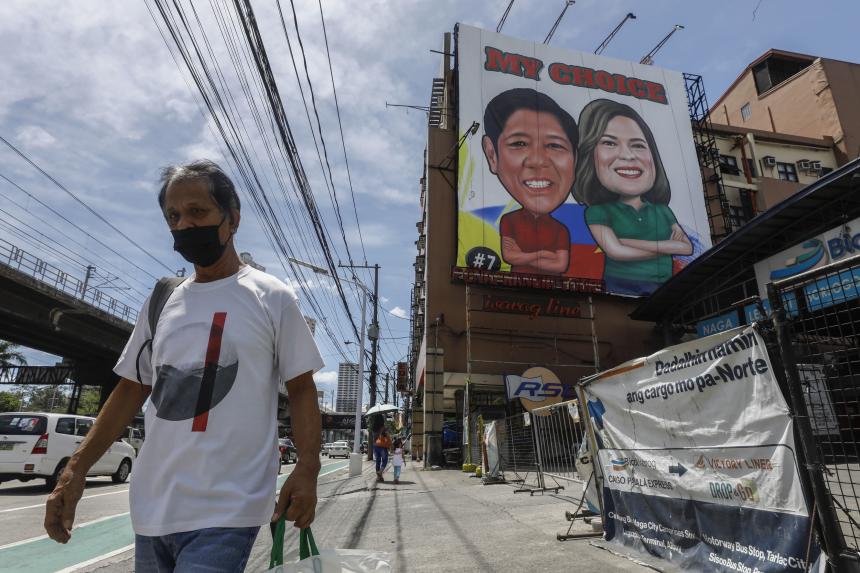 MANILA – China hopes the next Philippine president will stay the course when dealing with disputes in the South China Sea, amid fresh flare-ups around a disputed shoal west of the Philippines’ main island.

The message emerged from a video call Philippine President Rodrigo Duterte had with Chinese President Xi Jinping on Friday (April 8).

He added that China “maintains the continuity and stability in its policy towards the Philippines, and is willing to work with the country to promote sustained and sound development of the bilateral relations so as to reach new levels”.

The Philippines’ Foreign Ministry said in a statement: “Both leaders acknowledged that even while disputes existed, both sides remained committed to broaden the space for positive engagements which reflected the dynamic and multi-dimensional relations of the Philippines and China.”

Mr Duterte is set to step down next month after a six-year term.

“The leaders took stock of and reviewed the Philippines-and-China ties over the last six years and described the trajectory of relations as one that is positive and created greater space for partnership and cooperation,” the Philippines’ Foreign Ministry said.

Mr Xi recalled Mr Duterte’s first visit to China in October 2016 that he described as “an ice-breaking trip and a milestone”, according to Xinhua.

That visit was meant to demonstrate Mr Duterte’s foreign policy shift shortly after he took office earlier that year, as he sought to pivot towards China and away from the United States, the Philippines’ long-time ally.

He set aside a 2016 ruling by the Permanent Court of Arbitration in The Hague on a case filed by the Philippines that denied China’s claim to the South China Sea. He also suspended military exercises with the US.

In 2018, just before he flew off for a third visit to China, Mr Duterte declared: “I simply love Xi Jinping. He understands my problem and is willing to help… I need China, more than anybody else, at this point.”

In turn, China eased up on its patrols around Scarborough Shoal to allow more Filipino fishermen into the waters around it.

The Chinese coast guard also stopped harassing supply runs to marines guarding another contested island in the South China Sea. But the concessions never went beyond that.

Mr Duterte said he did raise the South China Sea ruling with Mr Xi, insisting that it is “final, binding and not subject to appeal”. But Mr Xi rebuffed him. In the end, they agreed to disagree.

What he got from China instead were military aid during a devastating war with Muslim rebels who seized Marawi city in 2017, and masks, test kits and vaccines during the Covid-19 pandemic.

Friday’s call came days after both countries traded accusations over skirmishes between their coast guards around Scarborough Shoal.