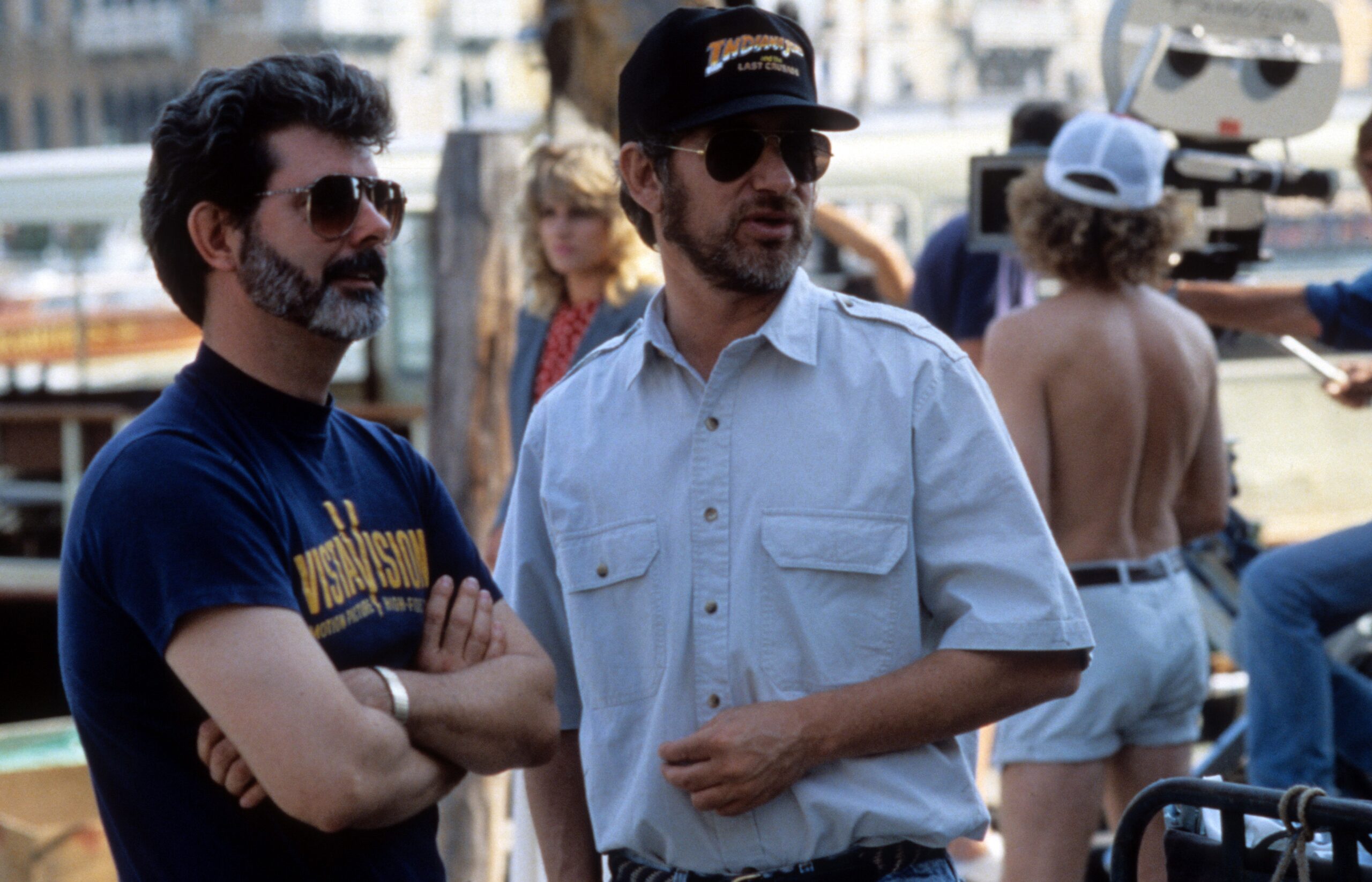 Surveying my wardrobe during some recent spring cleaning, I thought about which items of clothing draw the most attention from random strangers. It’s not my pair of perfect midcentury French army pants, or the Needles mohair cardigan I somehow nabbed for an excellent price. Rather, it’s the deadstock Jackie Brown shirt I nabbed at a thrift store. Whenever I wear it, somebody pauses to (correctly) tell me that it’s one of Tarantino’s best films. The two runners-up in the category of “apparel most likely to result in a stop-and-chat” are my Seinfeld sweatshirt that looks like something Jerry would have worn while doing a table read in 1991, and a ball cap embroidered with the phrase, “A Film By Nora Ephron.”

I’m obsessed with such promo swag, and it takes up an ever-larger share of my closet. Some of it is vintage, like a supposedly authentic crew jacket from Spike Lee’s Do the Right Thing. But a good chunk is new, made by similarly obsessed fans who recreate or invent retro looks from, connected to, or influenced by big- and small-screen favorites. I jumped when the account Misc En Scene sold long-sleeve shirts printed with the title card for Joan Micklin Silver’s 1988 romcom, Crossing Delancey, and bought a hat, produced this year, with the logo from the 1985 Albert Brooks classic, Lost in America. If something looks like it could have been handed out at a 1996 Planet Hollywood premiere party, count me in. I call it auteurcore, and it seems to be everywhere now.

Eloy Lugo, who runs the auteurcore brand Human Boy Worldwide, feels the same way. The Los Angeles-based music publicist has long been obsessed with promotional swag and memorabilia, and much of the gear he and his wife Ali Koehler put out is a reflection of hours spent on eBay looking for old hats, jackets and other wearable mementos of various movies and shows. They made my Lost in America hat, but I’ve also copped their shirts for the 1978 film Girlfriends, as well as a Larry Sanders Show tee. They carefully curate hip, classic, culty, or nostalgic films and series for their if-you-know-you-know quality, but also duplicate an era-specific look and feel. “The idea is to replicate the fit of a vintage shirt,” Lugo says, ”as opposed to the modern fit where shirts are very skinny and long with tiny sleeves that only fit a specific kind of body.” Human Boy Worldwide designs shirts “so you don’t sacrifice the comfort while getting a more forgiving boxy fit.”

Auteurcore is a new niche for the authentic bootleg ethos. It isn’t necessarily a big moneymaker; the people designing, selling, or trading these wares often do it just because they want to see shirts and hats with their favorite movie or show logos on them. You’ll rarely read the words “authorized merchandise” on these offerings, turning Instagram into something like a Grateful Dead lot, but for cinephiles. The Instagram account Director Fits, which has sold shirts connected to Paul Thomas Anderson’s Licorice Pizza and Brian de Palma’s 1984 classic Body Double, has lately detoured into auteurcore cosplay: they recently recreated and sold a USC Cinema hat like the one Steven Spielberg sported on set in the ‘80s and ‘90s. Even brands like Kith have gotten into the act: Their recent Curb Your Enthusiasm and Goodfellas collabs sold out in minutes. And the label Petrified Good recently unveiled a vintage Patagonia “crew jacket” on which they sewed a patch featuring the logo for the overlooked 1985 Martin Scorsese classic, After Hours — which you can pair with other Petrified Good-wear, such as a cap emblazoned with an old Apple logo, and some Baggies embroidered with a “Neil Young and Crazy Horse” emblem.