Australia is under pressure to release a refugee family from a Christmas Island detention centre after their three-year-old child had to be medically evacuated to the mainland.

Tharnicaa Murugappan was taken to a Perth hospital after being unwell with a fever, vomiting and dizziness.

Advocates say she has since been diagnosed with sepsis and pneumonia, and is in a stable condition.

But they criticised the delay in obtaining adequate medical care.

Tharnicaa had been sick for about 10 days before authorities took her to the hospital on Christmas Island, and later transferred her to Perth.

Her mother, Priya Nadesalingdram, said she had repeatedly asked for antibiotics or hospital treatment, but doctors only gave her paracetamol and ibuprofen pills. 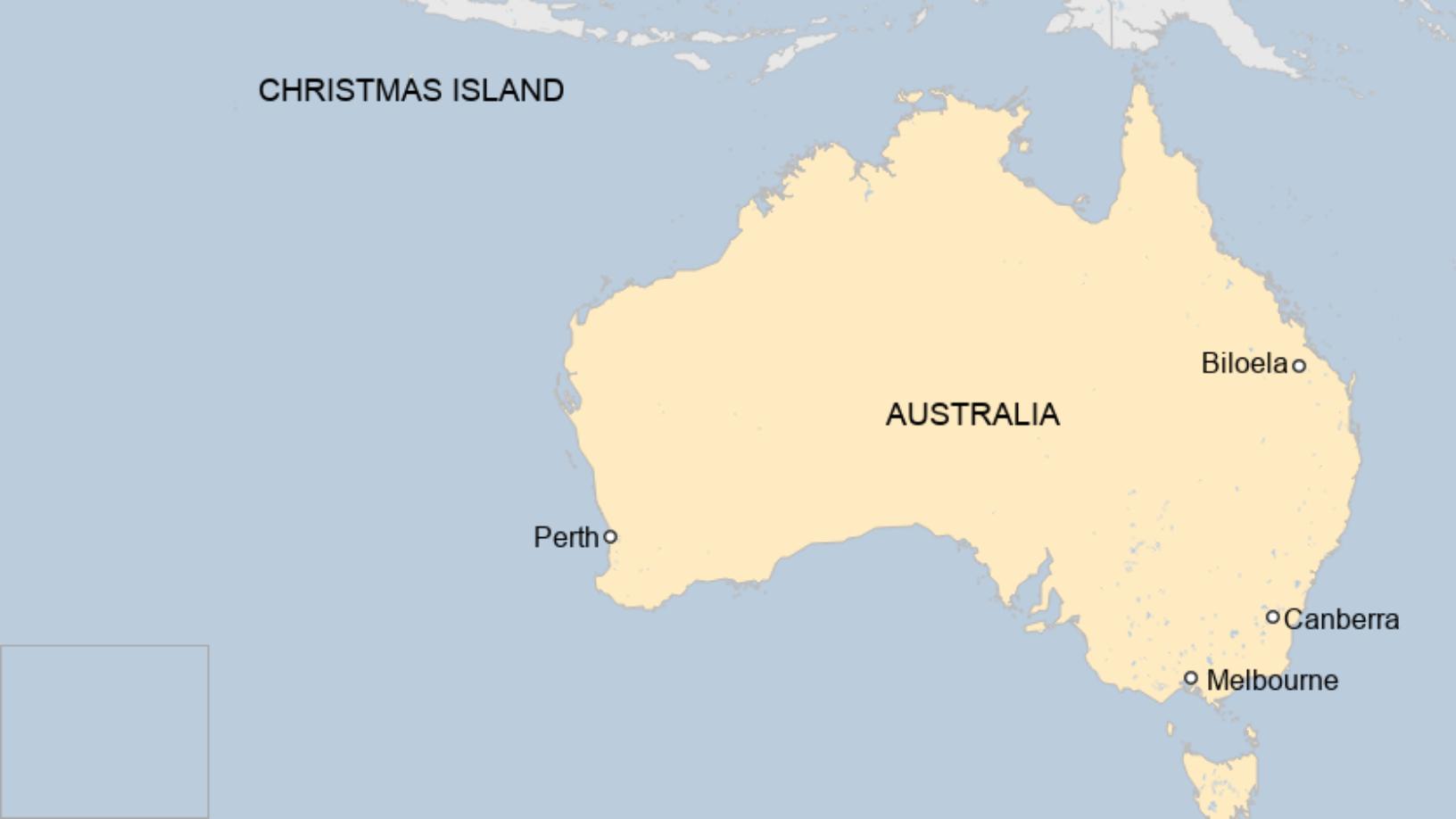 Australian authorities have defended the level of care given to the family on the island, telling the BBC that Tharnicaa had received treatment on Christmas Island “consistent with medical advice”.

“The Australian Border Force strongly denies any allegations of inaction or mistreatment of individuals in its care,” a spokesperson said in a statement.

The three-year-old’s medical evacuation has reignited public concern for the family and their case for asylum.

Her parents, Tamil refugees from Sri Lanka, arrived by boat in Australia nearly a decade ago seeking asylum.

They settled in the Queensland country town of Biloela, where their two girls, Tharnicaa, and Kopika, 6, were born.

However, the family were moved to Christmas Island in 2019 after a court injunction ruled they could not be removed from the country.

The town of Biloela has fought for them to stay, kicking off a legal battle that has dragged through the nation’s top courts.

Tharnicaa’s mother Priya has been allowed to accompany her to the Perth hospital, but her father Nades and older sister Kopika remain on the island.

The girl’s illness has prompted supporters of the family, including several opposition lawmakers, to renew calls for the government to release them.

The Home Affairs Minister Karen Andrews has the power to grant the family a visa to stay in Australia.

“This family should not be in detention – they should be in their community in Biloela,” said Labor’s home affairs spokeswoman Kristina Keneally.

On Tuesday, the Australian government announced it was considering deals where the family could be resettled in the US or in New Zealand.

But the family’s lawyer, Carina Ford, said neither she or her clients had been approached about the prospect. Supporters still want the family to be returned to their Queensland home.

“We have a perfectly good resettlement option here in Biloela. We continue to urge Minister Karen Andrews to use ministerial discretion and let our friends come #HomeToBilo, where they will be safe and loved,” the HometoBilo campaign wrote.

Australia has a hardline refugee policy where it refuses to take in asylum seekers who arrive by boat. The government says this is to stop the practice of people smuggling, but human rights groups have criticised the measure as arbitrary and a breach of refugee rights,

Australia’s tough immigration laws also allow it to lock up what it terms “unlawful non-citizens” like the Murugappans in detention for an indefinite length of time – a policy that has also been strongly criticised by the UN and human rights groups.

Thousands of asylum seekers have been held in facilities off the mainland since 2013, when the government introduced “offshore processing” of boat arrivals.

They wait there while their refugee claims are assessed, a process that can take years.

Time to explore. Within and Without.