There arguably isn’t an American race car more storied than the Ford GT40. After all, without it there would be no Ford v. Ferrari tale to tell. Now, an ultra-rare example of the car is up for grabs—and the lucky new owner can even drive it home.

One of just 30 street-legal 1966 GT40 MKIs built by the Blue Oval was just posted for sale by UK exotic car dealer Tom Hartley Jnr. The car’s exclusivity is more than enough to make it noteworthy, but adding to its desirability is the fact that it’s still factory-spec, making it one of the most correct examples of the legendary vehicles still in existence. 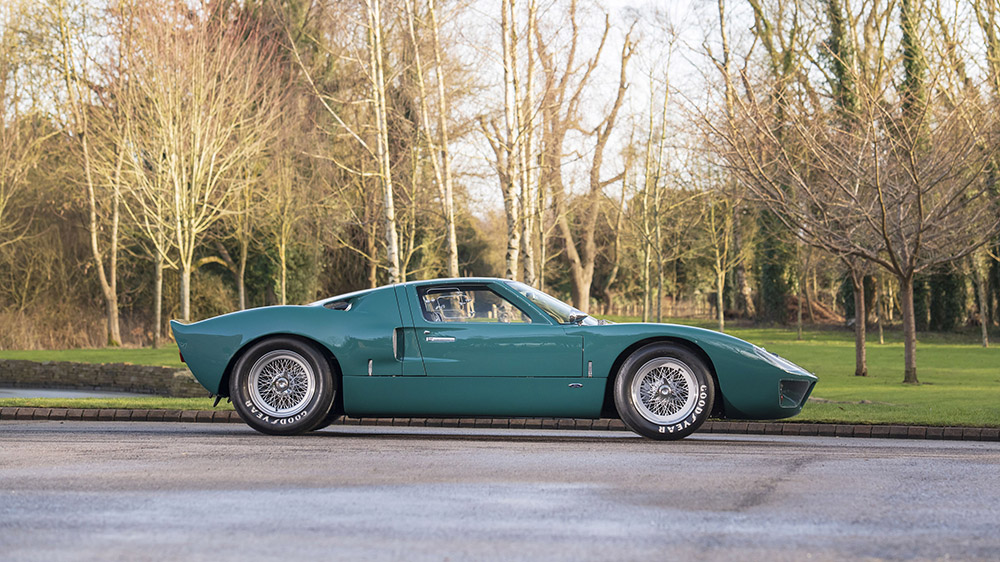 The GT40, which was powered by an American engine but built in the UK, was designed with one goal in mind, to beat endurance racing’s top dog, Ferrari. The MKI was the first version of the vehicle and while it was unable to best the Prancing Horse’s racers in 1964 and 1965, it laid out the blueprint for the triumph of its successor, the MKII. That would come in 1966, when the second iteration of the vehicle claimed 1-2-3 finishes at Daytona, Sebring and, as depicted in 2019’s Ford v. Ferrari, Le Mans.

This particular example, chassis no. P/1057, wasn’t built for the track, but that doesn’t mean the car is any less capable. The mid-engine speed machine is powered by a 4.7-liter V-8 mill mated to a manual transmission that is capable of churning out up to 306 hp and 329 ft lbs of twist. Not bad for a car that’s 55 years old. 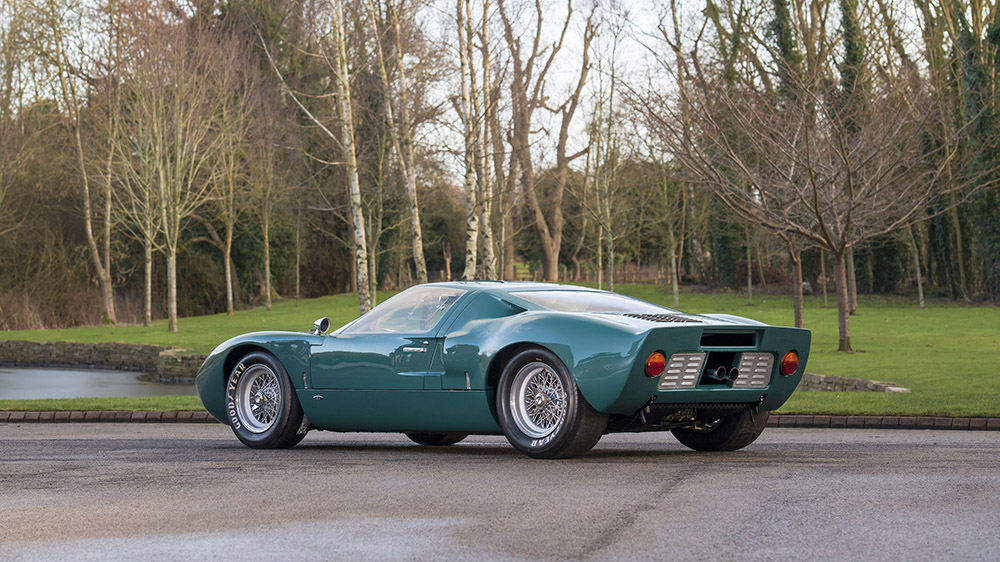 But what really puts this GT40 MKI over the top is its condition. Fresh off a recent cosmetic refurbishment, the car is still finished in its original Warwick Green (it’s the only one delivered in that hue). It comes complete with all of its factory parts—including its matching engine, cams, valves and fuel and oil lines—unlike so many other examples that were converted for track driving. The car comes with documentation saying as much, as well as its original luggage boxes and spare wheels.

If the thought of taking an original GT40 for a spin around town excites you—and how could it not?—reach out to Tom Hartley for more details. No price is listed for the car, but we expect it’ll be steep.