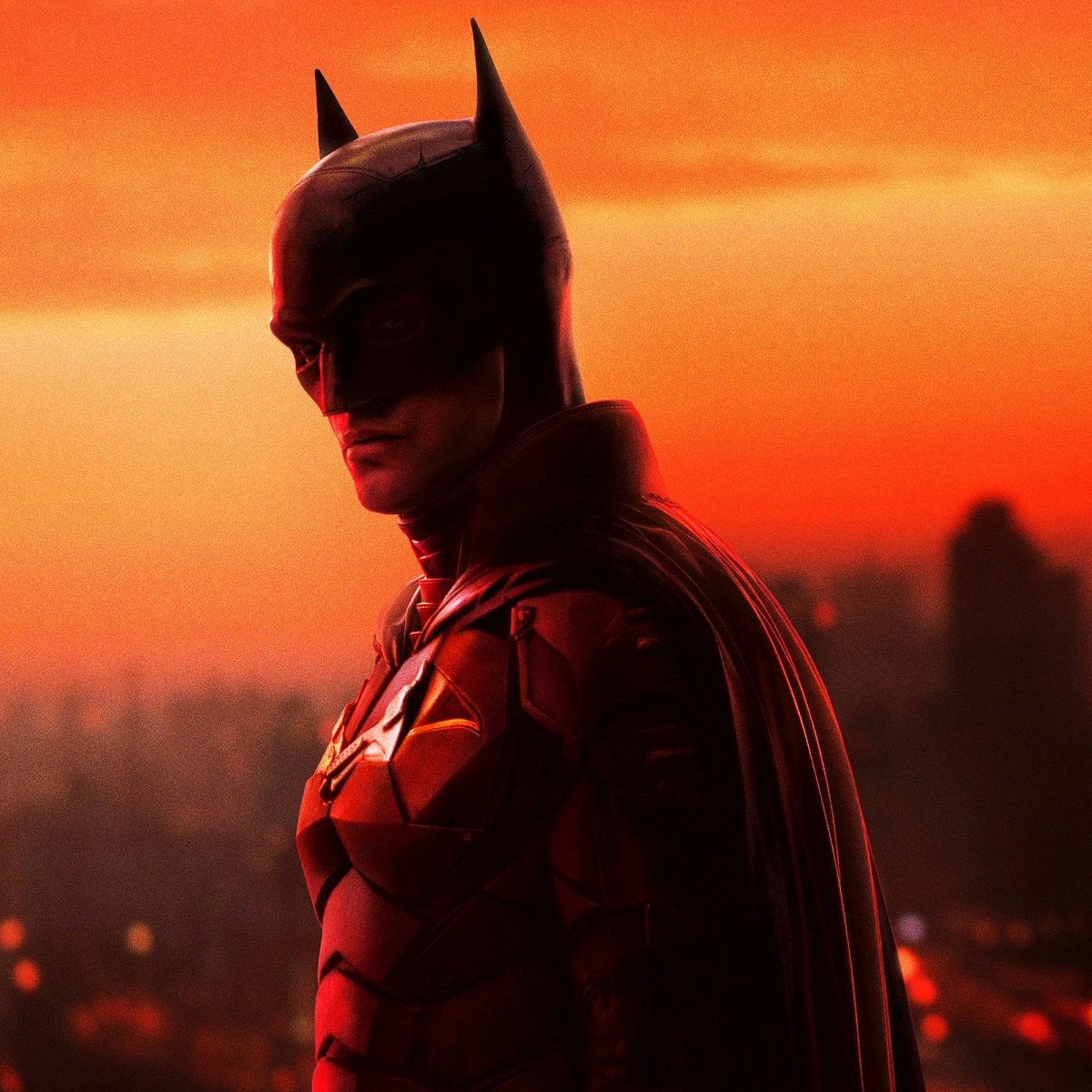 Created by artist Bob Kane and writer Bill Finger, Batman has been one of the biggest superheroes to have enthralled comic book fans for around eight decades. Thus, the excitement for The Batman, a film starring Robert Pattinson as the superhero, is high. This also means that it is the perfect time to watch all of the notable Batman movies and shows released till date.

The upcoming film has added a new chapter to the legacy of Batman films and shows which have been entertaining fans for decades.

Batman (1966–1968) was the first TV series based on the superhero. With Adam West as Batman and Burt Ward as Robin, the show was a hit with fans and critics alike. The success of the serial led to the creation of the first film with the same lead actors.

Since then, Batman, who is famously nicknamed ‘Caped Crusader’ and ‘Dark Knight’, has appeared in numerous television shows and films — both live-action and animation. Not all, however, are necessary to watch before Pattinson dons the cowl and cape. Whereas, others, such as the Christopher Nolan trilogy, are essential to watch not only because they help understand how much the comic book icon has evolved with time but also because of the performances, plots and villains.

This makes the crime-fighting comic character all the more fascinating. Additionally, he has remained relevant to new generations over decades.

The best Batman films and shows to watch before The Batman

Batman is the first feature film based on the DC comic book character. It was adapted from the successful television series of the same name that was on air at the time of the film’s release. As such, most of the other cast members of the series were part of the movie. While Adam West, who played the hero in the Batman TV series, donned the cowl and cape for the film, Burt Ward joined him as Dick Grayson, aka Robin.

The film is noteworthy for its goofy take on the comic book characters. Its story revolves around Batman and Robin trying to thwart a dangerous plan hatched by the Joker (Cesar Romero) with the Riddler (Frank Gorshin), the Penguin (Burgess Meredith) and Catwoman (Lee Meriwether).

Batman is about the ‘Caped Crusader’ trying to keep Gotham City safe from criminals in the early days of his crime-fighting career. Jack Napier (Jack Nicholson), a top mob member, falls into a chemical vat during an encounter with Batman (Michael Keaton). Napier returns as the Joker, and Batman faces an enemy like none before.

The 1989 film came after two decades of lacklustre movies and animated shows featuring the comic book hero. It was the first of Tim Burton’s critically acclaimed Batman films under Warner Bros. production and won the Oscar for the Best Art Direction-Set Decoration. Critics see it as the first serious Batman movie, noteworthy for Nicholson’s performance as the Joker.

Michael Keaton returned as the ‘Dark Knight’ in this film, which was the second and last on the DC hero by Burton.

In the film, Penguin (Danny DeVito) wants to gain control of Gotham City using the corrupt business magnet Max Shreck (Christopher Walken). Standing in their way is Batman, who receives help from a former employee of Shreck — Selina Kyle, aka Catwoman (Michelle Pfeiffer).

The dark and brooding Batman Returns was even more critically and commercially successful than its predecessor and was nominated for two Academy Awards.

While The Batman/Superman Hour (1968–1969) is the first animated series featuring the ‘Caped Crusader’, Batman: The Animated Series is critically and conceptually better.

In fact, the series, which is part of the DC animated universe, is counted among the finest animated shows of all time. It won the Primetime Emmy Award for Outstanding Animated Program (For Programming One Hour or Less) in 1993.

The series is essentially about Batman (voiced by Kevin Conroy) fighting an array of his famous villains, including the Joker (Mark Hamill), to keep Gotham City safe. He is sometimes helped in his mission by Robin (voiced by Loren Lester) and Batgirl (voiced by Melissa Gilbert).

A new vigilante assassin, known as the Phantasm, is taking out mob bosses in Gotham for which Batman (voiced by Kevin Conroy) finds himself wrongly implicated. To clear his name as the assassin, the ace crime-fighter now must use his famous detective skills and goes after the Joker (voiced by Mark Hamill). Meanwhile, Wayne’s former flame, Andrea Beaumont (voiced by Dana Delany) returns to Gotham.

Batman: Mask of the Phantasm was the first of animated Batman movies and is one of the best of them. It created a newfound following for the DC hero and the Phantasm.

The only saving grace of the otherwise poorly-received film is Tommy Lee Jones and Jim Carrey, who played Two-Face and the Riddler, respectively. Directed by Joel Schumacher, Batman Forever was the third film under Warner Bros. production. However, the film received three Oscar nods.

Batman (Val Kilmer) must prevent Two-Face, who is the disfigured Harvey Dent, and the Riddler, a psychopathic inventor who once worked for Wayne Enterprises, from using a brain manipulation device on Gotham’s citizens. Helping him is Dr. Chase Meridian (Nicole Kidman) and a circus acrobat named Dick Grayson (Chris O’Donnell), who becomes Batman’s sidekick, Robin.

Batman & Robin is the worst Batman film of all time in the eyes of both critics and fans. On Rotten Tomatoes, it has a rating of just 12 percent.

Chris O’Donnell returns as Robin in this Joel Schumacher film. Instead of Val Kilmer, Batman is played by George Clooney. In the film, Batman and Robin have to thwart the designs of the evil Dr. Victor Fries (Arnold Schwarzenegger), who becomes Mr. Freeze following an accident, and ecoterrorist Dr. Pamela Isley, aka Poison Ivy (Uma Thurman). Joining the heroes is Batgirl (Alicia Silverstone).

Batman Beyond is set in a future Gotham City where Bruce Wayne (voiced by Kevin Conroy) is living the last days of his life as an old recluse. When a high schooler named Terry McGinnis (voiced by Will Friedle) stumbles upon Wayne’s secret, the former ‘Dark Knight’ finds in the young boy a new Batman. The younger Batman is supported by his trusted allies, such as Maxine “Max” Gibson (Cree Summer).

Batman Begins is the first film of Christopher Nolan’s Dark Knight trilogy and one of four most critically acclaimed films on the ‘Caped Crusader’. Christian Bale stars as Batman in the Nolan trilogy. Gary Oldman as James Gordon, Michael Caine as Alfred Pennyworth and Morgan Freeman as Lucius Fox also appear in all three films.

In the film, a young Bruce Wayne witnesses the murder of his parents. Years later, a vengeful Wayne undergoes training in martial arts with a mysterious organisation named League of Shadows. When he learns that the leader of the organisation, Henri Ducard, aka Ra’s al Ghul, (Liam Neeson) wants to destroy Gotham, Wayne returns to his city as Batman to stop the catastrophe with help of his love interest Rachel Dawes (Katie Holmes). He faces an even more dangerous foe — Dr. Jonathan Crane, aka Scarecrow (Cillian Murphy).

The most acclaimed of all Batman films, The Dark Knight is a psychologically dark story of vengeance and absolute mayhem. From its direction to its music, everything was received with universal praise upon its release, as it went on to become the highest-grossing film of 2008 worldwide. The Dark Knight was nominated for eight Academy Awards and won two.

The story is set a few years after the events of Batman Begins where Wayne struggles to keep Wayne Enterprises running. Later, when a crazed criminal named the Joker (Heath Ledger) throws the entire city into chaos and confusion, Wayne must step up as Batman to save the dying city.

While Holmes was replaced by Maggie Gyllenhaal in the role of Rachel Dawes, new characters include Harvey Dent (Aaron Eckhart).

Every actor played their role to perfection. But above all, it was Ledger’s performance as the Joker that was the defining element of the film.

Ledger, who passed away before the film’s release, won every major award the following year for his incredible performance as the menacing and scheming ‘Clown Prince of Crime’. He was posthumously awarded the Oscar, the BAFTA, the Golden Globe and the Screen Actors Guild Award in their respective supporting actor category.

The Dark Knight Rises is the last film of Nolan’s acclaimed Batman franchise. It is the highest-grossing of all Batman films, having earned over USD 1 billion dollar worldwide in its lifetime.

The story begins eight years after the events of the previous film, in which Batman disappeared after the death of Dent. Now, Gotham is threatened by a terrorist named Bane (Tom Hardy) who has a connection to the League of Shadows.

The two-part direct-to-video animated Batman films are set in the Cold War period of the mid- to late 1980s. Based on Frank Miller’s comic book of the same name, both parts were directed by Jay Oliva and were received with critical praise.

A 55-year-old Bruce Wayne (voiced by Peter Weller) is forced to come out of retirement and become Batman once again to take on Two-Face (voiced by Wade Williams) and the Joker (voiced by Michael Emerson) one last time, with Carrie Kelley (voiced by Ariel Winter) as the new Robin.

However, other than the Gotham Police, Batman also has to face Superman (voiced by Mark Valley), who has been sent by the US government to stop the ‘Dark Knight’.

Gotham is primarily not about Batman; it follows the protagonist James Gordon (Ben McKenzie) from his early days as a detective in the Gotham City Police Department (GCPD) to his rise as commissioner.

The series was well-received during its run. Other than McKenzie and Mazouz, Gotham stars Erin Richards, Morena Baccarin, Camren Bicondova, Chris Chalk and Sean Pertwee in prominent roles.

Following the events of Man of Steel (2013), Bruce Wayne (Ben Affleck) feels that Superman (Henry Cavill) is a threat to humanity. As mistrust grows between them, both Batman and Superman confront each other, with the former intending to kill the latter. Meanwhile, supervillain and brilliant scientist Lex Luthor (Jesse Eisenberg) takes advantage of the situation and creates a monster that even Superman cannot tackle alone.

The film sparked a controversy before its release. Snyder, who was to originally direct the film, stepped down during post-production. Joss Whedon replaced Snyder and reimagined much of the film, including change of character depictions and scenes. It was Whedon’s work that was released in theatres, which became a critical and commercial failure. Eventually, following persistent fan demand, Snyder’s version, titled Zack Snyder’s Justice League, or “Snyder Cut”, was released in 2021. It garnered positive critical reception.

The animated film by Chris McKay is one of the most critically acclaimed of all Batman movies. The action-adventure story smartly incorporates a galaxy of characters, both heroes and villains, from not just DC but also other franchises. These include Superman (voiced by Channing Tatum), Scarecrow (voiced by Jason Mantzoukas), the Riddler (voiced by Conan O’Brien), Bane (voiced by Doug Benson), Harley Quinn (voiced by Jenny Slate), Two-Face (voiced by Billy Dee Williams), Catwoman (voiced by Zoë Kravitz), Lord Voldemort (voiced by Eddie Izzard), King Kong (voiced by Seth Green), Wicked Witch of the West (voiced by Riki Lindhome), and Sauron (voiced by Jemaine Clement).

Primarily, The Lego Batman Movie is about Batman (voiced by Will Arnett) trying to save Gotham City from the Joker (voiced by Zach Galifianakis). While doing so, he must loosen up a bit with the help of Alfred (voiced by Ralph Fiennes) and his new sidekick Robin (voiced by Michael Cera).

The post All Batman movies and shows to watch before Robert Pattinson’s debut appeared first on Lifestyle Asia Singapore.