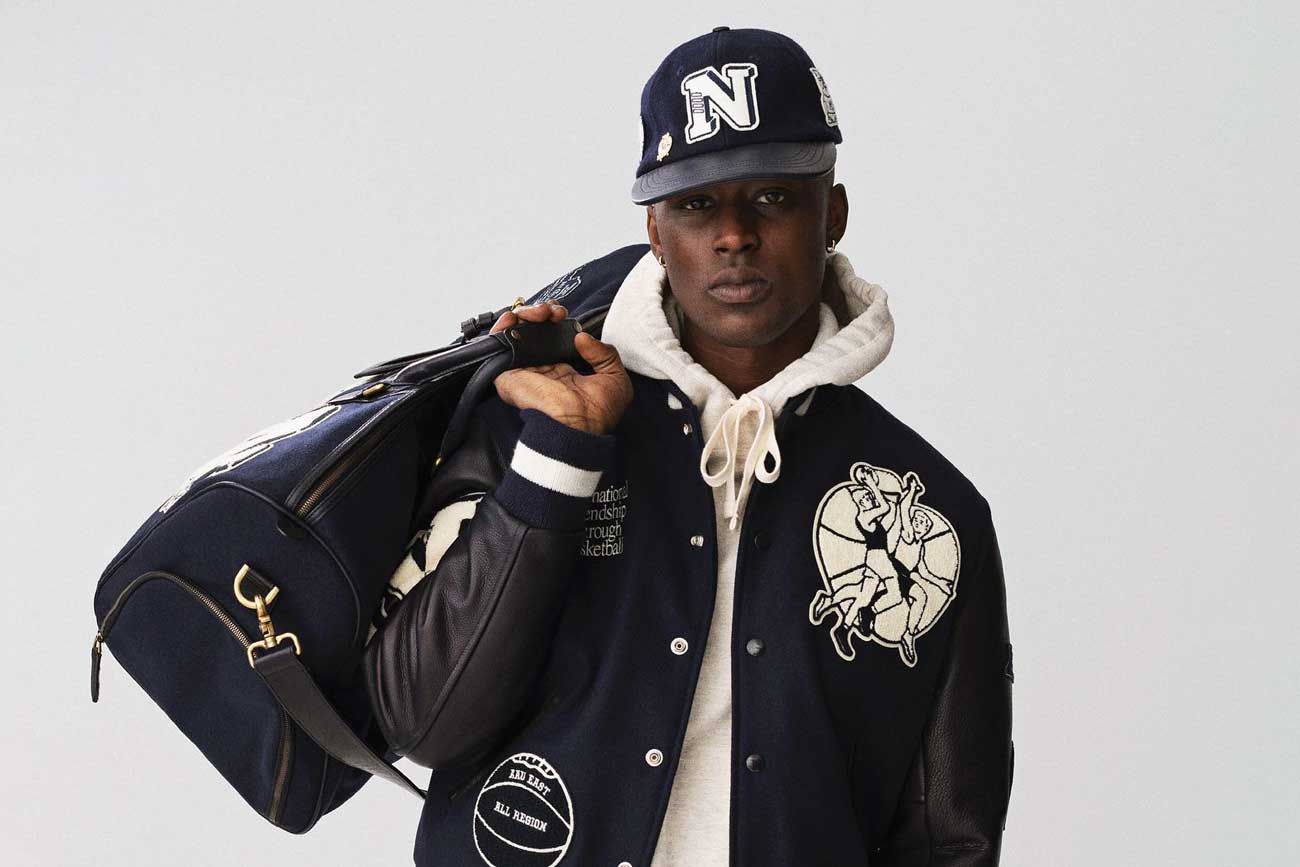 Everyone wants those damn Aimé Leon Dore x New Balance 550. How could they not? These are basically the perfect sneaker.

So, when Aimé Leon Dore secretly released a fresh New Balance collab as part of its latest Spring/Summer 2022 collection delivery, it seemed like an occasion for celebration.

Except not really. Well, maybe kinda.

The coveted 550s are nowhere to be found (for now) but ALD did dish out a Golden Bear wool/leather varsity jacket, matching weekender duffle, and thematic sweatsuit graced by identical graphics.

Aimé Leon Dore reiterates its “International Friendship Through Basketball” slogan alongside a selection of retro-inspired basketball patches atop each piece, which was tempting enough that fans snapped up the $950 jackets and $1,500 bags immediately.

However, it was clearly not the New Balance collab that fans were expecting, ‘cuz Instagram comments are, of course, all about the shoes.

No surprise there, considering how much of ALD’s popularity is predicated upon those collaborative kicks.

It’s sort of a bummer because Aimé Leon Dore turns out plenty of quietly quality garments but, then again, who’s surprised that streetwear kids covet kicks above all else?

There are a few inevitable complaints about dissatisfyingly small stock for those Rico shirts and workwear jackets, which admittedly sold insanely fast though there’s probably additional stock in-store.

Really, though, the move is to wait it out for the 550 restock, sure to be the event of the season.

Hopefully those disappointed fans take some time to scroll through Aimé Leon Dore’s web store and pick out some of its hardy basics, though. There’s still plenty of classy clobber to be had.