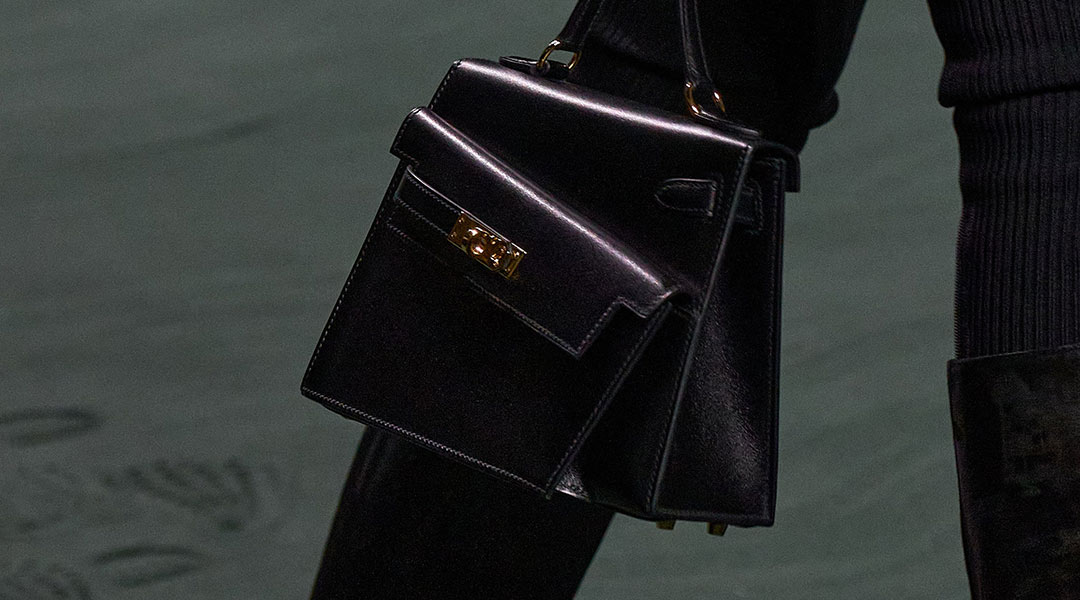 There’s a new look in town-Hermès attempts a new vibe check with a quirky twist for the Kelly.

In recent years, it’s been de rigueur for a brand to modernize by changing their entire look, nay, their entire ethos. Sometimes it works, such as Gucci’s radical reinvention during the beginning of Alessandro Michele’s tenure as creative director, which bought new life to the house—although, after seven years, it’s starting to look a little stale.

Sometimes it doesn’t: the beleaguered cardigan-wearing, SUV-driving, bake sale-chairing suburban mom was felt alienated at the height of the Jenna Lyons years at J.Crew. Most recently, there was a backlash against Tiffany & Co. Their “Not Your Mother’s Tiffany,” a campaign aimed at attracting new, younger customers to the detriment of women of a certain age and means who can afford the jewelry.

The message is: you need a complete aesthetic change to catch the eye of a younger buyer, the new generation you want to court to become the eventual lifeblood of the company. Not doing so risks being left behind. But how do you do this in a way that doesn’t turn off your current customer?

This was a question Hermès creative director Nadège Vanhee-Cybulski attempted to answer at the Fall 2022 Ready-to-Wear show.

Vanhee-Cybulski told Vogue‘s Sarah Mower that the looks were in the direction of “sexy sporty,” that she wanted an expression that went beyond the equestrian. “It’s really about how do you translate classicism and sophistication and chic into the idea of a woman really assuming her femininity? The fact that sex is okay—it’s not something to be ashamed of.”

Down went skirts and shorts paired with high, knee-length boots, the only hint of skin being the space between the boot and the shorts. It was Hermès, but sexy Hermès, with the same lux tailoring that guaranteed a younger customer (looking for something flashy) and her mom (looking for something classy) would probably enjoy.

The most sweeping departure was a new iteration of the Kelly. Ingrid Chua (@baghag) notes that it looks “structured like a Kelly Danse but constructed like a larger, lopsided Kelly Pocket to Go pochette,” and that its quirkiness had left long-time fans of the brand divided.

It’s a given that Hermès will not stop producing the Kelly. But I think this re-tooling of a beloved icon in the brand is an example of how to introduce something new without leaving the usual buyers cold. Rather than a bag with “Hermes” or “Kelly” printed obnoxiously on the leather, like some other brands have done, this still looks like a classic, well-made Kelly, albeit with an eye-catching twist.

It remains to be seen how easy this bag will be to use: from my vantage point, it looks like the turn-lock leads into a smaller front pocket while the bag is meant to be opened from behind. The price as of yet has not been disclosed. I hope that despite this transformation, the brand doesn’t attempt to sacrifice its way of promotion. Luxury brands courting influencers are just another way things have changed fashion, for the worst.