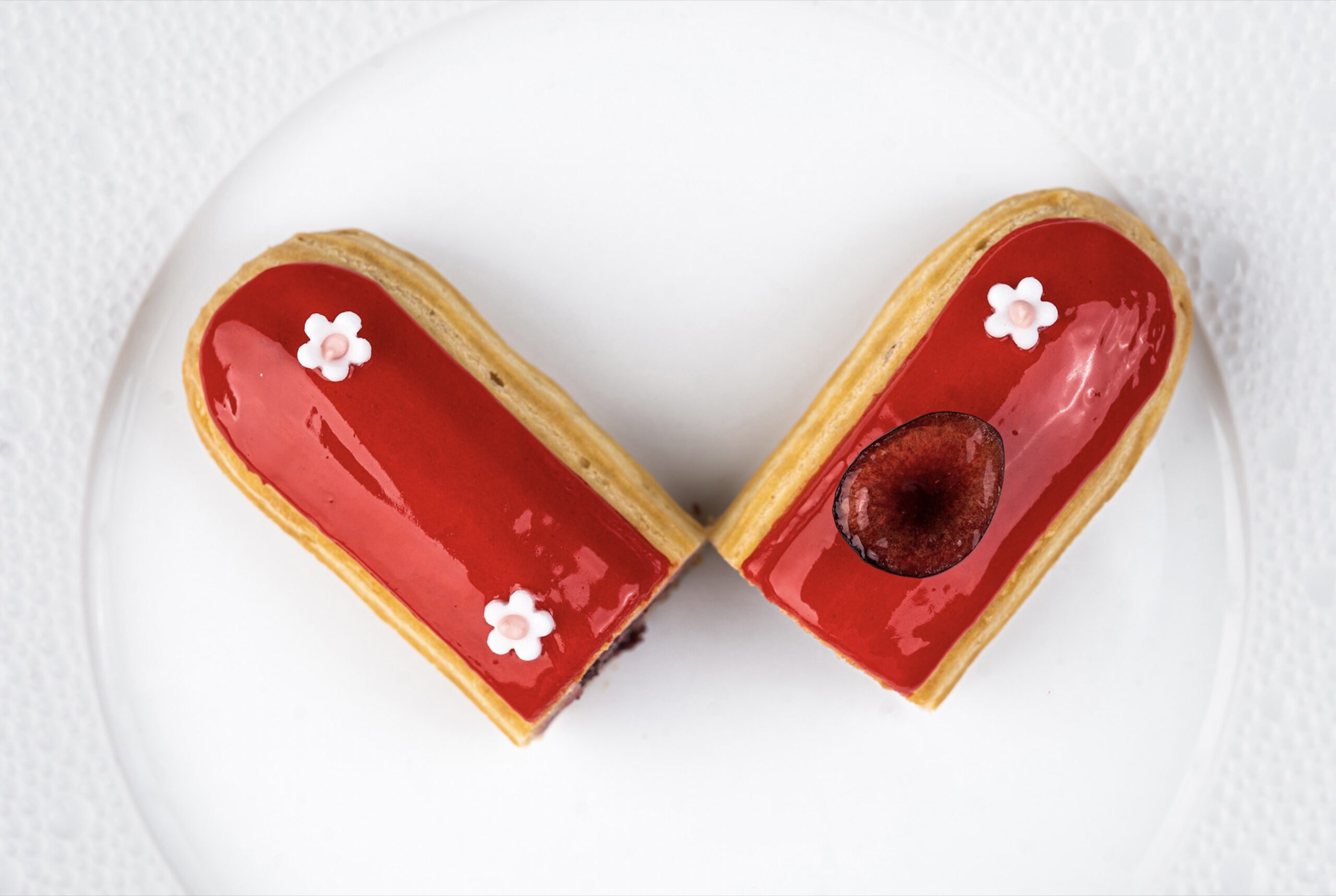 Afternoons at Shai Salon will receive a sprinkling of French fancy this February.

Two of the world’s most celebrated French pastry chefs, Angelo Musa and Nicolas Lambert have come together to create an unmissable dessert for the luxurious Four Seasons Resort Dubai. The delicate dessert will be served at Shai Salon, alongside Angelo Musa’s signature Afternoon Tea for a limited time from Tuesday 22 February 2022.

World Pastry Champion and holder of the prestigious Meilleur Ouvrier de France title, Angelo Musa is held in high regard for his ability to express the full flavour spectrum of a hero ingredient “Early in my career, I realised that taste was all about revealing emotions, while texture is the embodiment of the soul of a dessert” says Musa.

A worthy partner in pastry, Nicolas Lambert was recently awarded Relais Dessert Prix D’Exellence, having honed his craft at fine eateries and hotels across France before moving to Caprice Restaurant at Four Seasons Hotel Hong Kong. There, he was recognised as the youngest ever “Asia’s Best Pastry Chef” by The World’s 50 Best Restaurants.

The limited-edition pastry and Afternoon Tea will be created with Chocolaterie de L’Opera’s premium chocolate and looks set to be a sensational experience for French pastry lovers. The chocolate pastry will be available for AED 80 at Shai Salon daily from 12pm to 1am and Angelo Musa’s signature Afternoon Tea, which is starts at AED 220 per person, will be served from 2pm to 8pm.

Here, diners can unlock sumptuous wonders of signature pastries and delicious savoury bites beneath the intricate latticed ceiling of Shai Salon, complemented by a range of teas to perfectly round off the experience.

GO: Visit www.fourseasons.com/dubaijb/ or call 04 270 7777 for reservations and more information.

The post A match made in pastry heaven is coming to Four Seasons Resort Dubai appeared first on FACT Magazine.