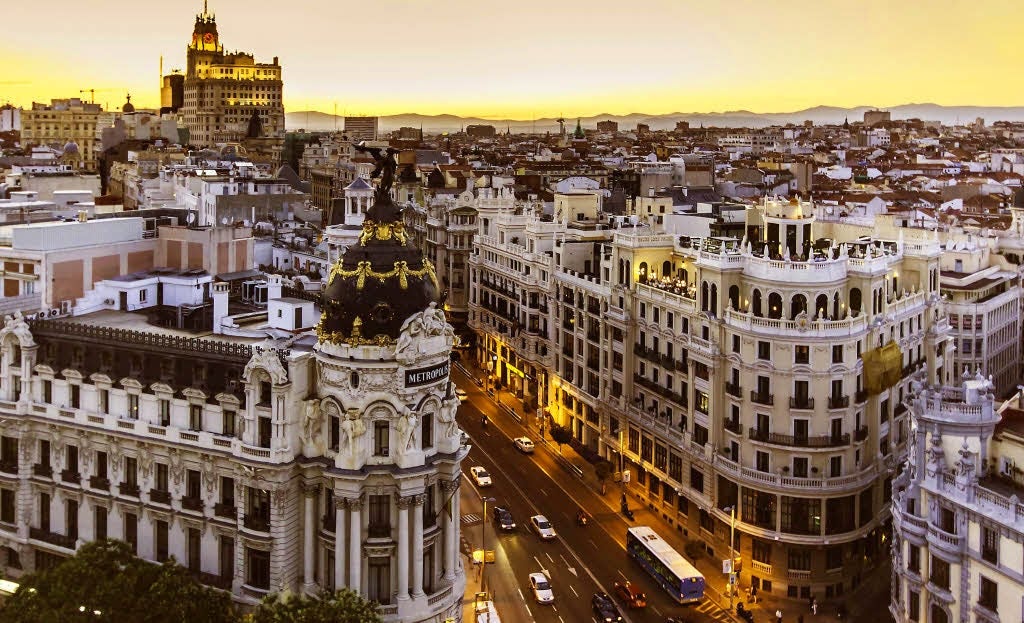 From our partners: This is Elite Traveler’s 2022 luxury guide to the Spanish capital.

Positioned perfectly in the center of Spain, the sun-soaked capital is utterly saturated in history and heritage, fiestas and festivities, culture and cuisine. The oft-overlooked companion to Barcelona no more; more so than ever before, the city of Madrid is fresh, hip, and an underrated bastion of both modern and traditional avenues of luxury. Following the city’s post-pandemic resurgence, a luxury guide to Madrid for 2022 was a matter of when not if.

The city of Salvador Dali and Pablo Picasso, Madrid’s cobbled roads, vivid boulevards and atmospheric alleyways delight the senses as much as it thrills the mind. With its eclectic mix of medieval architecture and Belle Époque remnants, buzzing nightlife, world-class galleries and ever-expanding gastronomic scene, Madrid is, we’d argue, the post-pandemic urban adventure not to miss.

“I have never been to a city where there are fewer reasons to go to bed,” said Ernest Hemingway, before adding, “and if I did go to bed, to sleep.” Here is Elite Traveler’s luxury guide to Madrid in 2022.

[See also: The Best Hotel Openings in Spain You May Have Missed]

As with other European capital cities, 21st-century luxury is further enhanced by the ever-present legacy of the glitz and glam of centuries gone by. For the highest echelon of Madrid’s hotel scene, which has bounced back from the pandemic with urgent earnestness, expect all the glamor of royalty and Hollywood usually associated with – but, evidently, by no means exclusive to – Paris or Rome.

When returning from a tour of Europe, King Alfonso XIII was inspired to petition to launch a Ritz worthy of royalty in his own capital city, and thus The Ritz Madrid was opened in 1910 in all the glory of the period’s Belle Époque gild and glamour. Recently reopened following a complete renovation by architect Rafael de La-Hoz, the Mandarin Oriental Ritz Madrid, as it is now named, the hotel remains as fabulous an adventure of pure luxury as it was upon first opening.

Santo Mauro, too, has undergone a recent redesign that saw the five-star hotel balance the desire to embrace the new age whilst not losing the class and elegance of the original 1902 build, in which it was originally occupied by the Duke of Santo Mauro. Popular with celebrities seeking to keep a low profile, expect all the trimmings of a former palace, with the understated disposition of 21st-century Spanish style.

We’ve written before about the inimitable character of Spanish cuisine. The ultimate celebration of the country’s heritage and culture, you don’t have to be a seasoned traveler to know how seriously the Spaniards take their alimento. Whilst Madrid boasts fabulous cuisine in its every nook and cranny, these restaurants stand out for their absolute devotion to the craft of gastronomy and the pursuit of flawless service for a truly unforgettable dining experience.

Naturally, it is the iconic DiverXO we must turn to first. Madrid’s only threeMichelin-star restaurant is described as “pure hedonism” by the guide, in a tribute to the joint’s modern approach to both menu and décor. Celebrity chef Dabiz Muñoz offers up a palate of ground-breaking world cuisine in a fun-loving ambiance that is reflected by their lack of dress code and own declaration that they are not the “most adequate restaurant” for children.

Otherwise, check out the two-Michelin-star Ramón Freixa Madrid, headed by Catalan chef Ramón Freixa. Combining classic dishes with more than a sprinkle of personal creativity, the restaurant’s terrace is the perfect spot to unwind in the heart of the city.

Never mind that Spain is the birthplace of some of the world’s most celebrated luxury fashion houses, from Paco Rabanne and Cristobal Balenciaga to the it-girl staple Manolo Blahnik, today its capital is a fashion destination in its own right.

Like the rest of Europe, Madrid takes pride in its distinctive style, with Madrid Fashion Week holding its own among the giants of neighboring London, Paris and Milan as a celebration of contemporary Spanish fashion. Year-round, expect structural silhouettes, an abundance of color, and luxe materials such as suede and fine leather.

For women’s fashion, Delpozo leads the charge, with its feminine silhouettes influenced by Balenciaga’s archives. A stroll along the tree-lined Calle de Serrano in the gorgeous Salamanca district is also recommended for big designer names, but it is the upscale Pez worth visiting for smaller Spanish names, including Mónica Cordera and Santana de Mora.

Whether you’re an art history maestro or a self-confessed philistine, Madrid’s status as an epicenter of both Spanish and European culture ensures there is something for everyone.

Naturally, our first port of call goes to the world-famous Golden Triangle of Art. Located on the Paseo del Prado, this is, of course, the cluster of the Museo Del Prado, Nuseo Nacional Centro de Arte Reina Sofía and Museo Nacional Thyssen-Bornemisza. Individually, these museums house some of the world’s finest collections of art; together, they are an absolute bastion of cultural immersion.

The Prado museum has been welcoming art lovers since King Ferdinand VII first opened it to the public in 1819. The collection of art is unrivaled – including the world’s largest collection of Velázquez, Goya, and Rubens – and Prado’s iconic neo-classical design remains as awe-inspiring today as it was when first built in 1785.

Next up is Reina Sofia, Prado’s contemporary younger sister. Home to Picasso’s anti-war Guernica, the 11 x 25 ft masterpiece is an important stop on anyone’s Madrid itinerary. Yet the extraordinary collection of Spanish contemporary work – including a generous representation of Picasso and Dali – renders Reina Sofia utterly unmissable.

The Thyssen comes in to complete the Golden Triangle, with its star-studded collection of Italian, English, Dutch and German works, as well as the inclusion of the Impressionists, Expressionists, and American paintings from the 20th century.

Lastly, an honorary mention to the National Archaeological Museum. Founded in 1867 by royal decree from Queen Isabella II, the museum is a homage to bone carvings that are thought to be 16,000 years old, as well as the works of Iberian, Celtic, Roman, Byzantine and Medieval Christian artifacts.

For more information on luxury travel in Spain, visit spain.info