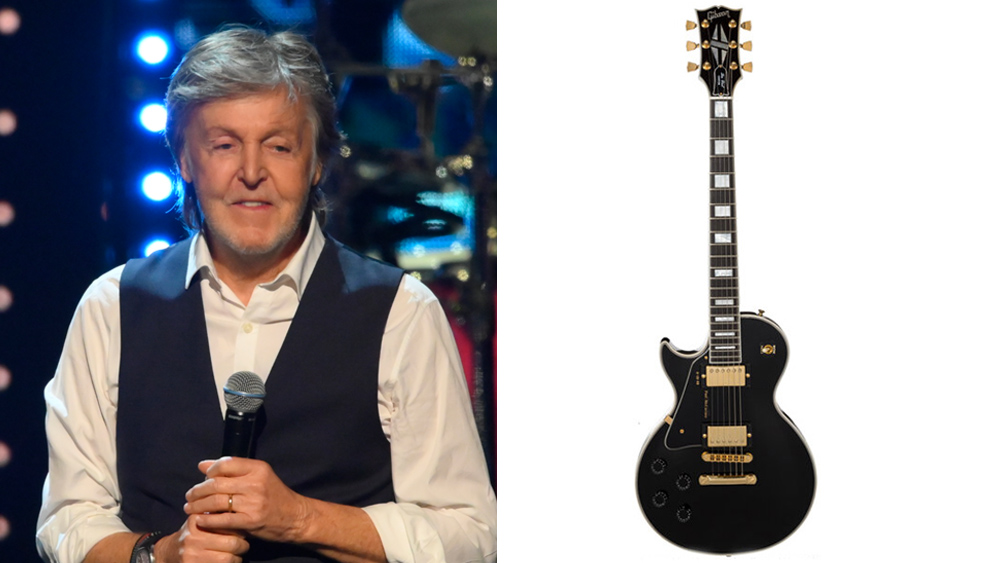 Will you ever be able to play guitar as well as Paul McCartney? Probably not, but you can at least noodle around on a Les Paul that was custom made for him.

A 1988 Gibson Les Paul that the former Beatle played during a TV tribute to the legendary guitarist and inventor will be sold by Heritage Auctions next month. Even better, the solid-body axe remains in playing shape despite being nearly 35 years old (although we’d understand if you just want to put it on display).

The instrument was specially made for McCartney before his appearance on Les Paul and Friends: A Tribute Concert, an HBO special that aired in 1988, the same year Paul was elected to the Rock and Roll Hall of Fame. McCartney was supposed to perform in the concert, but was unable to commit to the three days it would take to rehearse and record because of scheduling conflicts. He did find time to sit for a taped segment that aired during the concert in which he talked about Paul’s influence on music, him personally and even played one of his songs.

Gibson made Les Pauls for McCartney and each of the other musicians who appeared on the special, a roster that included luminaries like B.B. King, Eddie Van Halen and Carli Simon. Each guitar was crafted to fit each player’s needs and style, according to the auction house. McCartney is a southpaw, so his axe is a left-handed model done up in gloss black offset by gold accents on the tuning pegs, pickups and bridge. The guitar, serial no. 81898520, has a matching black pickguard that bears McCartney’s name along with the date of the performance, “8-18-88.”

McCartney’s Les Paul will be auctioned off on July 17 as part of Heritage’s Guitars and Musical Instruments Signature Auction. The auction house doesn’t list an estimate for the instrument but bidding starts at $40,000. We expect that the guitar, which wasn’t just made for the Beatle but also played by him on TV, will go for a fair bit more than that. After all, one of the bass guitars he played in Wings sold for $471,000 late last year.