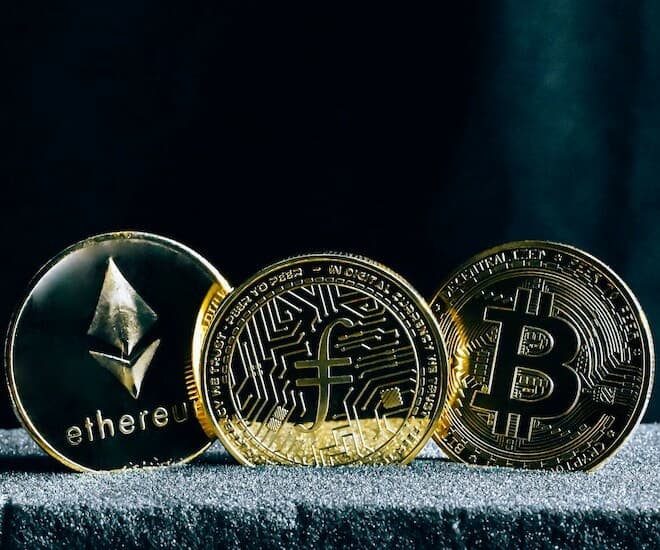 As Russian tanks rolled into Ukraine for the “denazification” of the country, the veneer of global condemnation was pockmarked by its lack of a genuine, unified response.

As Western nations rallied around Ukraine and condemned Russia, others took a far more restrained approach, from South Africa whose President Cyril Ramaphosa sought a “balanced” position to the war, to China’s deafening silence on the matter.

Brazil’s President Jair Bolsonaro declared, “We will not take sides. We will continue being neutral and help with whatever is possible.”

While Mexico’s President Andrés Manuel López Obrador declined to join his country with Western sanctions being levelled against Russia, declaring, “We are not going to take any sort of economic reprisal because we want to have good relations with all the governments in the world.”

For anyone who consumes primarily Western media, it may appear as if the world is united in condemnation of the Russian invasion of Ukraine, but dig a little deeper, read between the lines, and it becomes alarmingly clear that there is no such global coalition.

And this could have important implications not just on the rules-based postwar global order led by the US, it could also have dramatic impact on the future of international finance, not least of which has been the move by the US and its allies to freeze Russia’s foreign currency reserves.

So dominant is the dollar that even on the eve of Russia’s invasion of Ukraine, as much as 25 per cent of the country’s foreign assets were denominated in dollars, assets which Moscow has since discovered it can no longer access.

To be sure, this is hardly the first time that Washington has weaponised the dollar.

Soon after American troops left Afghanistan, Washington took measures to freeze the conquering Taliban’s access to the country’s foreign reserves, almost all of which were in dollars and held in US financial institutions.

The Biden administration’s freezing of Afghan’s foreign assets has plunged the country into economic ruin and today as much as 95 per cent of the Afghan population does not have enough to eat on a daily basis.

While imposing sanctions on Afghanistan, the world’s 113th largest (or smallest) economy, is unlikely to have major ramifications to the global economy, sanctioning a country the size of Russia, which is the world’s 11th largest economy, has serious repercussions that the world is just coming to terms with.

The power of US sanctions in derives from the dominance of the US dollar, which is the most widely-used currency in trade, financial transactions and central bank reserves.

Yet by explicitly weaponising the dollar against a country the size of Russia, the US and its allies risk provoking a backlash that could ultimately undermine the greenback and decentralise the global financial system into blocs that would increase inefficiencies, raise the threat of currency wars and leave everyone worse off.

History is replete with how wars have upended previous currency hegemonies, from the Romans to the British.

A Dollar for My Empire

In a speech earlier this month, former executive vice-president of the Bank of China, Zhang Yanling said that Western sanctions would “cause the US to lose its credibility and undermine the dollar’s hegemony in the long run,” suggesting that China could help the world “get rid of the dollar hegemony sooner rather than later.”

And Larry Fink, the CEO of the world’s largest asset manager BlackRock, argued in his annual letter to shareholders that the “Russian invasion of Ukraine has put an end to the globalisation we have experienced over the last three decades,” which could see the greater use of digital currencies.

But such a view also disregards the inertia in cross border finance — once a currency is widely used, that network effect and the infrastructure that supports it become hard to dismantle.

Even after the last paved road no longer led to Rome, Roman coinage was still being used in parts of the former empire.

And despite the hellish sanctions that Western allies have levelled against Russia, the Russians themselves have found ways to circumvent those sanctions, with ordinary Russians reverting to cryptocurrencies to help carriage their wealth out of the country as the ruble plummeted.

That initial Russian demand for cryptocurrencies has since ebbed, and the ruble has largely recovered, thanks to draconian capital controls and stupendous interest rate increases that Moscow has unveiled in response to the sanctions.

Nevertheless, there are some tentative signs that Russia has already found ways to bypass the dollar-based US financial system, one area of which is trade.

India for instance, which relies heavily on Russian arms and is eager to maintain the independence of its foreign policy, has been flirting with the idea of providing a payments backdoor to Russia.

And Hungary, has agreed to pay for Russian gas in rubles.

These “currency corridors” are likely to expand as more countries attempt to find viable alternatives to the dollar and as the global financial system becomes more fragmented.

China has spent years developing its own yuan-denominated cross border interbank payments system intended to rival the Western-dominated SWIFT system and now has over 1,200 member institutions across 100 countries.

Both CIPS and SWIFT are messaging networks through which international payments are initiated.

But China’s CIPS is tiny compared with SWIFT and part of the reason for that is the yuan is still not a fully convertible currency, and is unlikely to be in the near future because of Beijing’s fear of capital flight.

Yet both CIPS and SWIFT have a decentralised analogue in cryptocurrencies.

Without ever needing a financial intermediary, counterparties can transfer vast sums, include and append whatever messages needed, and rely on smart contracts for cross border transactions.

But while cryptocurrencies can potentially provide an alternative in the future, for now, there are few genuine challengers to the dollar.

With its accommodative monetary policy, open markets, deep and liquid capital markets and a readily convertible currency, there aren’t any real substitutes for the dollar.

The US economy is also the strongest and most innovative in the world, with independent institutions and robust checks and balances, attributes which no other country can claim to come close to, let alone unequivocally rival.

Which is where the argument for decentralised currencies come in, and not just Bitcoin alone.

Whereas Bitcoin could potentially serve as a store of value, with fiat currencies taking reference from the benchmark cryptocurrency, other cryptocurrencies like Ether or Solana, could be used in smart contracts to facilitate both decentralised finance and cross border trade finance.

Rather than draw political lines in commercial transactions, contracting parties could simply decide to use a variety of cryptocurrencies to achieve their intended purpose, without offending or obliging any sovereign state.

Such a concept may not be as outlandish as it sounds.

Although El Salvador was the first country in the world to declare Bitcoin legal tender, Mexico is mulling a similar move and if the movement generates sufficient traction, has the potential to create the same sort of network effects that the dollar enjoys.

Just as Bretton Woods, the gold-backed dollar-based global monetary system made the greenback the centre of economic life, a “New Bretton Woods” led by cryptocurrencies could potentially be born out of the Russian invasion of Ukraine.

In the previous Bretton Woods, the dollar was guaranteed in gold, and other currencies took reference from the dollar, to avoid the ruinous currency wars that contributed to the outbreak of the Second World War.

When the US abandoned the gold standard in 1971, effectively ending Bretton Woods, currency wars were largely avoided because the world was quite content to use the dollar as its reference currency, even though it was no longer backed by gold.

Now that the dollar has been weaponised, more countries are going to question whether they should be subsidising America’s profligacy and it is entirely possible that the world could revert to some form of “backed money,” even one possibly backed by Bitcoin.

Given that Bitcoin’s creation is decentralised and it is programmatically limited to 21 million ever, it isn’t susceptible to the sort of debasement that fiat currencies like the dollar are, nor can it be weaponised in the same way.

Unlike the dollar, no authority can “confiscate” another’s Bitcoin, the way Washington has been able to invalidate the dollar-denominated foreign reserves of its enemies.

While Russians today may no longer be chasing after cryptocurrencies as feverishly as they were in the early days of sanctions, the full economic effect of these Western sanctions has yet to be felt.

It is only with the passage of time that the financial blockade on Russia will be fully felt by the country and its people, and the US and its allies remains at the ready to apply these same stinging sanctions on those who aid and abet Moscow in evading them, and that, in the long run, will incentivise the active search for alternatives.

Global head of short-term interest rate strategy at Credit Suisse Group Zoltan Pozsar agrees with BlackRock’s Fink, speaking with Bloomberg’s Odd Lots, Pozsar notes, “Larry Fink is right, or rather is probably more informed than all of us on this forum. I do agree that globalisation, as we know, it is probably over.”