When it comes to Rolex Daytonas, there’s the Paul Newman and then there’s everything else. As this past weekend proved, though, “everything else” is still wildly impressive.

An ultra-rare “Zenith” Daytona Ref. 16516 with a turquoise dial sold for a jaw-dropping $3.1 million at Sotheby’s Hong Kong Important Watch sale on Friday. Not only did the one-of-five timepiece smash pre-sale estimates, it also has planted itself firmly in the middle of the list of the most valuable Rolexes of all time.

The watch, a Cosmograph Daytona, is one of just five “Zenith” examples that former Rolex chief executive Patrick Heiniger had made in 1998, according to the auction house. Each of the limited-edition watches from the set features a 40mm case made of platinum. They’re nicknamed “Zenith” because they’re powered by that brand’s famed 4030 caliber, which was based on the Zenith El Primero movement. Rolex replaced this automatic movement in 2000 with its own in-house automatic chronograph movement. 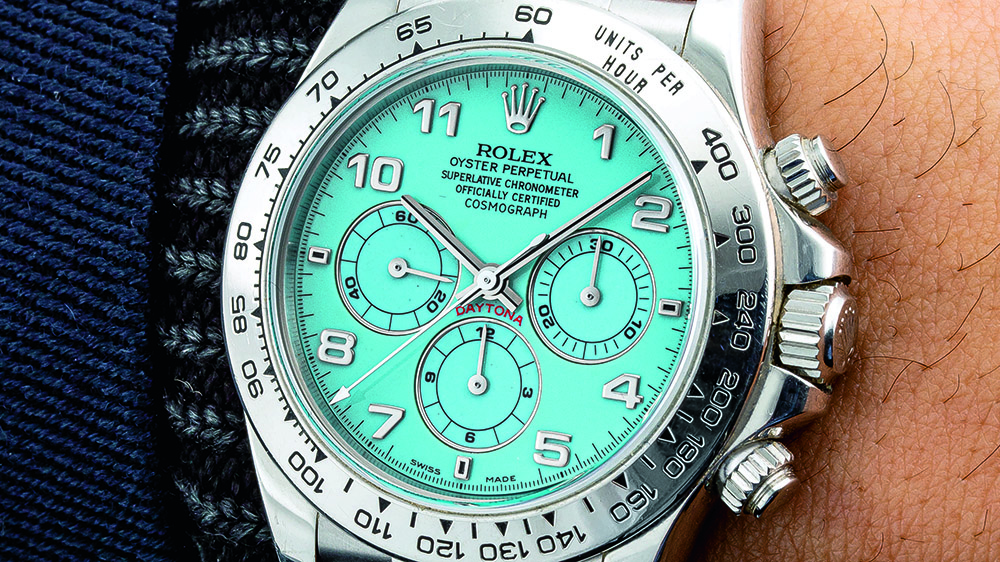 But what really makes the “Zenith” so special is the exotic material used for each dial, which is said to be unique to each watch. This particular example has a turquoise mineral stone dial so brilliant it almost glows. Its vibrancy is offset by an alligator leather strap with a platinum clasp. The Ref. 16516 is a true beauty and it’s easy to see why it sold for more than six times its $515,000 pre-auction estimate.

As shocking as its gavel price may be, the timepieces aren’t even the most expensive entrant in the ultra-limited series. That title belongs to a “Zenith” with a lapis lazuli hardstone dial that sold for $3.27 million last July at another Sotheby’s Hong Kong sale. The first known “Zenith” sold at auction for $881,000 in 2018, while the other two have yet to hit the market.

It’s sale is a good reminder that while stainless steel timepieces may have reigned supreme on the auction block over the last few years, other metals—like gold—still have plenty of appeal for collectors looking for rare watches.