Completed in October 1973, the Sydney Opera House is now one of the most iconic monuments in the world. Part of that might be down to size; at 185 metres long and 120 metres wide, it’s one of the largest opera houses in the world. It’s pretty tall too, floating 22 storeys above Sydney at 67 metres (220 feet) high. But more likely it’s those instantly recognisable sails. Unesco agrees too – it recognised Sydney Opera House as a World Heritage Site in 2007, describing it as a “great urban sculpture set in a remarkable waterscape, at the tip of a peninsula projecting into Sydney Harbour.” More than 10.9 million enjoy over 3,000 performances every year but we’ll bet there’s still a thing or two about the celebrated sight that you don’t know. Brush up on your knowledge with a few of these interesting facts about Sydney Opera House.

1. It’s the result of a competition

People had discussed building an opera house in Sydney for a few decades, but it wasn’t until the years following World War Two – when immigration from Europe was at an all-time high – that the idea gained traction. English composers, such as Sir Eugene Goosens, were taken back by the inadequate facilities at Sydney Town Hall.

The Opera House International Design Competition was held in 1956. Jørn Utzon, an unknown architect from Denmark, was one of the last to submit his drawings. Three judges rejected his designs, but a fourth judge – American architect Eero Saarinen – declared him the winner. He pipped 232 other entrants from 28 different countries to the post.

Utzon had never even visited the site before, but called on his naval experience and studied charts of the harbour to get a good enough sense of the place). He won £5,000 for his design.

While it may look pretty ethereal, the roof is actually made of 2,194 pre-cast concrete sections each weighing around 15 tons each. Over 250 kilometres of steel cable hold these sections together. Put into context, if you laid each tile out end-to-end from the Opera House, it would reach Canberra. Swedish company Höganas created over one million tiles to sit on the rooftop, covering an area of around 1.62 hectares.

The sails sit on top of a heavy podium, widely considered the large column-free chamber in the world.

3. It was much more expensive than anticipated

Original estimates for construction we $7 million. In the end, building the opera house cost $102 million. A State Lottery paid for most of this.

It also took a lot longer to build the opera house than anticipated too. Work began in 1959 with 10,000 builders. Jørn Utzon resigned as chief architect in 1966 after he stopped receiving payments from the newly-appointed liberal government. There were huge protests demanding he be reinstated but he ended up leaving in April of the same year. He never returned – even when Queen Elizabeth II awarded him the Gold Medal of the Royal Institute of Architects Australia in 1973. 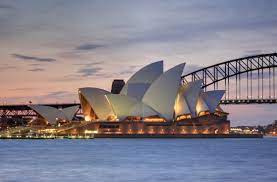 4. The conditions need to be just right for performances

Getting the temperature and humidity just right is critical for musical instruments. When the Sydney Symphony Orchestra takes to the stage in the Concert Hall, the temperature must be exactly 22.5 degrees. This ensures the instruments stay in tune.

5. Ever noticed the net?

If you get the chance to visit, you’ll notice a net above the orchestra pit in the Joan Sutherland Theatre. The house installed this in the 1980s following an incident during the opera Boris Godunov. The performance featured live chickens and one just walked right off the stage and landed on top of the cellist. No animals (or humans) were harmed. 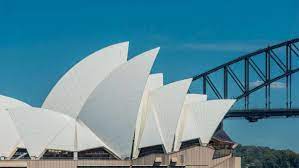 To cool Sydney Opera House, a system circulates cold seawater directly from the harbour via 35 kilometres of pipes. This powers both the heating and air conditioning in the building. Jørn Utzon incorporated sustainable design elements – including the seawater-cooling system – right from the beginning. 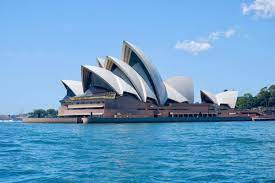 7. Construction workers got to hear the first-ever performance

The first person to perform at Sydney Opera House was Paul Robeson, the American Bass-Baritone singer and well-known film actor. In 1960, he performed Ol’Man River to construction workers as they ate lunch. The first-ever opera performed at the Sydney Opera House was Sergei Prokofiev’s War and Peace on September 28 1973. Initially, most people went to the opera house to enjoy movies.