St Basil’s Cathedral sits southwest of the Red Square, the historic and spiritual heart of Moscow. It’s impossible to miss, with its scarlet red walls and multicoloured ice-gem domes. It was built between 1555 and 1561 by Ivan the Terrible, the first Tsar of Russia, to commemorate the military victory over the independent Tatar khanates of Kazan and Astrakhan. At the time it was an architectural feat and the tallest structure in the city.  Today it’s one of the country’s 16 Unesco World Heritage Sites, and also one of Russia’s most recognisable landmarks. Here are some interesting facts about St Basil’s Cathedral you may not know.

Ivan the Terrible isn’t exactly known for his sanguine temper, but this story still came as a surprise. There are a few different theories about who actually built St. Basil’s, but the most widely accepted theory tells that it was designed by architects Barma and Postnik.

Legend has it that Ivan the Terrible was so taken with his sparkling new cathedral, that he ordered the pair to be blinded once they finished the work. That way, they couldn’t replicate or build a better version elsewhere.

There doesn’t seem to be a whole lot of evidence for this gruesome tale. That said, this was also the man who allegedly killed his own son and was also heavily addicted to mercury, so who are we to say? 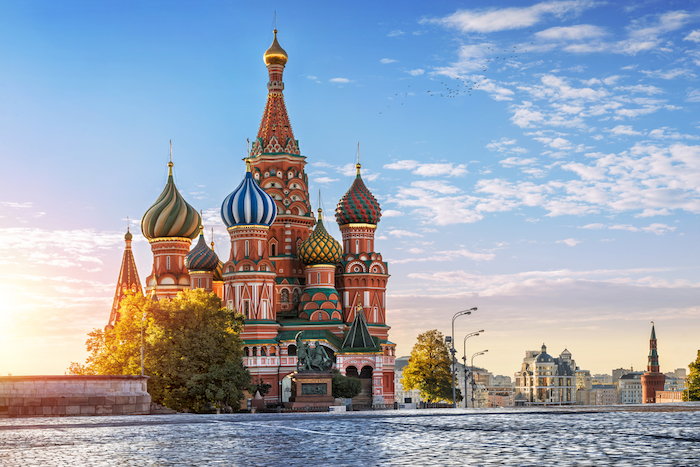 Who was St. Basil and why is there such a big cathedral named after him? Firstly, it wasn’t actually the cathedral’s original name. Its official name was the Cathedral of the Intercession on the Moat but this nickname stuck.

Born in 1468, Basil was the son of serfs but trained up as a cobbler. In Moscow, he began shoplifting and donating his stolen goods to those in need. He frequently went naked and purposefully humiliated himself for the greater glory of God. Even Ivan feared him. Most importantly, however, were his powers of prophecy. Allegedly, he even predicted the great fire that raged through Moscow in the late 1540s.

The chapel for Saint Basil was built last in his memory and sits atop his remains. The chapel was open day and night and it was the only heated church in the complex so it quickly became popular. 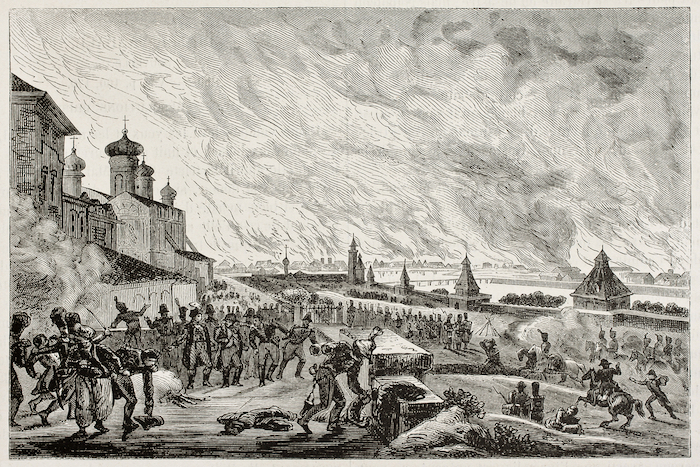 3. It hasn’t always been so colourful

St Basil’s hasn’t always boasted those swirling multi-coloured patterns that have made it so iconic. They didn’t get around to painting it until the early eighteenth century. Back in the sixteenth century, it would have mostly been painted white to match the white stone of the Kremlin, with red and gold domes. The colours we see today are likely to have been taken from biblical descriptions of the Kingdom of Heaven from the Book of Revelation.

The cathedral likely represented Heavenly Jerusalem, designed to symbolize the town and heaven in the heart of Moscow. 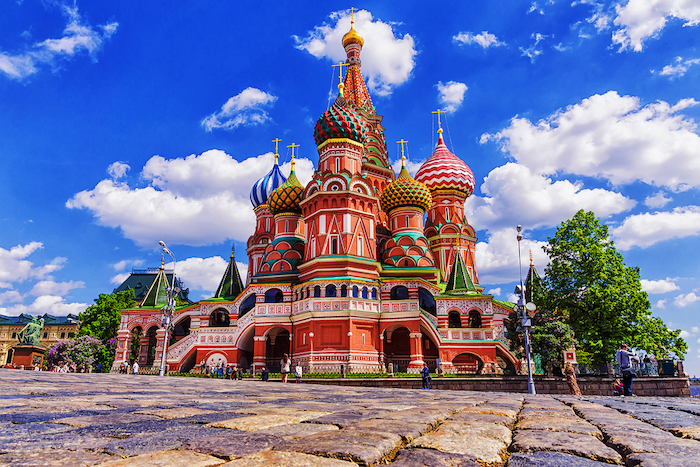 After Lenin’s death, as part of the program of state atheism under the Soviet regime, the church was confiscated from the Russian Orthodox church. In 1929 it was total secularized. It has operated as a division of the State Historical Museum ever since.

When the Soviet Union dissolved in 1991, weekly Orthodox Christian services with a dedicated prayer to St. Basil was restored. Every October, the cathedral hosts a service in honour of the Day of Intercession too. However, that said, St Basil’s Cathedral is still not the main cathedral, nor the headquarters of the Orthodox Patriarch of Moscow.

5. It was rescued by a Soviet architect

Under Stalin, the Red Square was increasingly used for huge parades and demonstrations. Buildings were literally flattened to pave the way for more marching space. At one stage, Lazar Kaganovich, one of Stalin’s closes associates, suggested demolishing St Basil’s.

Architect Pyotry Baranovsky begged the Politburo to leave the cathedral. In a telegram sent to Stalin, he stated that he would rather kill himself than demolish the cathedral. He subsequently spent five years at the gulag. He’s now widely credited with saving the cathedral. 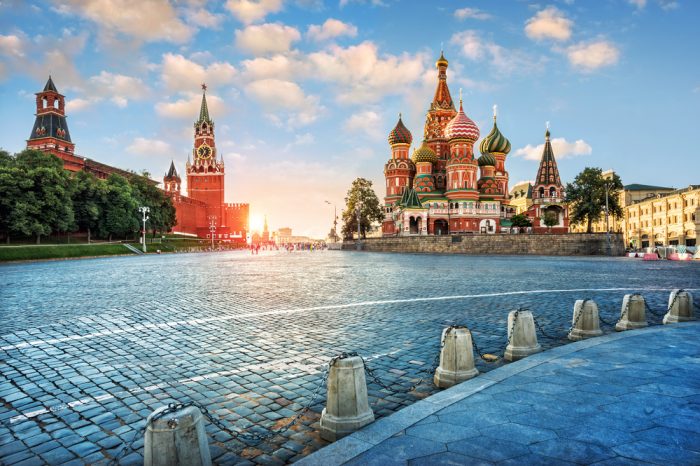 6. There’s a replica on the Russo-Chinese border

In the border town of Jalainur, around six thousand miles from Red Square, the Chinese constructed a scale replica of St. Basil’s cathedral. Inside the painted turrets and onion domes is a science museum. No one outside of the region knew it existed until an Italian photographer called Davide Monteleone found and documented it. 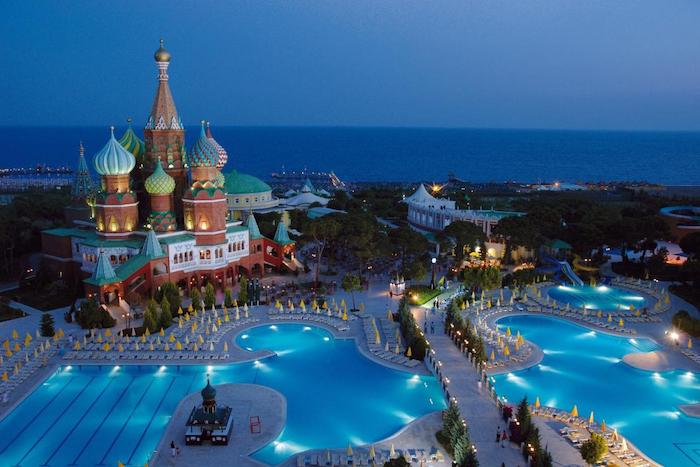 7. It’s nine different churches, not one

The last of our interesting facts about St Basil’s Cathedral?  It’s actually a cluster of buildings, rather than one large cathedral. The entire cathedral measures 65 metres tall, with nine domes. There’s the central church, which is a tall tower home to the Church of the Intercession of the Mother of God, surrounded by nine auxiliary churches interconnected by internal vaulted passages. Eight of these churches are dedicated to Ivan’s eight victories over the Tatars. The Church of St Vasily the Blessed, on the first floor, contains the crypt of St. Vasily. It’s one of the most important in Moscow. The smallest church, also the last to be built, is St. Basil’s.

The 50 Best Islands In The World

7 Interesting Facts About the Grand Canyon