The Millau Bridge is the tallest – but not the highest- road bridge in the world. You’ll find it in beautiful southern France. This architectural wonder was completed in the year 2004 and since then, it has been earning acclaim and awards for its stunning, minimal modern design that’s in harmony with the surrounding green landscape. Curious to learn more? Here are some of the most interesting facts about Millau Bridge in France.

The official name of the Millau Bridge is the Millau Viaduct. It is a cable-stayed road-bridge that spans the valley of the River Tarn near Millau in southern France in the Languedoc-Roussillon region. 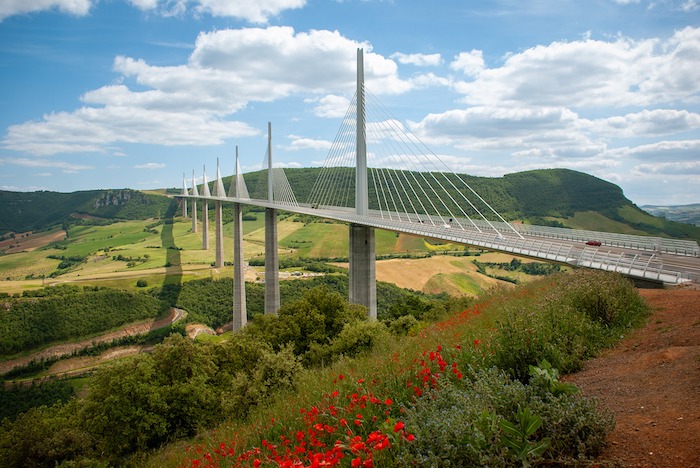 2. It is an award-winning bridge

Modern architect, Norman Foster and French engineer Michel Virlogeux designed the bridge. Construction started on the 16th of October 2001 and it was formally inaugurated on the 14th of December 2004 and opened to traffic two days later on the 16th of December 2004. Since its opening, the bridge has received a lot of acclaim and fame. In 2006, the International Association for Bridge and Structural Engineering awarded it the Outstanding Structure Award and it is constantly ranked as one of the greatest engineering achievements of modern times. 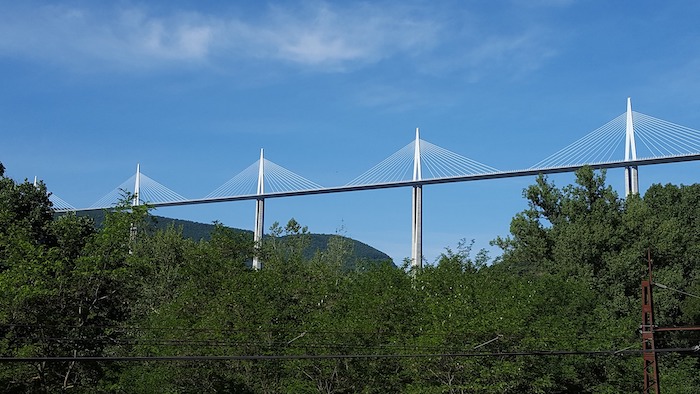 3. It is the tallest but not the highest bridge 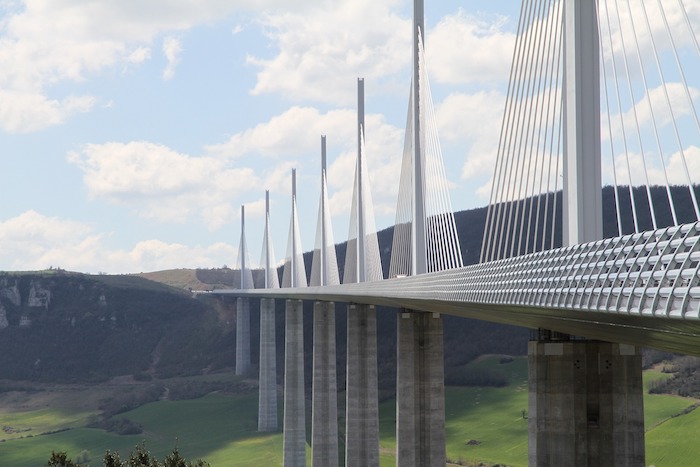 The Millau Viaduct is 2.4km long and spans a 2km valley in the Massif Central mountain range. It forms the final link in the A75 highway from Paris to Barcelona. It has two lanes in each direction and interestingly, the bridge is not straight as this could induce a sensation of floating for drivers. To remedy this, the architects designed the bridge to have a slight curve, which is 20km in range. Another design feature that improves safety, is the road’s slight incline of 3 per cent, which improves visibility and reassures the driver. The bridge is exposed to high winds of up to 151km/h. So, the designers placed side screens on the bridge that reduce the effects of the wind by 50 per cent.

A lot of materials were used during construction. To build the bridge, workers used approximately 127,000m³ of concrete, 19,000 tonnes of steel-reinforced concrete and 5,000 tonnes of pre-constraint steel. In total, the viaduct weighs 290,000 tonnes. 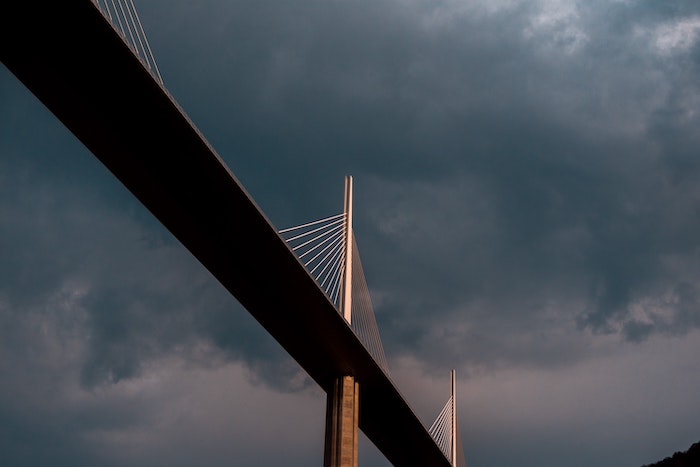 6. You can canoe under the bridge

The bridge touches the bottom of the Tarn valley in only nine places and the whole ensemble rests on just seven very slender pillars. It looks like a huge yacht a fits perfectly into the natural environment. Though driving over the bridge is a thrill, you get the best views from the Belvédère de l’aire du Viaduc de Millau or by taking a canoe underneath the bridge. 7. Millions of vehicles cross the bridge every year

The estimated daily traffic is between 10,000 and 25,000 vehicles. Nearly five million vehicles cross the Millau Viaduct every year. By 2018, 61 million vehicles had already crossed the bridge. 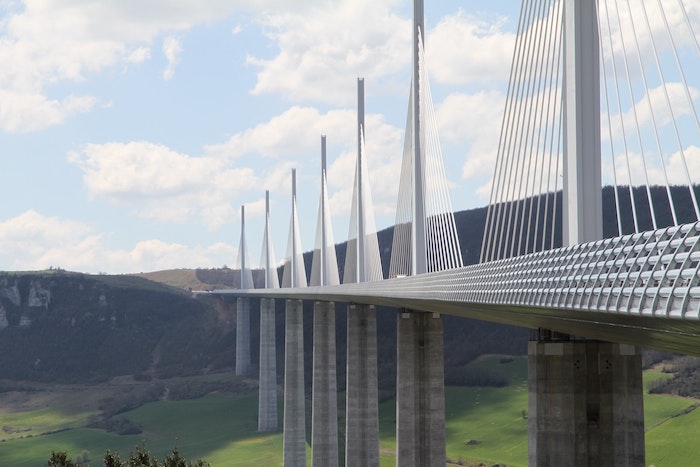