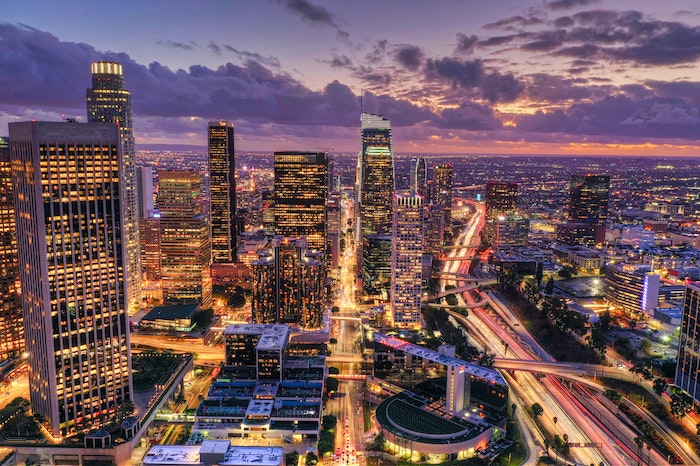 Los Angeles is a sprawling Southern California city and the largest city by area in the United States of America. It is also the second-most populated city in the US, after New York. Famous for its sunny climate, cultural institutes, beaches and amusement parks, LA attracts around 50-million visitors each year who come to enjoy the laid back vibe, as well as the glitz and glamour of Tinsletown. So, whether you are planning a trip or you are just curious to know more about this colourful city, here are some of the most interesting facts about Los Angeles.

1. The original name of Los Angeles is a mouthful

The city of Los Angeles was founded on September 4, 1781, under Spanish governor Felipe de Neve. The original name of the city was “El Pueblo de Nuestra Señora Reina de Los Ángeles Sobre el Río Porciúncula.” For those who skipped Spanish class, that loosely translates to “The town of our lady queen of the angels on the Porciúncula River.” The Porciúncula River is the historical name for the Los Angeles River which is a major river in Los Angeles County, California. 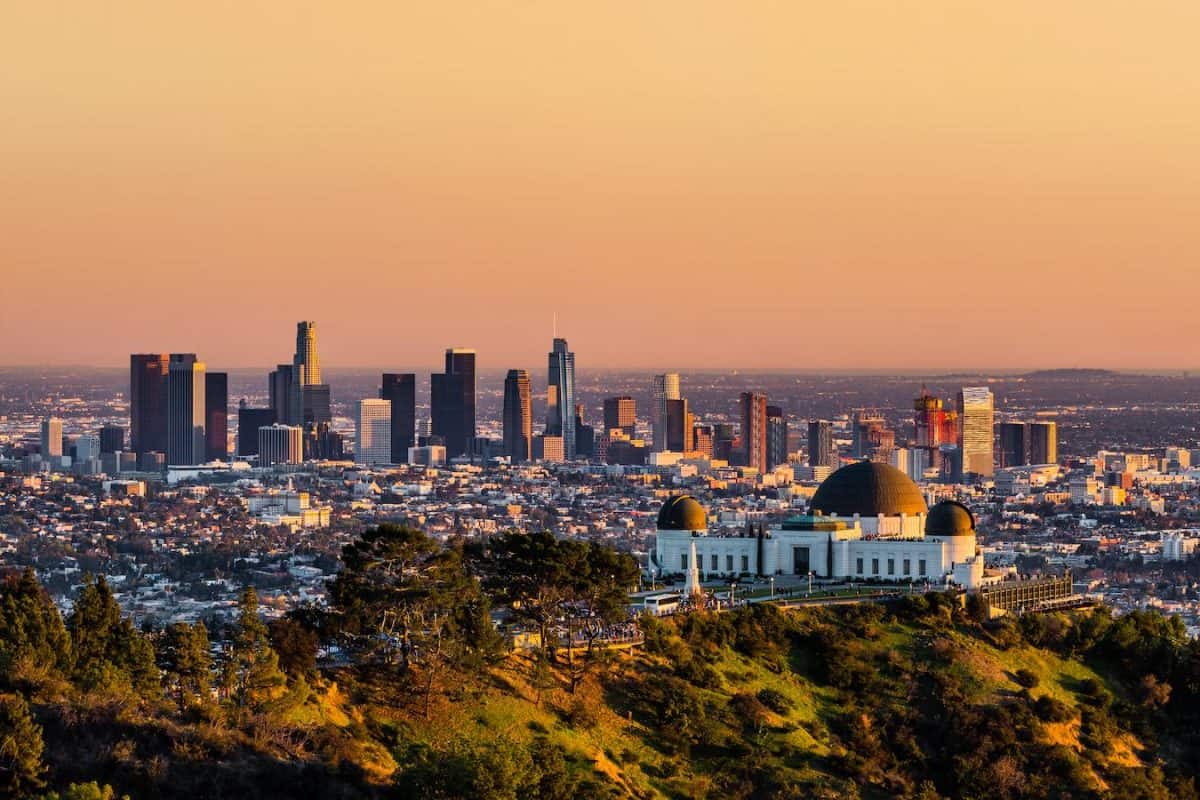 2. LA was once part of Mexico

In 1821, following the Mexican War of Independence, Los Angeles became part of Mexico. However, in 1848, at the end of the Mexican–American War, and as part of the Treaty of Guadalupe Hidalgo, Mexico ceded 55 per cent of its territory, including parts of present-day Arizona, California, New Mexico, Texas, Colorado, Nevada, and Utah, to the United States. So, Los Angeles once again became part of the US. 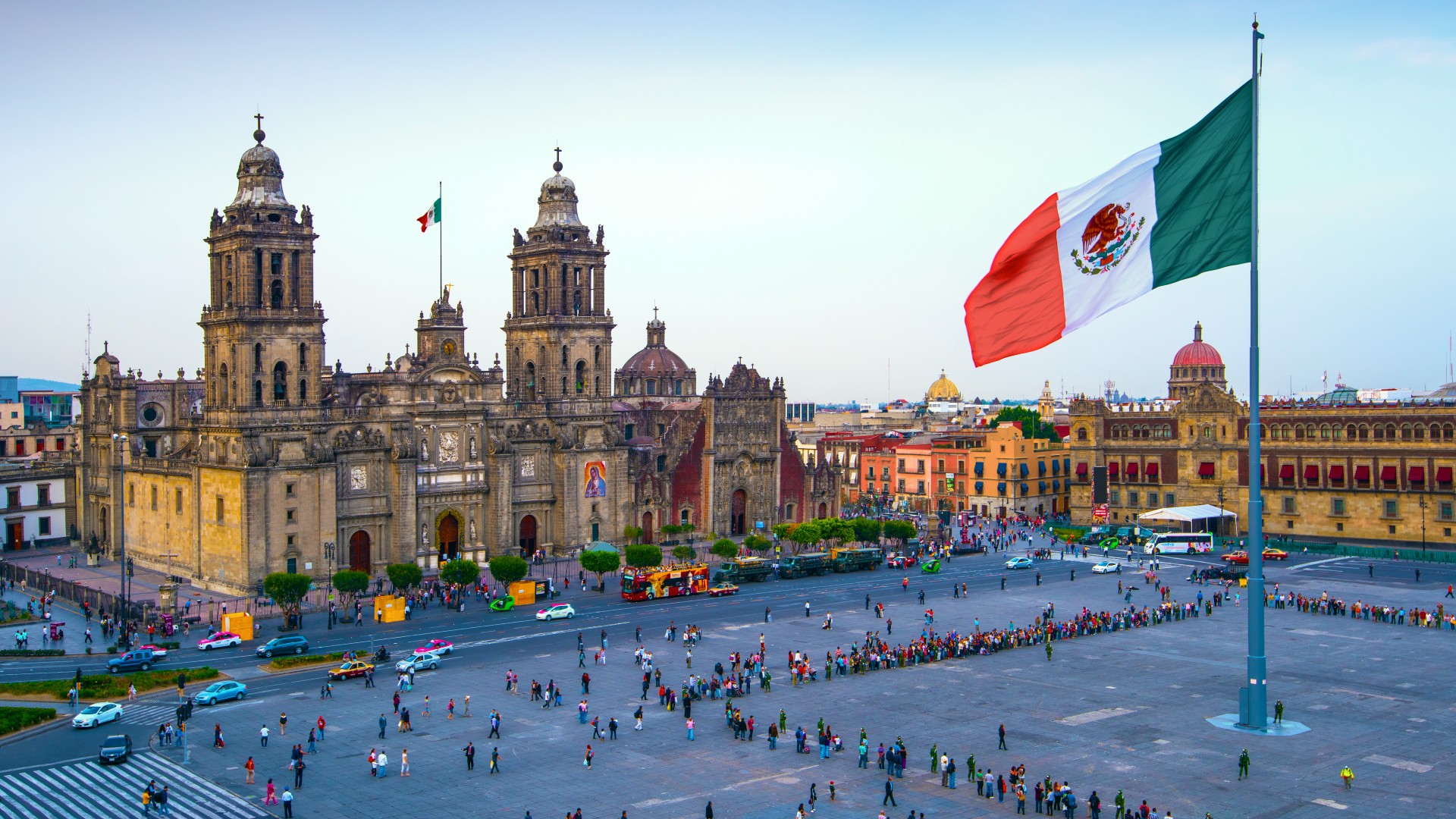 3. LA is home to the largest boulder ever transported

Here’s a quirky fact for you, LA is home to the largest boulder ever transported in modern times. The rock was an art piece, known as “Levitated Mass” by Michael Heizer, a California-born sculptor known for huge outdoor installations. He dynamited the 340-ton, 21-foot-high solid granite boulder out of a hillside. It took the city of LA 11 days to move the half-million-pound monolith some 100 miles from Riverside County to the Los Angeles County Museum of Art (LACMA). 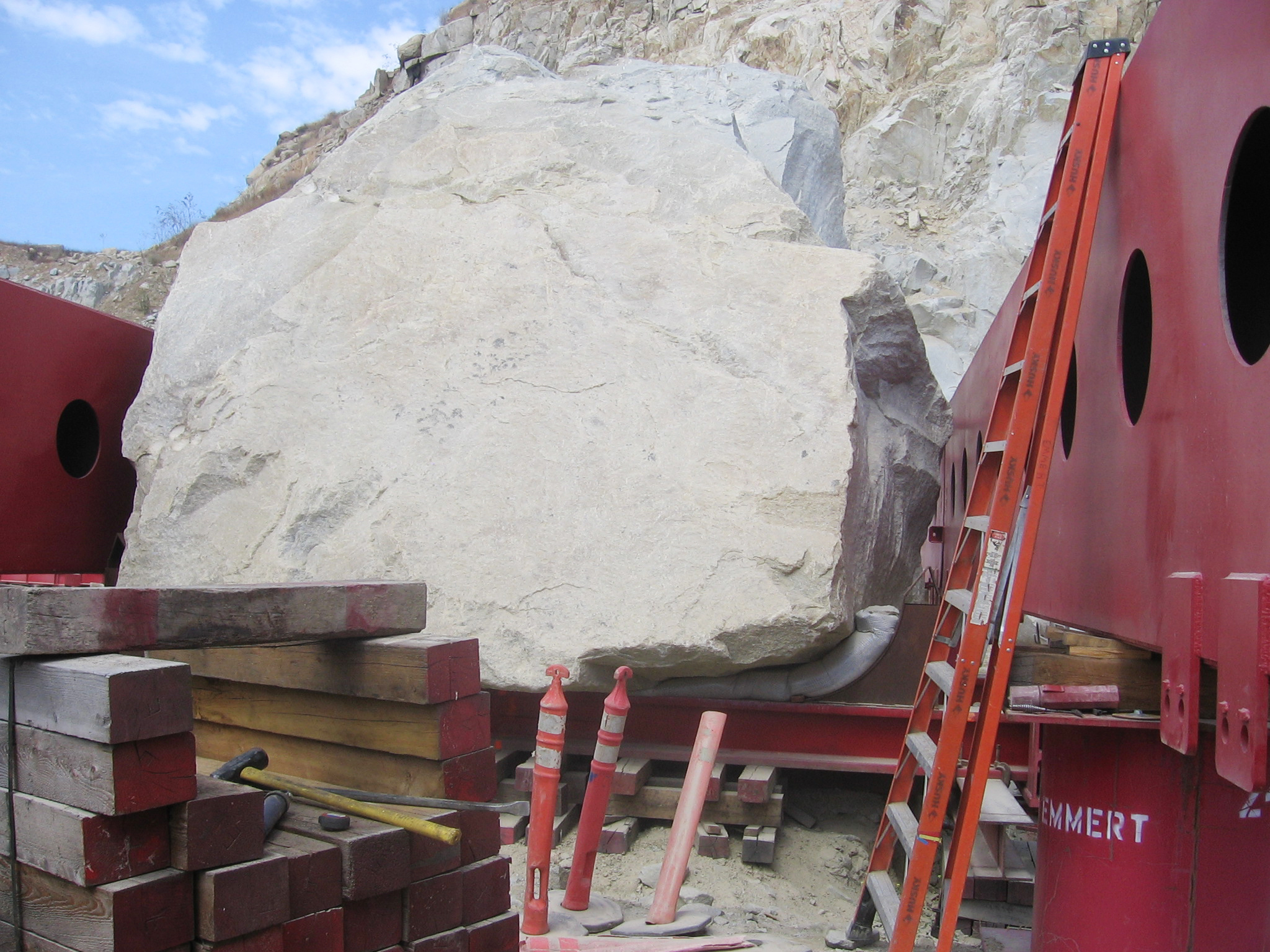 4. Los Angeles is the birthplace of the Internet

Los Angeles became the birthplace of the Internet when on October 29, 1969, the first successful message was sent over ARPANET – The Advanced Research Projects Agency Network. UCLA student Charley Kline transmitted from an SDS Sigma 7 computer to an SDS 940 machine at the Stanford Research Institute and with this, the internet was born.

5. Los Angeles is the biggest city in the United States

Spanning over 460 square miles, Los Angeles is, by land area, the biggest U.S. city. However, it is only the second-largest in terms of population. Los Angeles is home to some 3,985,516 people but New York is the most populous with a population of 8,177,025. 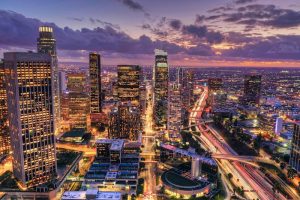 6. Los Angeles is home to the world’s only solar-powered Ferris wheel

The Pacific Wheel is the world’s first solar-powered Ferris wheel. Located at Santa Monica’s Pacific Park, the original Pacific Wheel, which was erected in 1996, was the world’s first and only solar-powered Ferris wheel. Solar panels generate up to 71,000-kilowatt-hours of photovoltaic power and the wheel also features more than 174,000 energy-efficient LED lights. The Pacific Wheel measures 85-feet tall and moves at 2.5 revolutions per minute with intermittent stops to pick up passengers. As you can imagine, the views from the top are spectacular, especially at sunset. 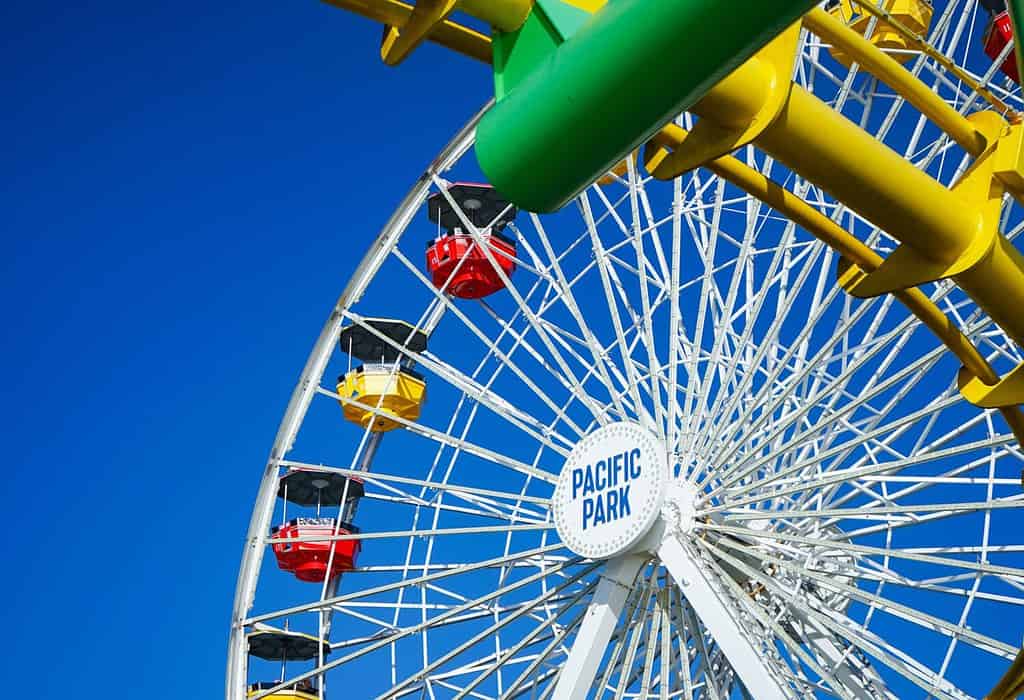 7. Los Angeles is a fossil hotbed

LA is home to the La Brea Tar Pits, which have yielded one of the biggest collections of Ice Age fossils in the world. Archaeologists have discovered more than 600 species in the tar pits, including snakes, molluscs, sloths, mountain lions and mammoths. Scientists also discovered one human skeleton. More than 100 pits have been excavated since the early 1900s.  In 2006, scientists discovered a new tar pit. It contained the remains of sabre-toothed cats, giant sloths, American lions, and a mammoth that was named Zed. 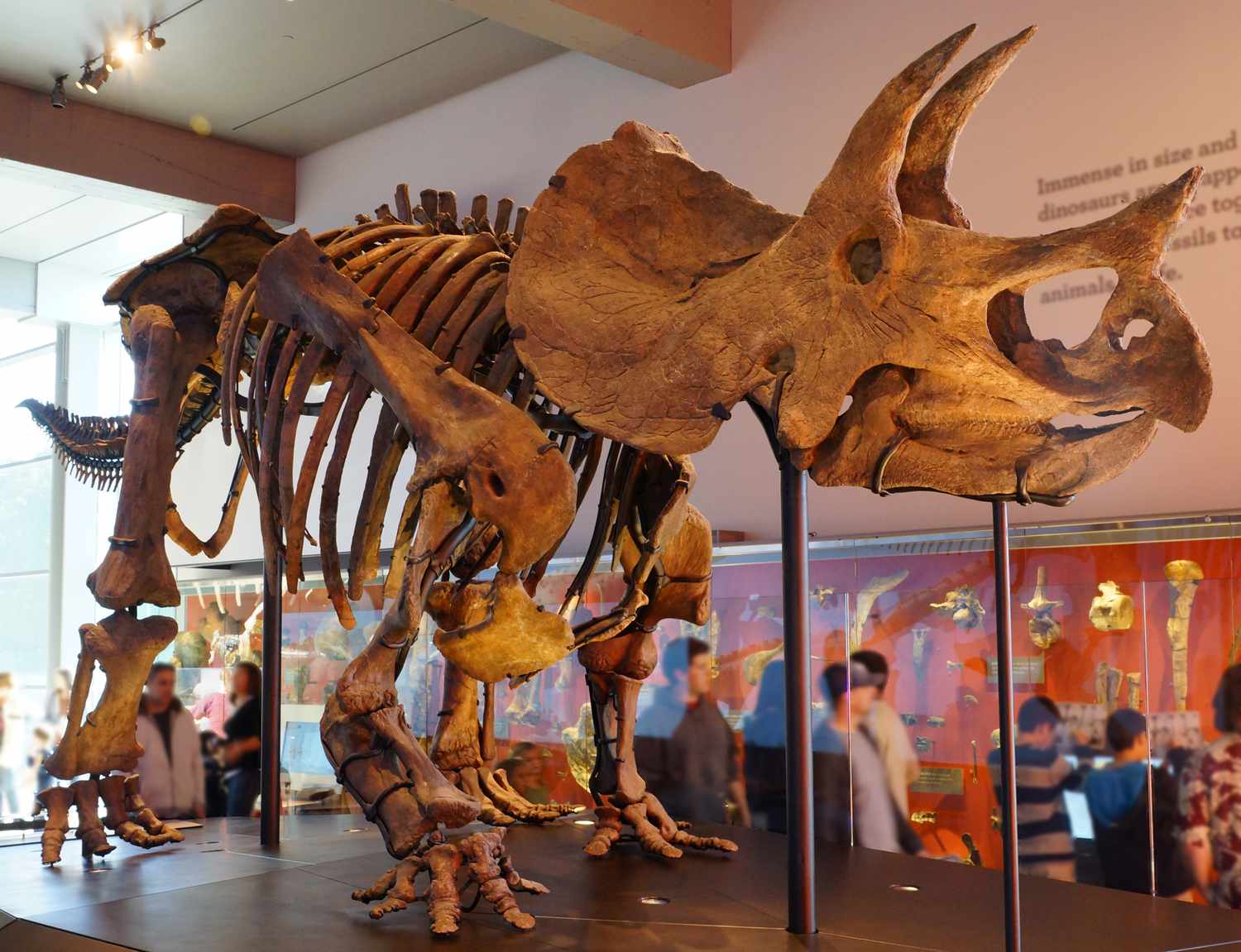