Netflix’s Halston may have garnered mixed reviews and triggered a debate about whether straight actors can convincingly play gay characters—but what isn’t in dispute is the genius of the fashion designer whose turbulent life it chronicles. And with an entire episode devoted to his perfumes, the series has also served as a reminder that Roy Halston Frowick was as creative with fragrance as he was with fabric. It’s helped some guys rediscover—or discover anew—the Studio 54 habitué’s first men’s scent, Z-14.

It’s not the only fragrance from the past that’s worth sniffing out though. According to Stephan Matthews, a fragrance expert, writer and brand advisor who’s worked with the likes of Chanel, Guerlain and Estée Lauder, if you look past the new arrivals, you can find a treasure trove of scents that still smell fantastic.

“Fragrance lovers are often so focused on searching for the next big hitter or must-have scent that they often forget to look backward as well as forwards,” he says. “Rummage through the shelves of your local drugstore, though, and you’ll discover some absolute gems that aren’t stocked in the big department stores anymore. What’s more, by trusting in the incredible perfumers from the past you’ll probably be ahead of everyone else and may even set your own trend.”

Some of these are so unfamiliar today that spraying one on is almost like wearing something brand new. You could opt for a contemporary blockbuster like Dior’s Sauvage or Bleu de Chanel—but lots of other men wear those. And who wants to smell like lots of other men?

“Wearing classic, forgotten fragrances, on the other hand, shows that you’re willing to take chances, be genuinely individual, and also that you have a respect for the work that perfumers like Vincent Marcello and Max Gavarry, who created Halston’s first men’s fragrances,” says Matthews.

In short, you’ll look like a cologne connoisseur. After all, it’s not every man who knows that Z-14 still rocks, Geoffrey Beene’s Grey Flannel is a true original and that Muehlens’s 4711 is a lot like Tom Ford’s Neroli Portofino but at a fraction of the price. The relative obscurity of these lost classics means manufacturers often entice buyers with generously sized bottles, offering you an unparalleled bang for your buck and proving, if proof were needed, that luxury is more about quality than your Amex bill. Below, seven of these forgotten fragrances that are worth rediscovering.

The editors of Robb Report scour the globe (and the Internet) for the best of the best and only endorse products we love—and think you’ll love, too. If you purchase a product or service through a link in this story, we may receive a small commission. 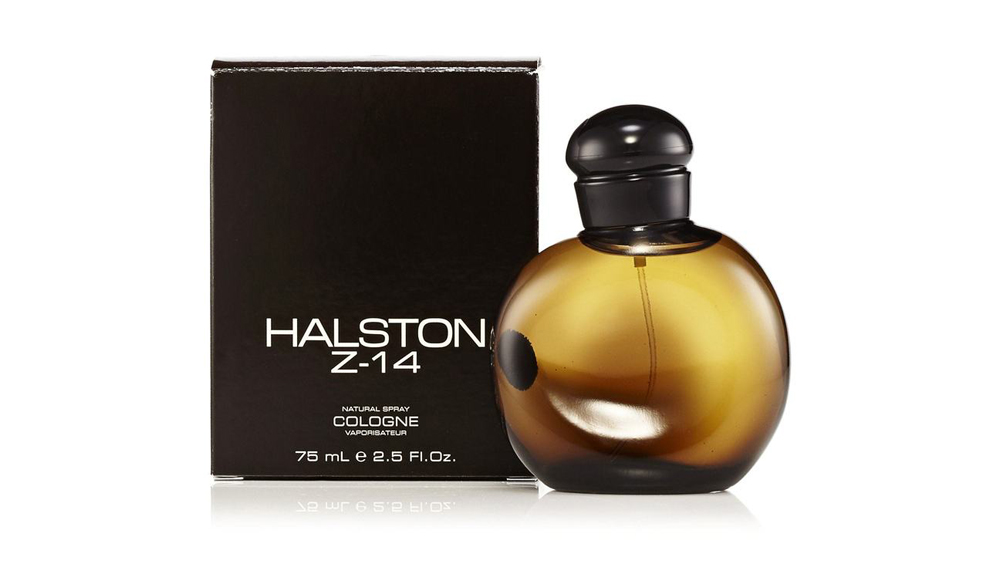 Launched after the phenomenal success of Halston’s debut perfume for women, the legendary designer’s two men’s fragrances Z-14 and 1-12, became blockbusters in their own right and went on to win a clutch of industry awards.

Named after the perfumer’s identification numbers and launched simultaneously because Halston couldn’t decide which of the two formulations he preferred, it’s the rich, leathery Z-14 that’s best stood the test of time. “Halston Z-14 is green, woody fragrance with a crisp cologne-like opening leading to a resinous, leathery base and is an unashamed celebration of earthy patchouli,” says Matthews.

“It’s hitting every trend currently out there, and though it’s been reformulated over the years and is lighter than the original, it’s as relevant today as when it launched in 1976.” Sexy as a night at Studio 54, the hyper-masculine concoction is housed in an Elsa Peretti-designed bottle that is, in itself, a miniature work of art. 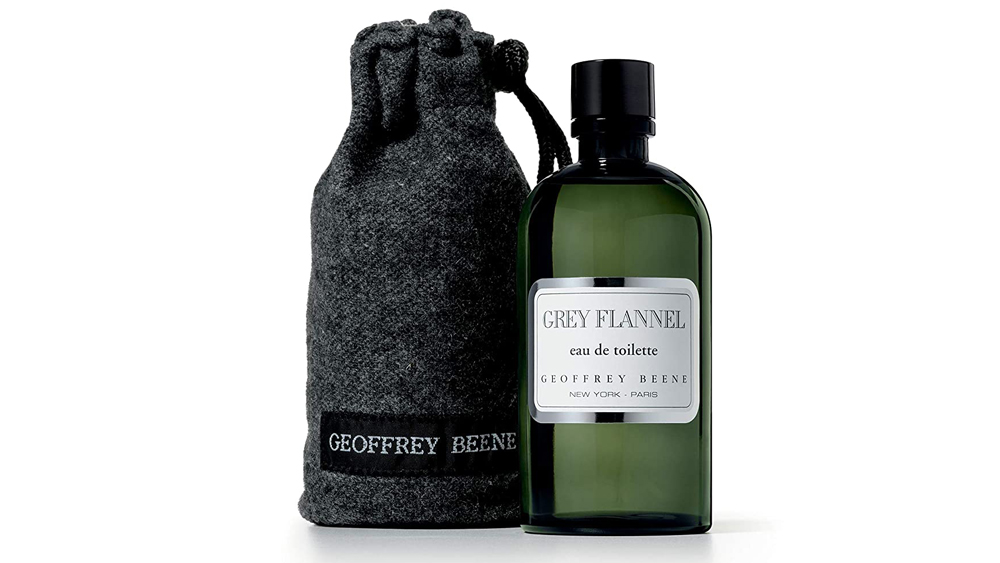 Key to its originality as a men’s fragrance (apart from the fact that it originally came in a drawstringed gray flannel pouch) is the big violet note that gives it its signature smell.

Refined, gentlemanly and understated, it won a prestigious FIFI Award (the equivalent of a fragrance Oscar) on its launch and remains one of the most distinctive and original fragrances on the market.

“This classic shows no sign that it came onto the market in the middle of a decade not generally renowned for its timeless style,” writes Bernhard Roetzel in Gentleman: A Timeless Fashion. “It goes best with a wardrobe organized along classical lines”. Beene would be delighted of course, if that wardrobe contained some actual gray flannel. 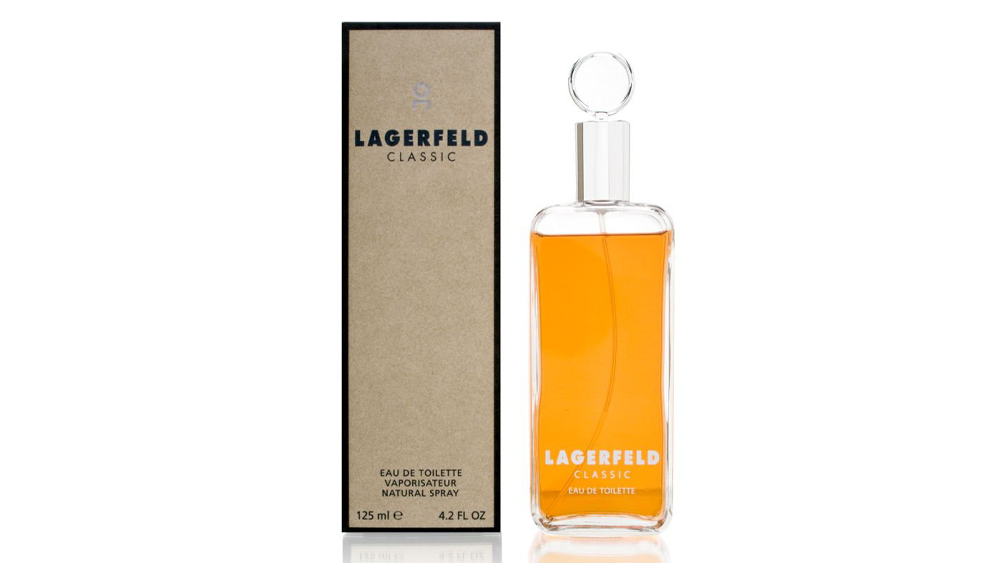 Herr Lagerfeld might not be with us anymore but seek out his first fragrance for men, now (rightfully) known as Lagerfeld Classic and you’ll discover why the German designer was lauded not just for his fashion but for his fragrance too.

Launched in 1978, this distinctive evening fragrance is a warm, sweet and heady leather-meets-tobacco-meets-rose number with a creamy, sensual base of patchouli and vanilla. It’s this last note that gives the creation much of its ‘edible’ gourmand quality. Gourmand fragrances, featuring ‘foodie’ notes like vanilla, coffee and candy, have been a prominent trend for several years now. If you’re a fan of Mugler’s A*Men, Gaultier’s Le Male or Tom Ford’s Noir Extreme you’ll love this.

Like Doctor Who, the fragrance has re-generated a few times as its license has passed through various hands, but it remains a strikingly original, sexy, powerhouse of an eau de toilette that’s like nothing else. Perfect for modern dandies. 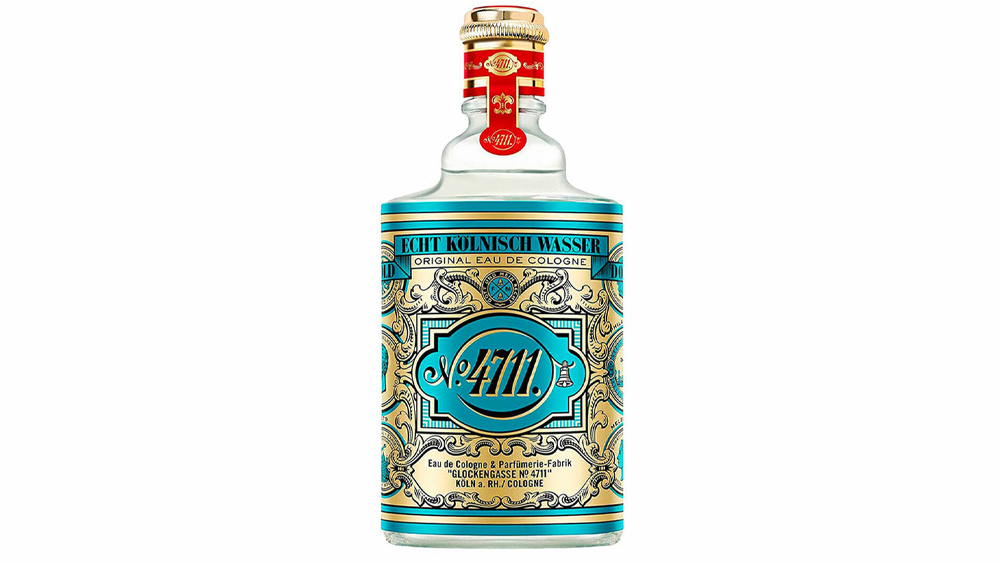 Created in 1792 (how’s that for staying power?) this superbly fresh and crisp blend of citrus fruits and aromatic herbs is an inexpensive essential every man should have in his fragrance armory. Fusing lemon, orange, bergamot, petitgrain and neroli with lavender and rosemary, it’s the template for many contemporary colognes.

“[It’s] the ultimate summer fragrance, with a zestiness that’s guaranteed to uplift, invigorate and refresh,” says Matthews. “But because it’s a low price and stocked in drugstores people often overlook it.”

Its delicate, understated lightness makes it perfect for gym bags and office drawers too. “As an eau de cologne it won’t last for hours on the skin but because of its incredibly low price, can be spritzed with absolute recklessness,” he says. 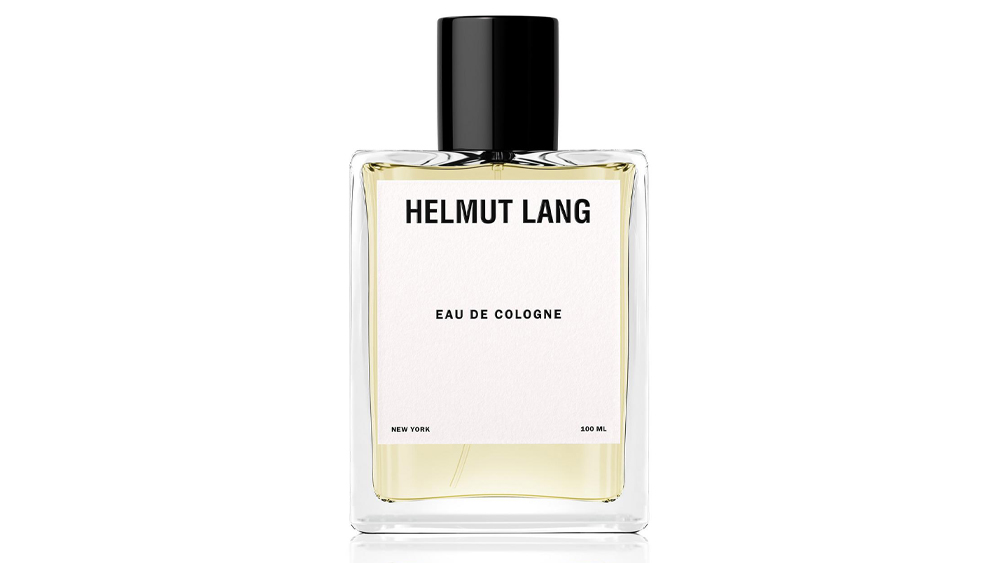 Originally launched in 2000, Helmut Lang’s cult Noughties fragrance has had more comebacks than Fleetwood Mac, though thankfully with fewer changes to its appearance.

A light, floral/woody concoction with traditionally feminine notes of lily-of-the-valley, heliotrope and jasmine fused with more obviously masculine ones of sandalwood, cedar and patchouli, it has a powdery, unisex, candy store sweetness and barbershop freshness that makes it the perfect scent for sharing.

Discontinued in 2005 following the departure of the Austrian-born designer from the fashion industry, it was resurrected nine years later to the delight of Lang lovers everywhere but recently vanished again like one of its top notes. Difficult—but not impossible—to find, bottles are still available on some online stores and via eBay. Snap up one if you can—if not to wear, then as a sound investment. 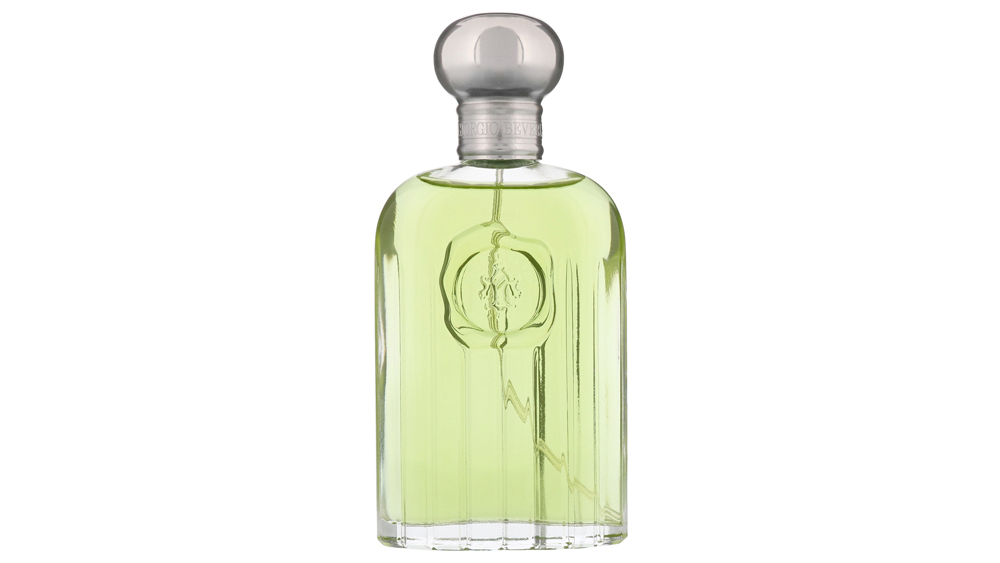 Hailing from the mid-’80s, when men’s fragrances were as big as yuppy bar bills, this woody, aromatic cologne perfectly captures the confidence and bombast of the Beverly Hills lifestyle circa 1984.

“Back then fragrances had to be Godzillas because in the 1980s the consumer marketplace was an overstuffed elevator in which everybody was elbowing and poking each other,” points out Lizzie Ostrom, author of Perfume: A Century of Scents.

Thankfully, like many powerhouse fragrances from the ’80s, it’s been toned down somewhat over the years and the original creamy, lemon curd vibe has been replaced by a sharper, bitterer citrus zing which gives it a more contemporary feel.

What does remain, though, is the earthy patchouli note that gives it its character, along with a dollop of sweet and sensual honey – a note relatively rare in men’s fragrances and later used the likes of L’Envol de Cartier and Bulgari Man. It’s great for daytime or evening use but still packs a punch, so go easy when applying. 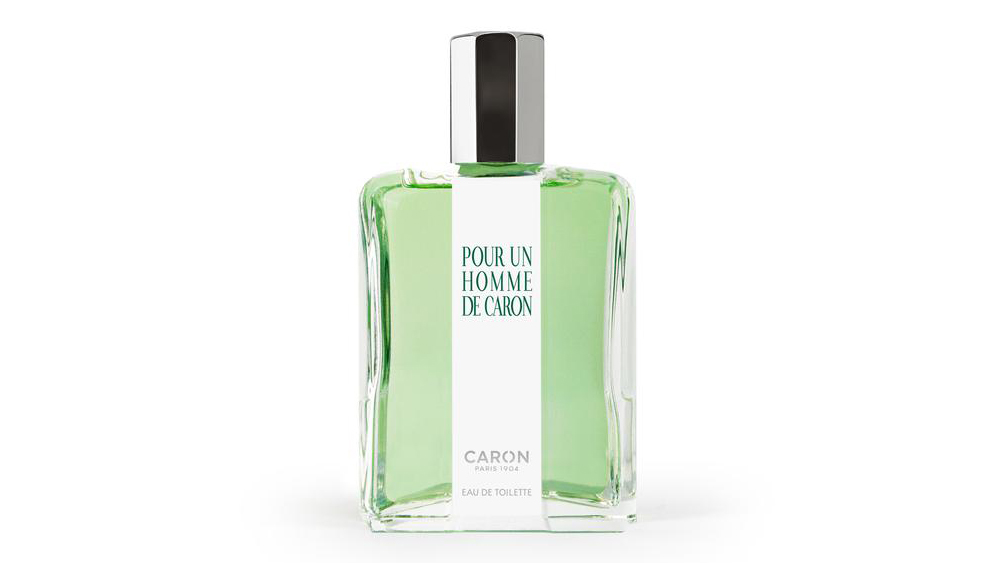 Widely regarded as the very first fragrance specifically marketed at men, Caron’s lavender grenade Pour un Homme launched way back in 1934—so you’re forgiven if it’s not on your olfactory radar. Fresh and aromatic and yet smooth and creamy thanks to a hefty dose of vanilla, it’s remarkably simple yet effective and has inspired scores of other fragrances, Dior Homme included.

“It still works today because it captures a truly timeless accord, where the soft, malty sweetness of its vanilla and lavender overlap,” says award-winning fragrance blogger and podcaster Thomas Dunckley of The Candy Perfume Boy. “It’s rugged and handsome and that never really goes out of style.” Fans also describe this most gentlemanly of scents as smelling oddly reassuring and comforting – making it the perfect fragrance for uncertain times.

As well as being a favorite of James Dean and having a song written about it by French balladeer Serge Gainsbourg, it’s also one of Tom Ford’s favorite fragrances, so if you do fall in love with it you’re in very good, not to mention very stylish, company.