Orlando is well-known for its adrenaline-pumped theme parks, lesser so for the city itself, which is around 15 miles south of them. It’s home to some of Florida’s coolest and quirkiest experiences, but most people don’t catch sight of it in the rush to Disney World. So where’s the best place to start? Take in the city skyline and the best of downtown Orlando on one of its many rooftop bars, ideally armed with a craft cocktail. From tiki bars to EDM nightclubs, here are seven of the best rooftop bars in Orlando.

The Best Rooftop Bars in Orlando 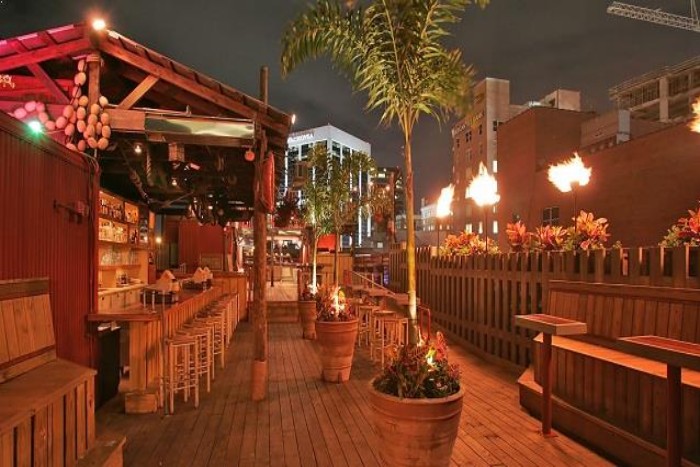 One of the city’s most popular options for alfresco drinking resides on the third floor of Church Street Bars. It’s also the largest rooftop bar in Orlando, so you’re almost always guaranteed to find a good spot. There’s a large tiki-style bar on the spacious decked terrace, with palm trees and wooden stools. It’s a true tropical escape in the heart of historic downtown Orlando. And, if you get there early enough you can enjoy 3-for-1 on drinks.

There are two bars to choose from downstairs too, so you can feasibly curate your own bar crawl without even leaving the building. The expansive skyline and sunset views are worth the inevitable queue to get through the front door at Bar 17 Bistro. Set 17 storeys up, above Universal’s Antura Hotel, you can see Universal’s three theme parks in high definition too. While the views are a big draw, guests also come to nosh on the Signature Bao Buns, specifically *those* braised pork belly delights. There’s a lengthy wine, beer and custom cocktail list to make your way through too. 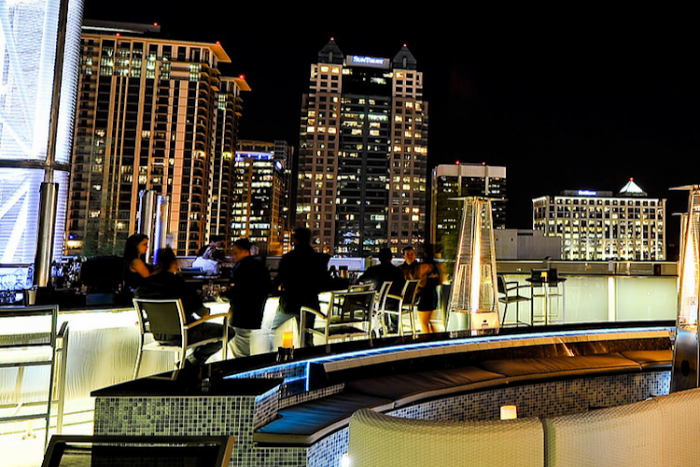 Sky Lounge, formerly known as One80, boasts some of the most exquisite views downtown Orlando, with 180 degrees of the sweeping city skyline. It sits atop the Amway Center, which is home to Orlando’s beloved basketball team, Orlando Magic. The dress code is smart casual, but you’ll want to out your glad rags to fit in with its well-heeled clientele. More nightclub than lounge, Sky Lounge offers a busy schedule of events and theme nights, as well as DJ sets into the early hours. The cocktails are a big draw too.

Located downtown, Hanson’s Shoe Repair is an old-school speakeasy bar. You’ll find it in one of the city’s oldest houses, in a rambling 19th century house built in 1883. It’s a well-kept secret, and you’ll need a password – which changes daily – to get past the bouncer. Thankfully, it isn’t too difficult to get hold of, just head to their Twitter account or call the bar directly. The cosy fairy-lit rooftop patio won’t win any awards for height, but it could (and should) for its inspired cocktail list. The atmosphere is second to none, with live bands at the weekend.

Ok, so Celine may not offer the most dizzying views of Orlando, but what it lacks in views it more than makes up for in atmosphere. Located in the Entertainment District, it comprises a few different areas. There’s a ballroom with an elevated stage and top of the line sound system, a prohibition-era speakeasy, a mezzanine and – the crowning jewel – the rooftop bar. Expertly crafted cocktails, live music and plenty of space combine to make it one of the best rooftop bars in Orlando. The weekly schedule of guest DJs and events means the rhythm is constantly changing. 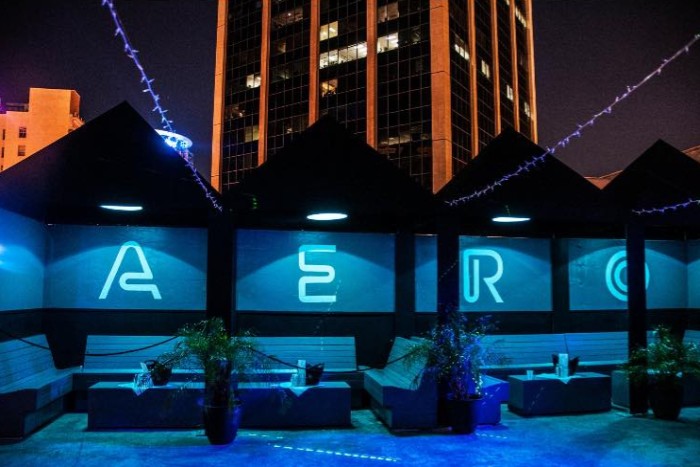 Up on the top floor of The Patio and 64 North, it’s all about the DJ beats. Possibly the most famous nightclub in the city, Aero is the place to come if you’re looking to bust some moves against a good backdrop. The bar is only open from Thursday to Sunday at night, so it’s not the sort of place to stop for an afternoon drink. Expect strong drinks, EDM DJs and laser light shows alongside those beautiful vistas.

Another North Orange Avenue offering, M offers highly Instagramable views of Lake Eola and downtown Orlando. Acoustic music and big comfy sofas make for a comparatively laid back atmosphere.  Pick up a crafted cocktail and soak up all that atmosphere with a late-night menu of light bites and small plates. Or, if you’re after some daytime fun, head there at the weekend for Liquid Brunch.