Santa Cruz –’ Surf City’ – is one of the best places to surf in California. Between its world-class waves and its liberal, laid-back atmosphere, it’s synonymous with the surf-side good life. It’s also home to the famous O’Neill brother, credited with opening the first-ever surf shop in the 1950s. The Pacific Ocean is known to be unkind to beginners and with 11 world-class surf breaks and some famously fierce swells, there are certainly some dangerous spots. But dive a little deeper and you’ll find waves of all sizes, making it a great destination for surfers of all levels, whether you’re just getting started or you’ve been riding the waves for years. Looking for the best surf spots in town? We’ve cherry-picked seven of the best places to surf around Santa Cruz.

Steamer Lane is the most famous surf spot in Santa Cruz, but it’s also one of the most difficult. Don’t try it out “The Lane” unless you’re a pro, when the swell is up it’s the most dangerous place to surf in the area. Even when it’s not, it’s a pretty dicey spot. It’s home to the Cold Water Classic Surf Contest and a popular patch to observe some of the best surfers in the world, from the safety of the beach. There are three main waves here: The Slot, Middle Peak and Indicators.

There isn’t a sandy beach here but if you walk to the other side of the point, you’ll find Its Beach. 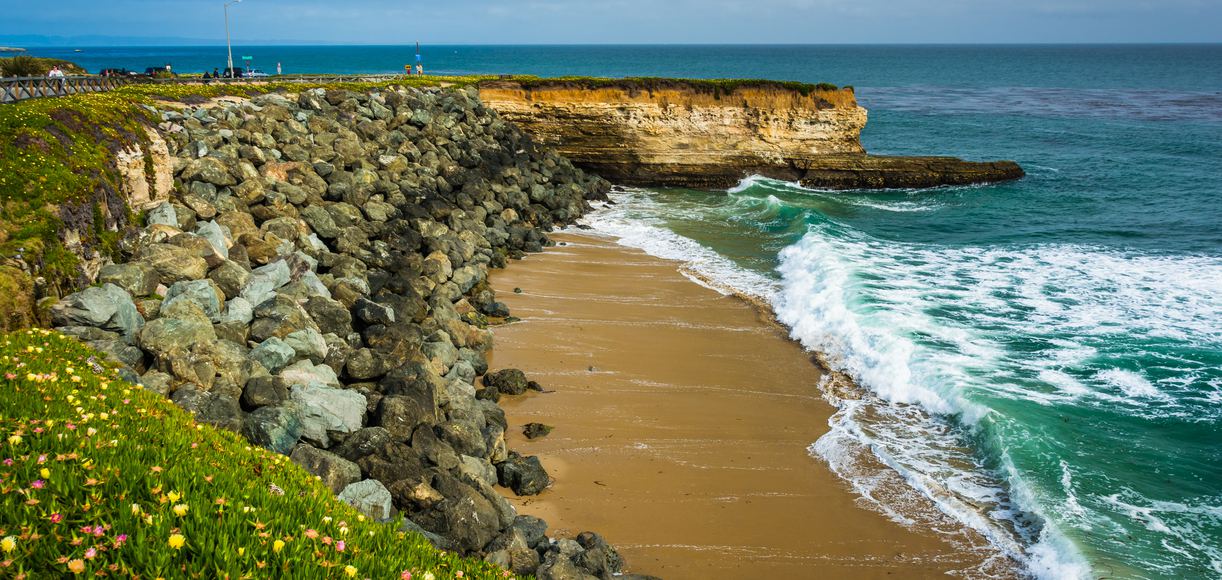 Cowell’s is the best place to start if you’re a beginner or you’re partial to longboarding. The long, gentle waves are perfect for those getting started and it’s an easy paddle out too. The friendly surf conditions make it a popular place to paddle surf too. Cowells Surf Shop rents out surfboards and wetsuits across from the beach and the local surf school will help beginners get to grips with the basics. Head to Cafe Campesino is the perfect spot for post-surf sustenance.

When you’ve had your fill of surfing, there are sand volleyball courts on the beach too. 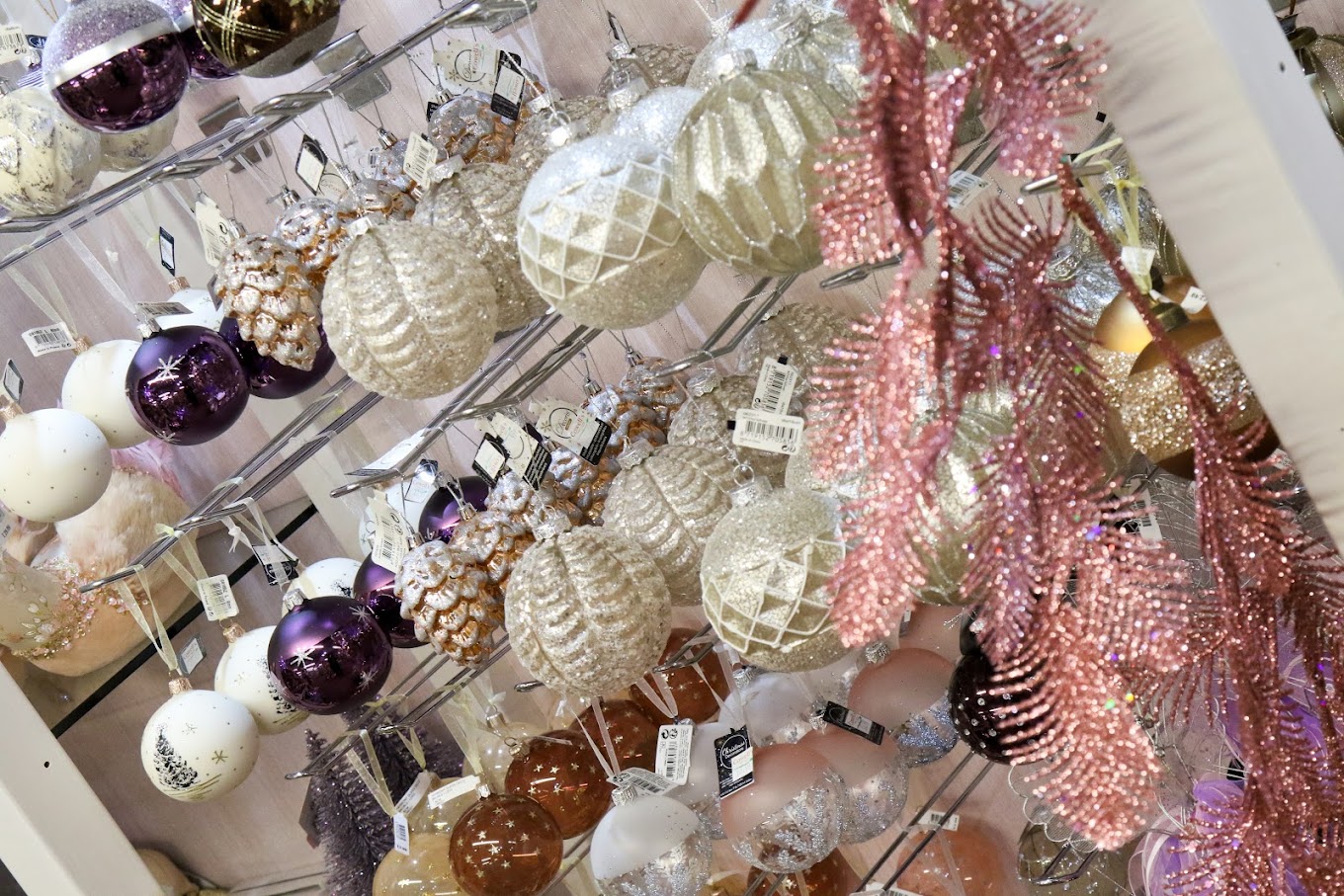 It’s a good hour’s drive from the city centre, but Mavericks is worth the effort. The famous big wave spot is a favourite with daredevils; its brutal waves could kill in a couple of seconds. Waves routinely crest at over 8 metres (25 foot) and top out at over 18 metres (60 foot). With waves to rival Hawaii, it attracts some of the most skilled surfers in the world. The best months to surf Mavs are September through April.

The Titans of Mavericks invitational contest saw big wave surfers compete in a one-day event, but only in favourable conditions. 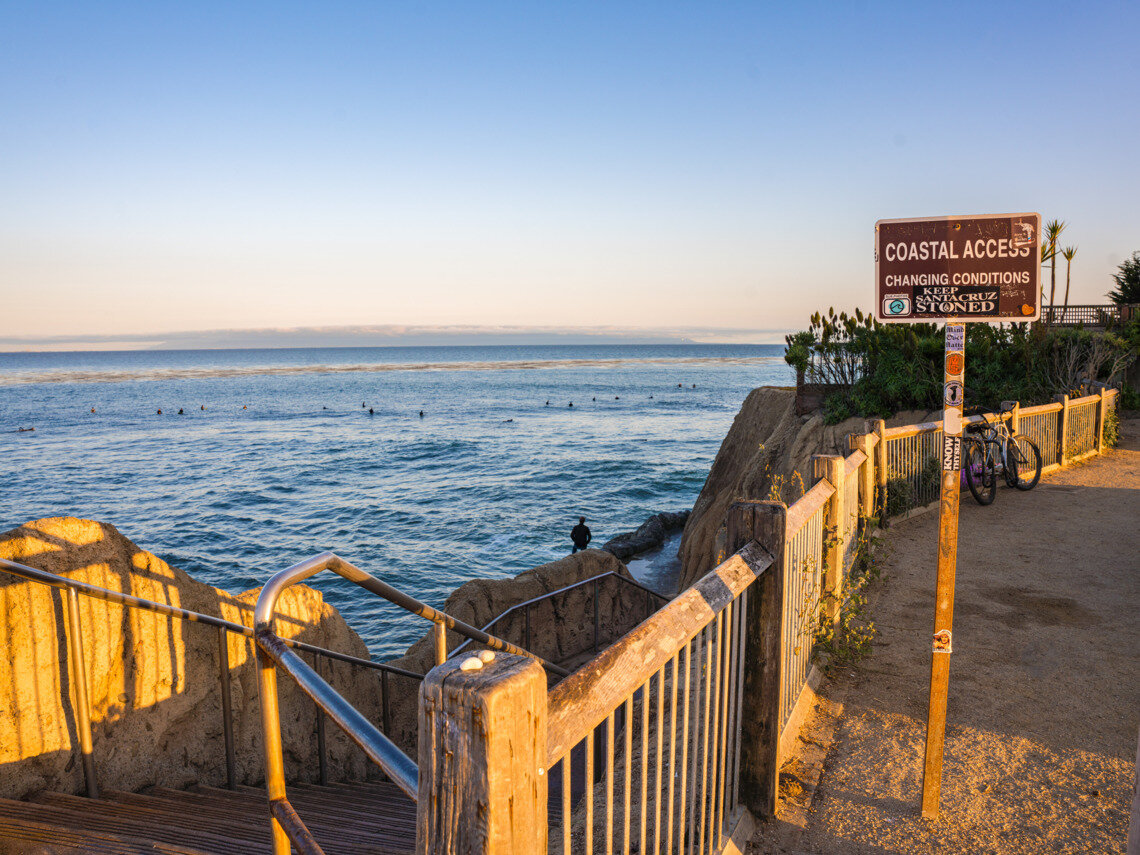 Located on the east side, The Point offers wave after wave. There are spots suitable for surfers of all abilities and it’s popular with both locals and tourist. Some of the most popular spots include the “Sharks Cove”, “The Hook” and “The Drain Pipe”. While it is suitable for beginners, skilled surfers will enjoy showing off on some of the fiercest swells at “The 30th”.

This is the best beach for beginners. The mellow waves are perfect for complete novices or families looking for a stress-free learning experience. Given its reputation, it can get really busy in the summer so it’s best to head here from Autumn through to Spring. The soft, gentle, right-hand reef is particularly popular with longboarders.

This south-facing beach also has a large pier and big sandy beach. There are events throughout the summer too, with outdoor cinemas, live music on the Esplanade Stage, twilight concerts and art shows. 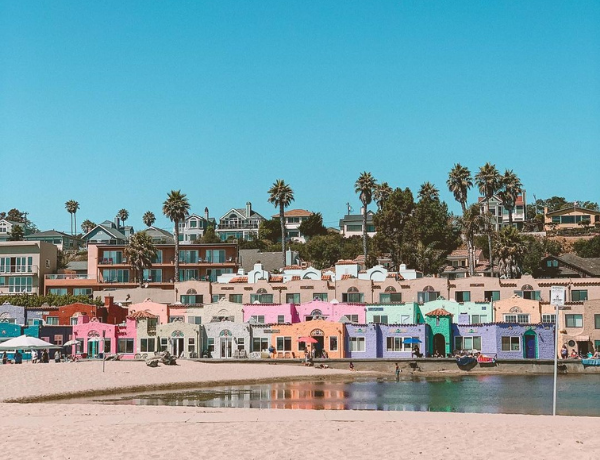 Private Beach is another excellent option for longboard fans. Waves are long and gentle, perfect for those looking for a little seclusion too since it’s lesser-well known than Cowell’s. Once upon a time, it was only open to local residents on Opal Cliff, accessible only by a locked gate fronting the cliffs. Since 2019,  it’s been a public beach. It’s around a mile from Pleasure Point and to get there you’ll need to climb down the wooden staircase from the bluffs. Located four miles out of Santa Cruz (hence the name), Four Mile Beach is popular with surfers of all skills. Swells vary dramatically and when it does pick up, it offers long rights towards the beach. The current can be strong here too but in the summer the waves tend to be more manageable.

There’s a trail along the bluff to 3 Mile Beach if you’re looking for a picturesque hike to accompany your surf too. 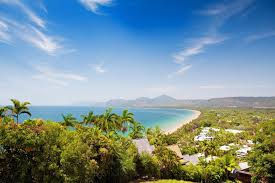 7 of the Best Beaches Near Rome