The Bahamas boast some of the best beaches and reefs in the world, from pink sandy stretches to rocky outcrops ringed by rich marine life. If you’ve got snorkeling in mind, you’re in the right place. The seas surrounding the Bahamas 700+ islands are bursting with tropical fish and kaleidoscopic corals, as well as sea turtles, squid and stingrays. But while it’s hard to get unlucky here, not all snorkeling locations are equal. To help give you a head start, we’ve cherry-picked seven of the best places for snorkeling in the Bahamas

Best places for snorkeling in the Bahamas

Nassau is the Bahamas’ most popular snorkeling destination for good reason. Dive sites and reefs are easily accessible, without compromising on a vibrant undersea life. You certainly won’t have the spot to yourself since it’s popular with cruise passengers, but it is possible to find some quieter patches, like Rose Island Reef. Located around three miles to the east of Paradise Island and accessible only by snorkel boat, there are two shipwrecks to explore here, as well as a variety of exotic fish. 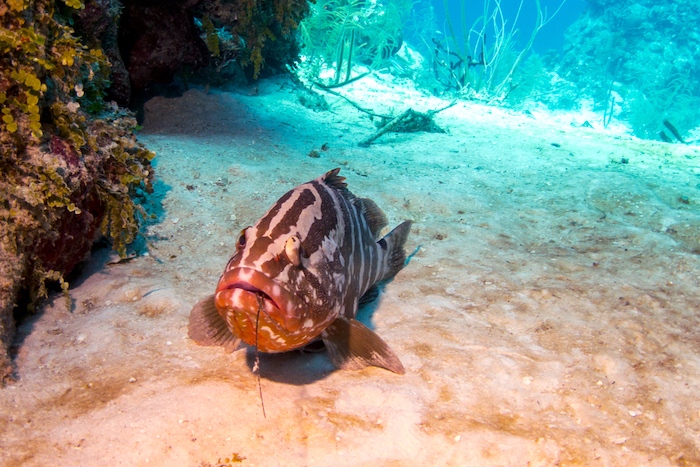 Bimini is best-known for its world-class diving spots but it’s also home to a variety of shallow snorkeling spots too. Its black coral gardens are mesmerising and easily accessible from the shore. If you’re lucky, you might get to swim alongside spotted dolphins too.

It’s such a beautiful spot that some say that the northern shores of Bimini are the gateway to the lost continent of Atlantis. When you’ve had your fill of snorkeling, hotfoot to Eagle Ray Run to see dozens of eagle rays swim like jet fighters. 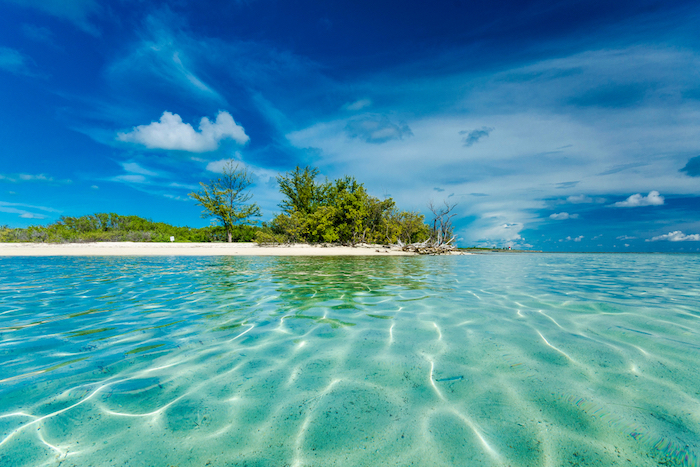 There are over 130 miles of pristine cays to explore on Abacos, but Elbow Cay is one of its most exciting spots. Thanks to the proximity to the Gulf Stream, visibility is excellent almost all year round. The eight-mile stretch is home to the Mermaid Reef, one of the best snorkeling spots for beginners in the Bahamas. There are hundreds of moray eels and red snappers to see, as well as a sunken Civil War-era gunship called the Adirondack. Tahiti Beach boasts calm waters all year round too. Andros is home to the third-largest reef in the world, so you would be right to assume that it offers superstar snorkeling opportunities. The Andros Barrier Reef is home to a staggering variety of marine life, with over 164 species of fish and corals. It boasts excellent visibility, dropping to around eight feet on the island and a staggering 6,000 feet in the aptly-named Tongue of the Ocean.

It’s one of the best places to see the Blue Marlin – the Bahamas’ national fish. Don’t underestimate them whatever you do; Blue Marlin’s reach up to five metres and weigh up to 907 kg!  There are dozens of marlins, sailfish, reef sharks, lobsters and game fish to spot too. Sitting across the harbour from Exumas’ colourful capital George Town, Stocking Islands is one of the region’s most enchanting snorkelling spots. It’s best-known for its blue holes – large pools of freshwater that float on top of heavy saltwater. There are dozens of undersea caves and coral gardens ringing the island too.

The currents are noticeably low around Exumas and most of the snorkeling activities require a short boat journey. 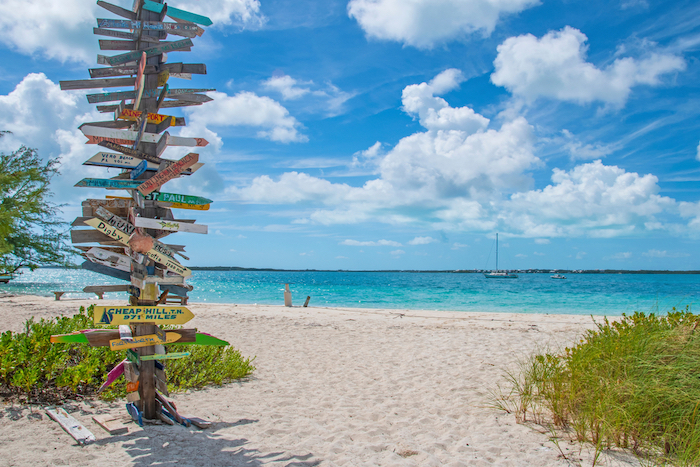 Eleuthera offers a range of excellent snorkelling spots, but Devil’s Backbone is one of the most popular. Don’t be fooled, it’s much less terrifying than it sounds – it’s a pretty family-friendly spot overall. The shallow, jagged reef is home to 17th -century shipwrecks, colourful corals and bonefish. It’s home to more vessels than any other reef in the country, which makes for fascinating snorkeling when the visibility is good too. Depths range between 5–35 feet. The lesser-explored Southern Bahamas region is an excellent option for those looking for some more secluded snorkeling opportunities. San Salvador boasts a range of excellent options within spitting distance of Cockburn, the island’s main village. Riding Rock Resort and Marina offers access to one of the Bahamas’ most undisturbed reef ecosystems, with guides who can help you navigate the best sites around the island. Try Grotto Bay, near Sandy Point, if you’re looking to get up close to Hammerheads. Other highlights include Long Bay, Bamboo Point and Fernandez Bay. 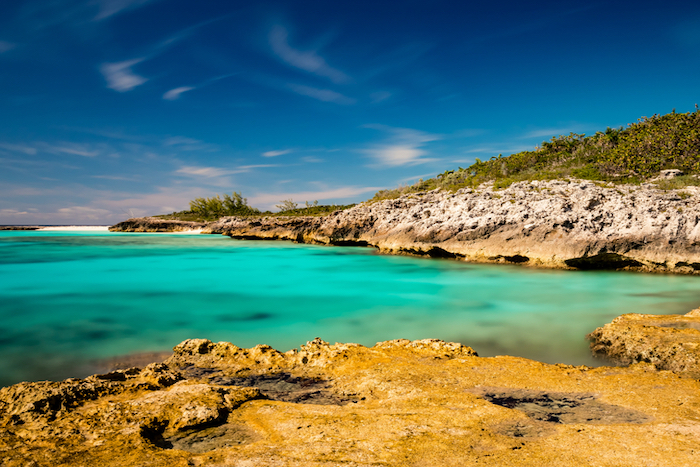 The post 7 Best Places for Snorkeling in the Bahamas appeared first on Big 7 Travel.