You’ll find over 500 castles dotted all across Poland, the ninth biggest country in Europe. The oldest castle dates all the way back to the 13th-century, and there is so much history and heritage to discover hidden in strongholds, in castles of the Teutonic Knights and in the castles constructed by royals and aristocrats as family homes. The best thing about these buildings, it that many have been beautifully restored and you can visit them and go inside! So, if you are planning a trip, or just want to know more, here are some of the best castles in Poland.

The Castle of the Teutonic Order in Malbork, to give it its full title, is the oldest castle in Poland. It dates back to the 13th-century. You’ll find it in the north of Poland, on the east bank of the River Nogat. It is a fortified monastery belonging to the Teutonic Order. It is a wonderful example of a medieval brick castle, which was meticulously restored in the 19th and early 20th centuries. UNESCO inscribed this castle on its World Heritage List stating: “It is the most complete and elaborate example of a Gothic brick-built castle complex in the characteristic and unique style of the Teutonic Order.” 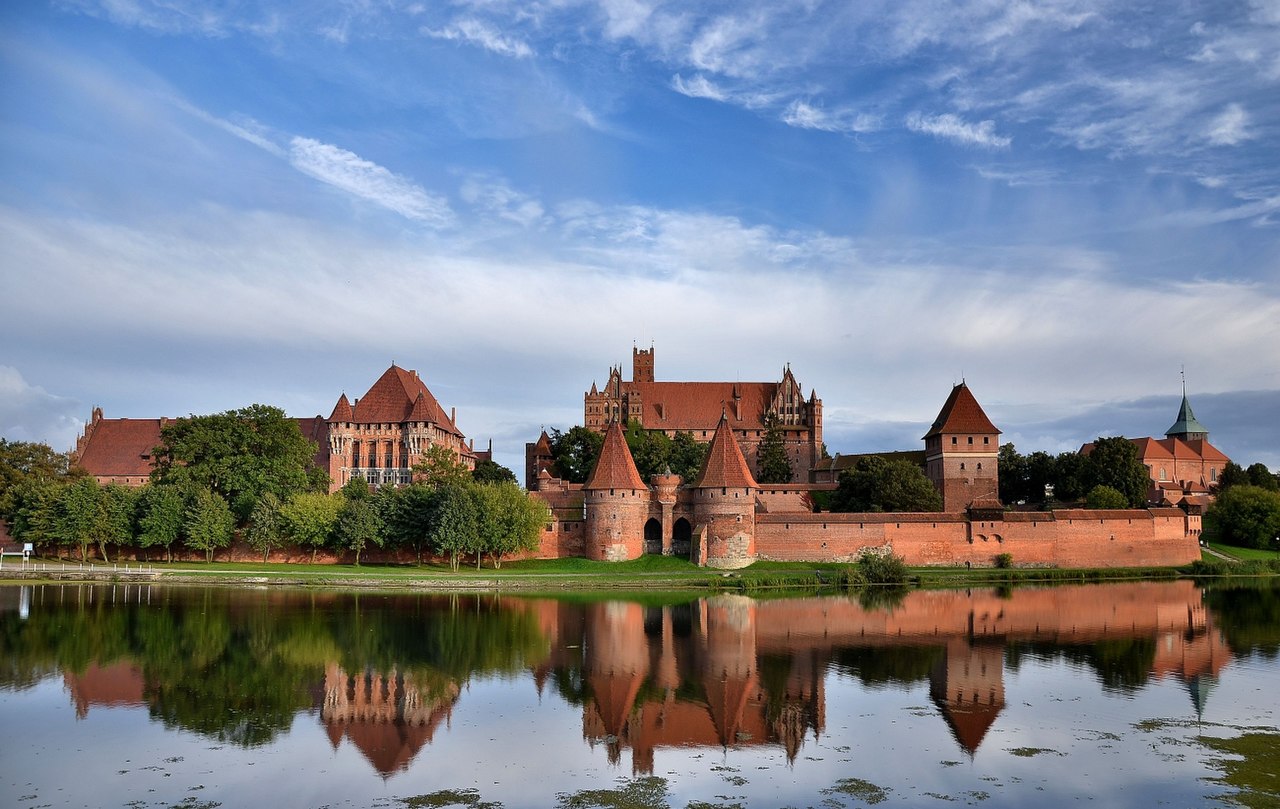 Archbishop Jarosław Bogoria Skotnicki initiated the building of Uniejów Castle in the 14th-century. It was built between 1360-1365 and you’ll find it in the Lodz Province in central Poland. Despite attacks and damage and rebuilds, you can still recognise some of its medieval features, for instance, its gothic main tower and cramped, inner ward. Today, it houses a restaurant and a hotel. So, if you want to stay in a castle in Poland, book a night here. The most historically and culturally important site in Poland is the Wawel Royal Castle and the Wawel Hill. It is so important in fact that was the first UNESCO World Heritage Site in the world. You’ll find this castle and cathedral in Kraków and it is a collection of predominantly Romanesque, Renaissance and Gothic architecture dating from around the 14th-century. What once was the seat of Poland’s royalty now contains a vast wealth of treasures inside and you can stroll around the gorgeous courtyard and take a tour inside. 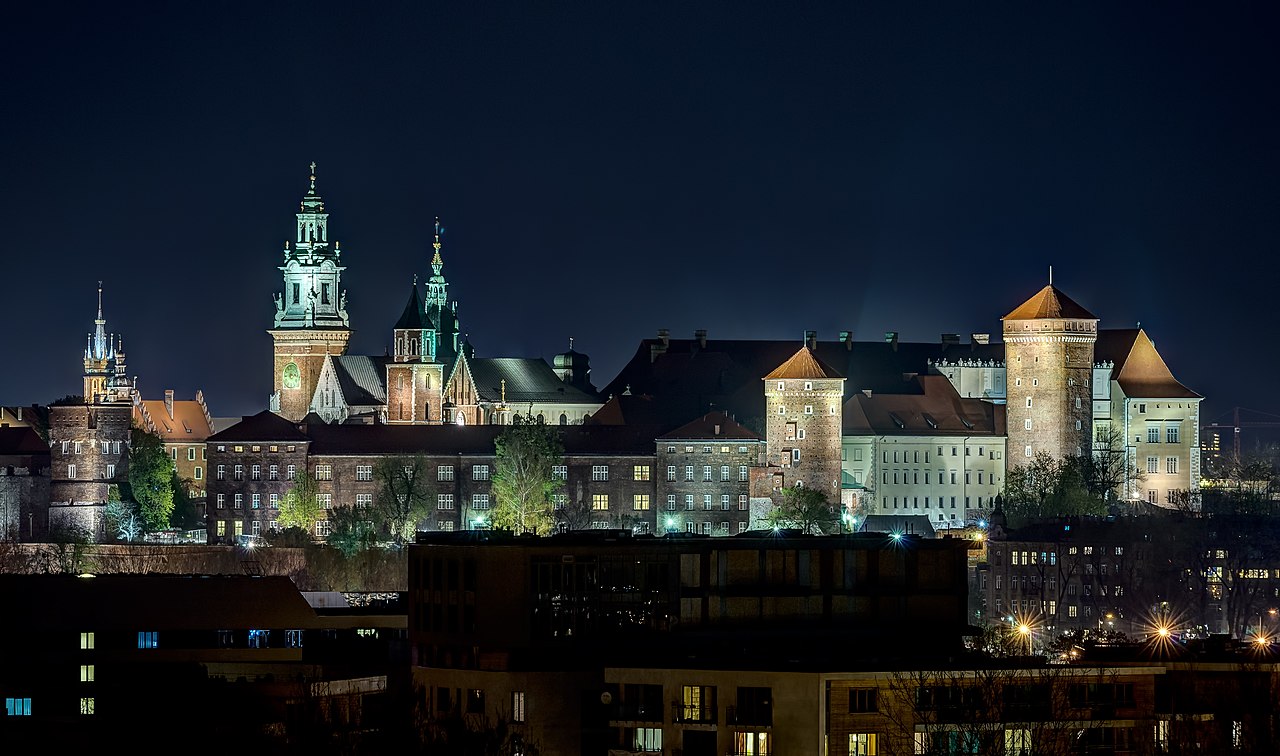 Łańcut Castle is a complex of historical buildings that once were the residence of the Pilecki, Lubomirski and Potocki families. This stunning aristocratic residence is famous for its exquisite interiors and fascinating collection of horse-drawn carriages. It is surrounded by a picturesque park brimming with pavilions and farm buildings. This huge red-brick castle has been the home of Poland’s monarchs for centuries. You’ll find it in Castle Square, at the entrance to Old Town Warsaw. Workers started constructing the castle in 1598 but the German’s destroyed it in World War II. However, a complete restoration took place from 1971–1984, during which it regained its original 17th-century appearance. Today, it is a UNESCO World Heritage Site and a museum. 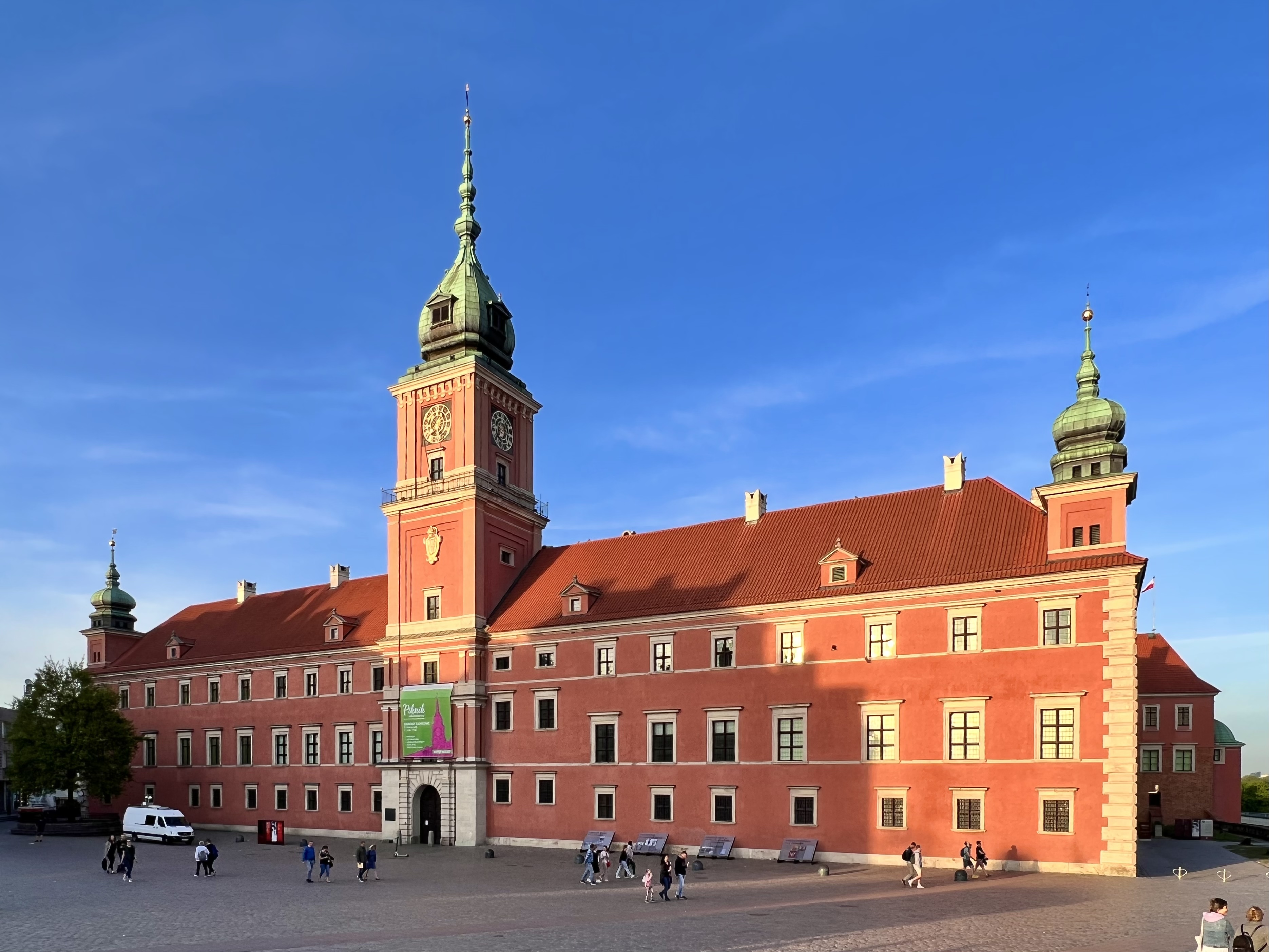 Situated on a forested hill by the River Leksandrówka, Nowy Wiśnicz Castle dates back to 1397. The castle has an irregular shape and is in the Baroque architectural style with Renaissance elements. Once one of the most powerful strongholds in Poland, today it is a museum and very popular tourist attraction. 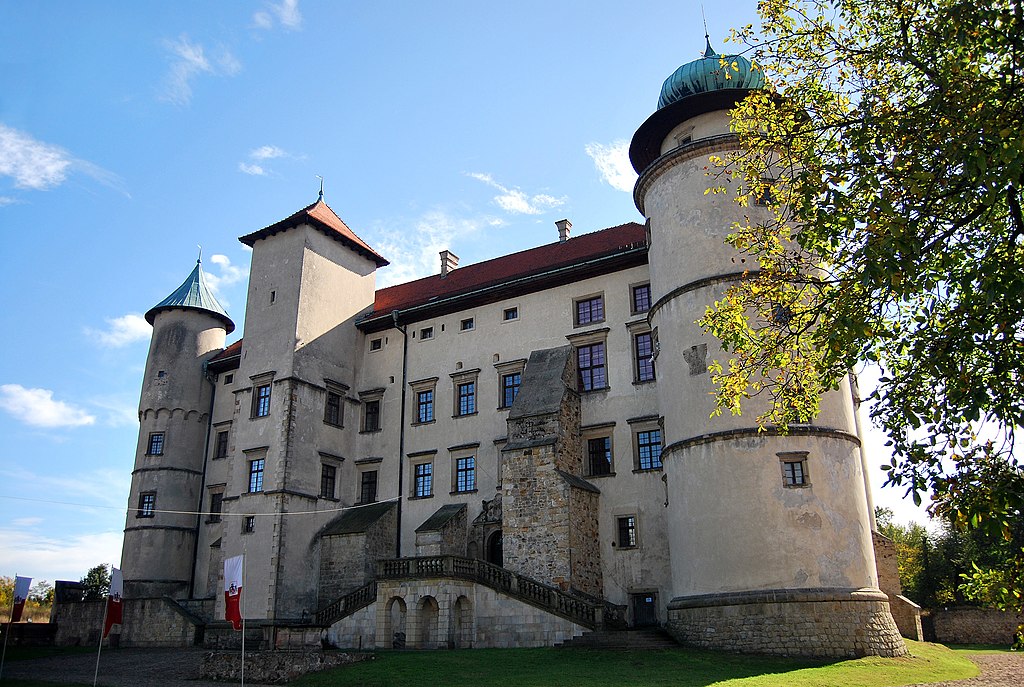 The German Tiele-Winckler family lived in this impressive 17th-century castle. The castle contains 365 rooms and 99 turrets and is reminiscent of English castles from the Elizabethan period (1558-1603). The former residence also has a stud farm with thoroughbred Arab horses that attracts many enthusiasts of equestrian sports. If you are looking for a romantic fairy-tale castle in Poland, this is it. 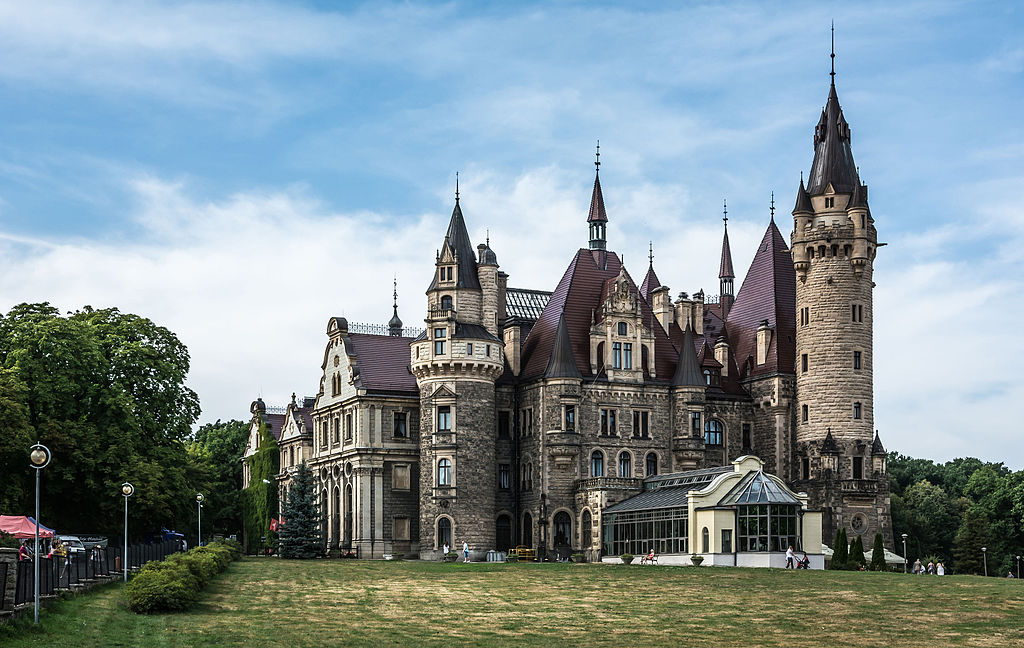