These coloured lakes and rivers around the world seem too beautiful to be true… Most people think water is blue because the oceans that surround us are blue, but this isn’t true. Water is actually clear, so the colour we see in lakes, oceans, and other bodies of water is actually the refraction of light of various particles within the water.

Almost all sunlight that enters the ocean is absorbed quickly leaving the ocean blue. The red, yellow, and green wavelengths of sunlight are absorbed by water molecules in the ocean, but this isn’t the same for all bodies of water.

These stunning bodies of water feature every colour of the rainbow!

Coloured Lakes & Rivers Around The World

Known as the rainbow river in English, the water is extremely clear due to the lack of nutrients and small particles, the colour explosion is from the water plants. The colours range from red, white, black, blue and yellow. 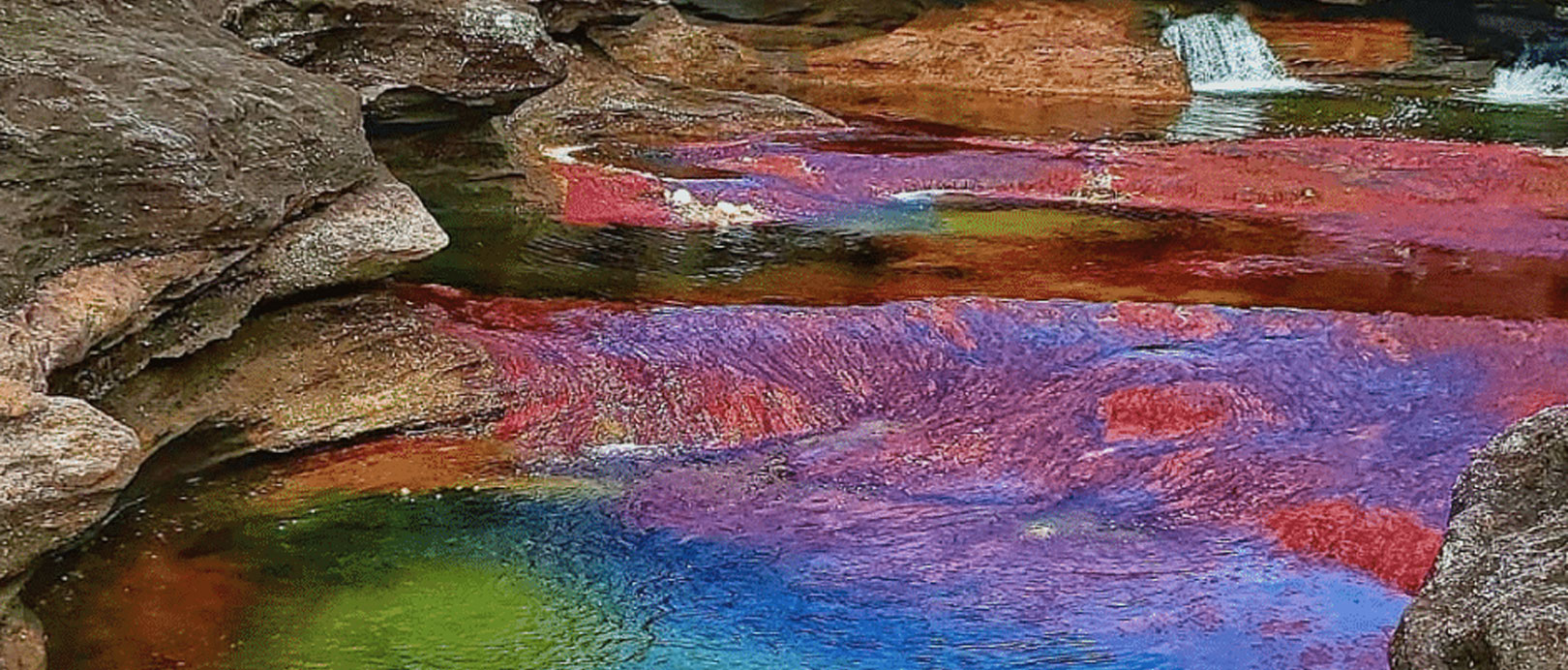 This salt lake contains borax islands, whose white colour contrasts with the reddish colour of its waters, which is caused by red sediments and pigment of algae. 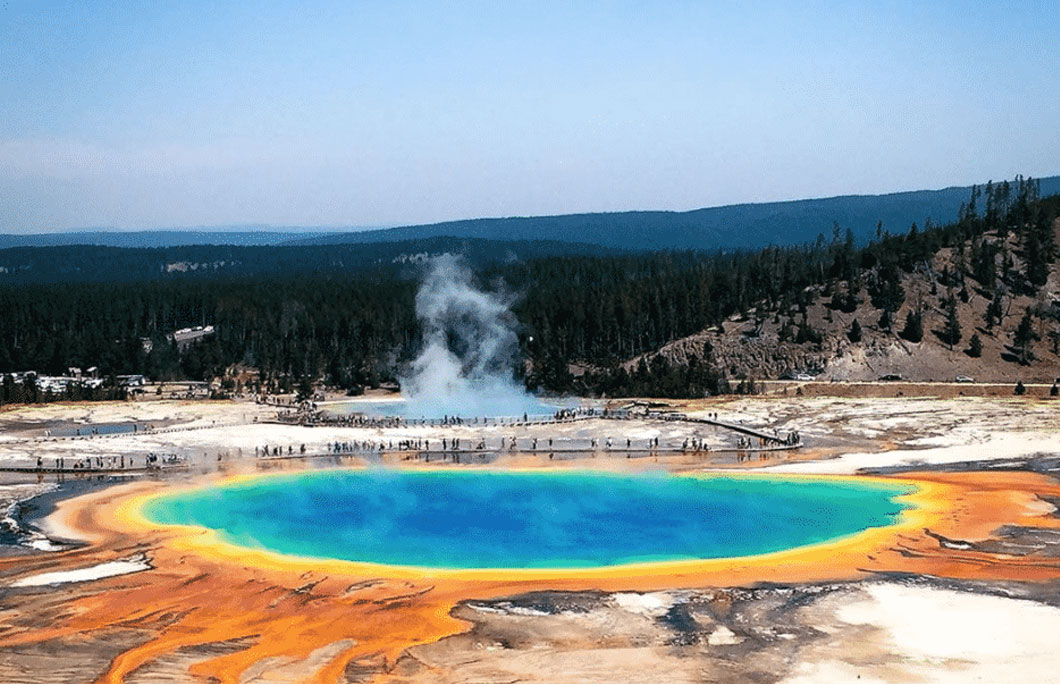 Located in Yellowstone National Park, the bright vivid colours in the spring are the result of microbial mats around the edges of the water. The mats produce colours ranging from green to red. 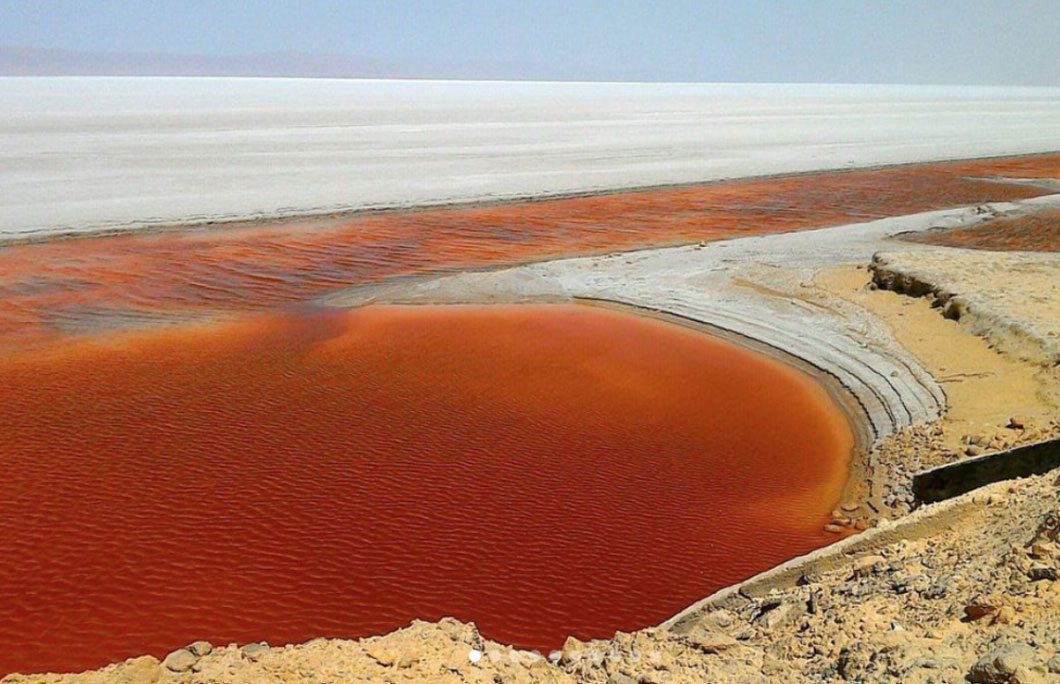 This great salt lake is located in the Tunisian part of the Sahara desert, it’s a seasonal lake that is dried up for most of the year. The water varies in colour from light green to gentle pink and vibrant orange. This shallow saltwater lake evaporates quickly because of the hot climate and leaves behind salt. Microorganisms thrive in these salty conditions which give the water this colour because they use red pigments for photosynthesis to stay alive. Unlike the other bodies of water on this list, this lagoon was purposely died black to warn people away from swimming. The blue colour comes from chemicals leaching out of the limestone. 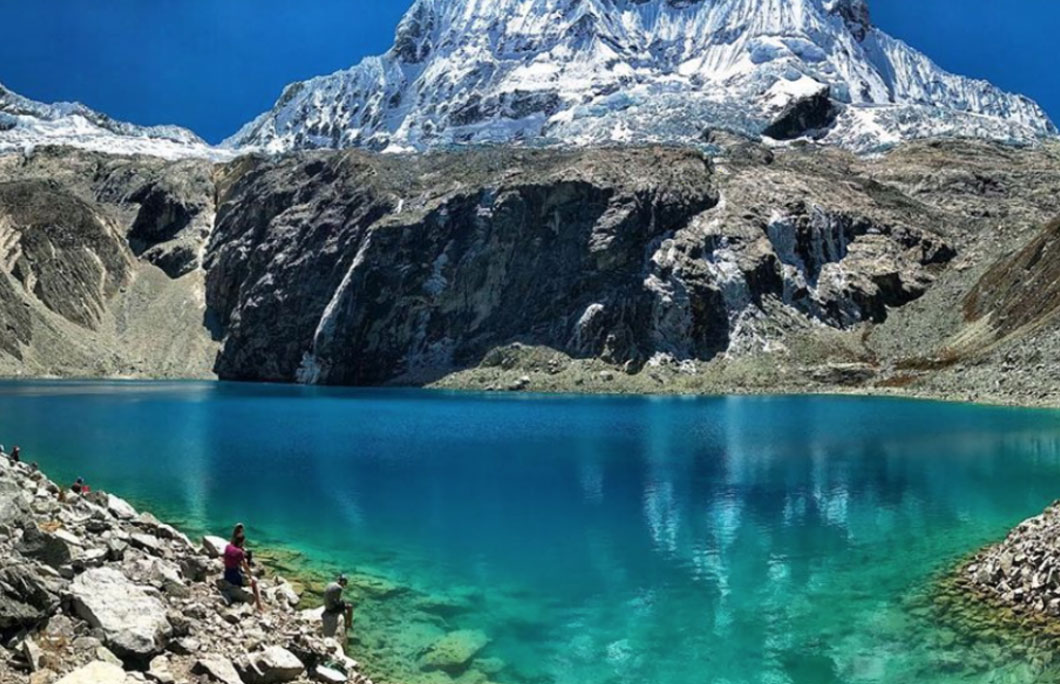 The altitude of this turquoise lagoon is at an incredible 14,764 ft. It gets its amazing bright turquoise hue from the minerals in the water.