5 things to know about Princess Diana’s engagement ring, as seen on The Crown

Thanks to the return of the Netflix hit series The Crown, Princess Diana fever is in full swing once again.

That is, the worldwide obsession with the late Diana Spencer, the former Princess of Wales who was more affectionately known as the “People’s Princess”.

In the fourth season of The Crown, she is portrayed for the first time by Emma Corrin. The new episodes follow Diana’s rise to the royalty and casts a spotlight on her strained relationship with her mother-in-law, Queen Elizebeth II, and later, her husband, Prince Charles.

Behind the myth and magic of the sapphire, September’s blue birthstone

Of course, being a historical drama, a lot of what we see on The Crown isn’t actually true. (The British royal family reportedly aren’t fans of the show.) Still, there is some truth to be found in certain scenes — like the tension that was present as Lady Diana picked out her engagement ring.

The white gold ring, called the Marguerite, featured a 12-carat oval Ceylon sapphire that was surrounded by 14 solitaire diamonds. It doesn’t sound much on paper, at least as far as high jewellery goes, but it went on to become the most famous engagement ring in history. Below, we take a look at everything we know about the jewel — and how, like its owner, it differed from all others in the royal family.

The ring was a catalogue item

One thing that The Crown gets right is mentioning that Princess Diana’s engagement ring was neither a family heirloom nor a private commission (as are customs), but one that was simply for sale.

It was offered by Garrard & Co, a fine jewellery brand from London that had served the royal family since the 1800s, for £47,000 (S$83,962). Anyone else could buy it if they could afford to — something that the Queen did not approve of.

Then there was the fact that the ring came in a cluster design that was typical of high jewellery in the ’80s. In other words, there wasn’t anything particularly special about Princess Diana’s ring, yet it became iconic because it belonged to her. Even today, you’ll find countless designs inspired by it.

The ring was one of many royal sapphires

Despite the Marguerite ring not having any historical ties to the royal family, it was a still a regal choice thanks to its blue stone. Sapphires had long been popular among the residents of the Buckingham Palace; Lady Elizabeth, Queen Elizabeth’s mother, was offered one by the Duke of York (also known as King George VI, for those who don’t watch The Crown), and so were Princess Anne and Princess Alexandra.

In 1840, Prince Albert gifted his wife Princess Victoria with a blue sapphire brooch. The jewel, surrounded by diamonds, was custom made by crown jeweller Garrard & Co. Sound familiar? Its similarities with the ring Princess Diana ultimately chose was reportedly the reason Prince Charles had included it in his engagement offerings to her, as we see in The Crown.

Princess Diana may have picked it to match her eyes 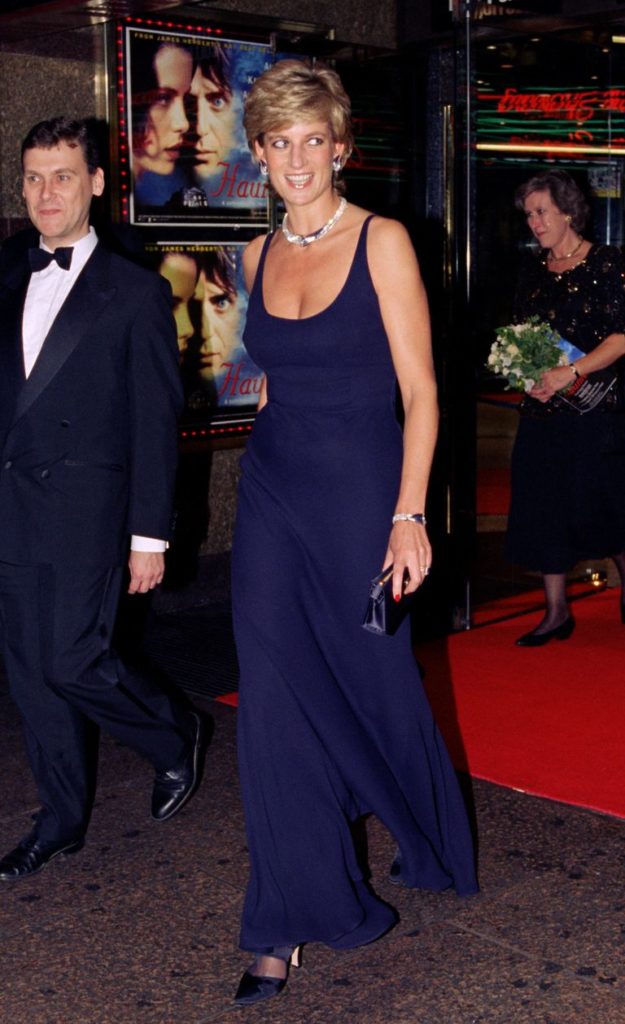 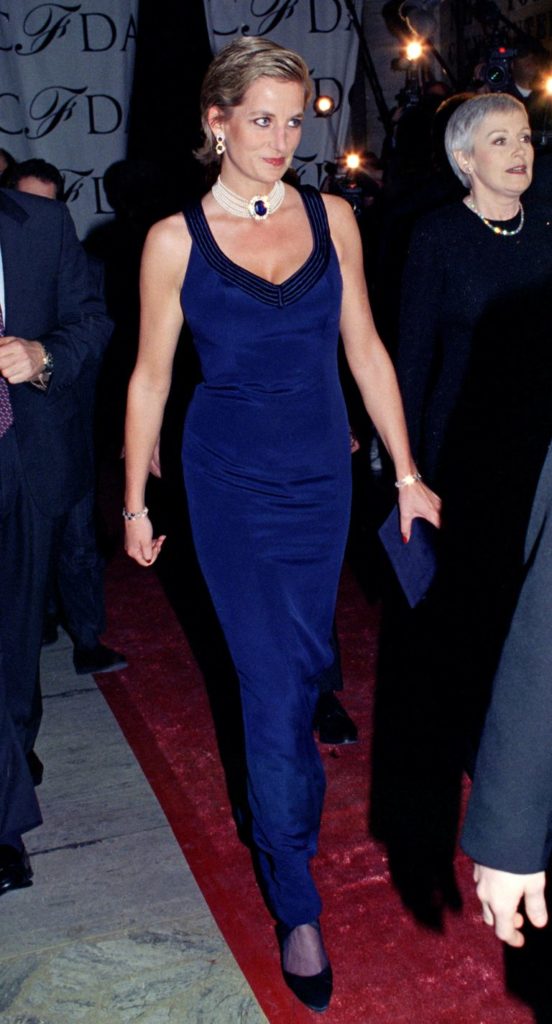 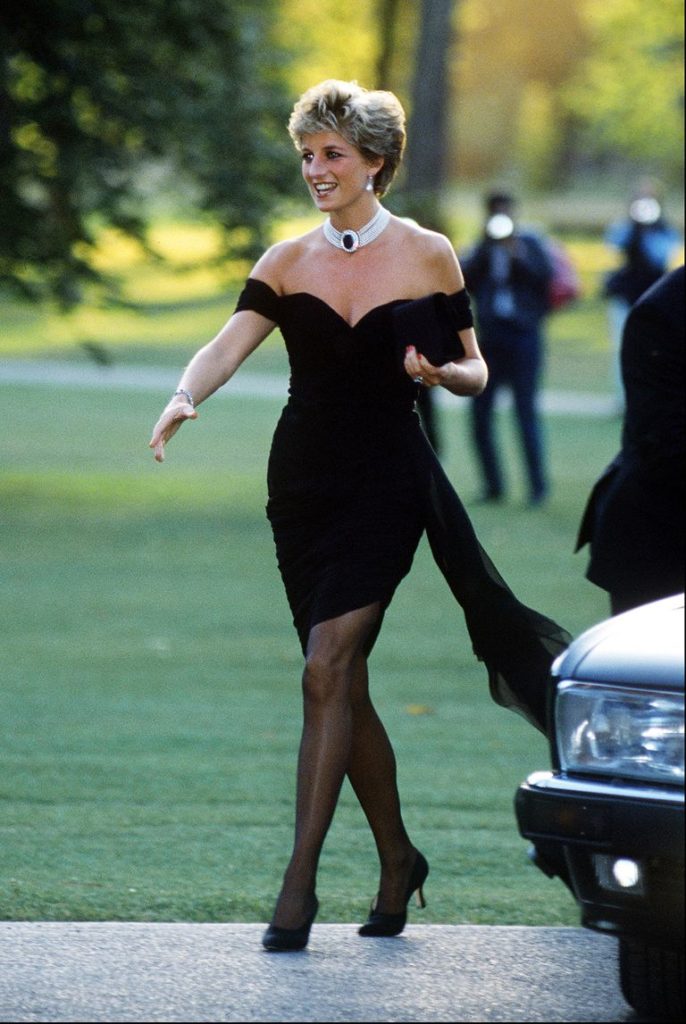 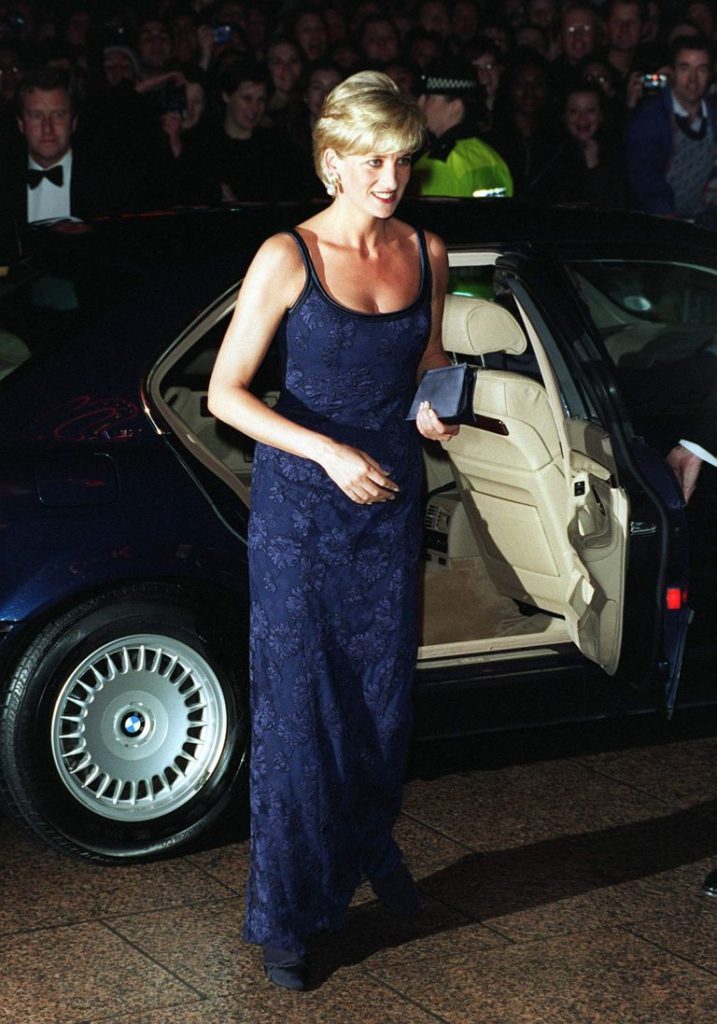 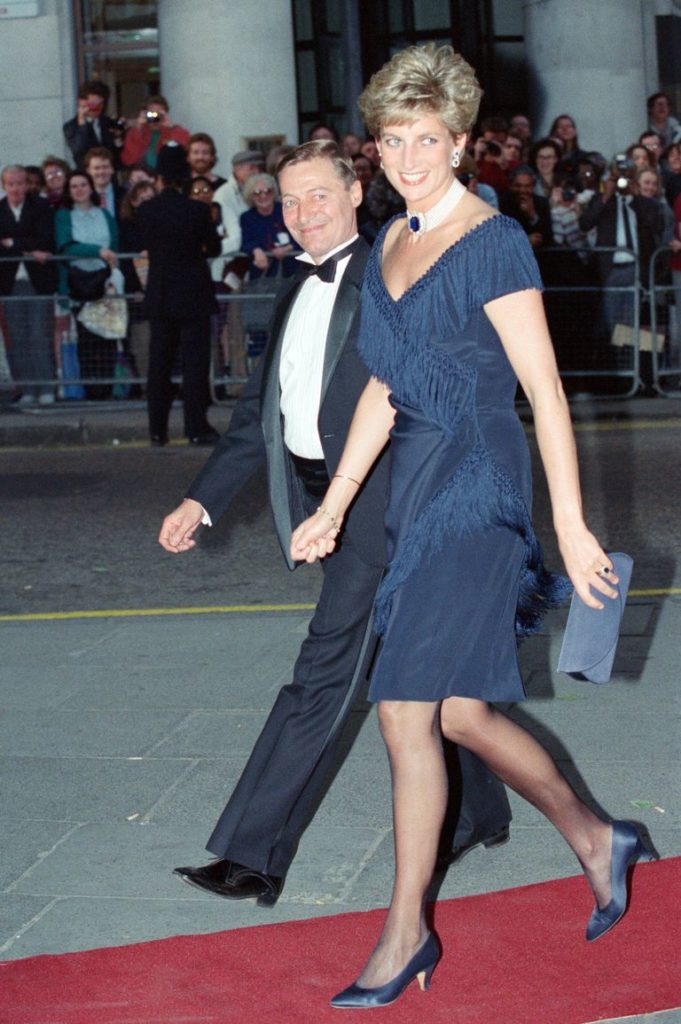 Or so The Crown suggests. Other sources say that Diana had chosen it because it resembled her own mother’s engagement ring, or because it featured the biggest gem. What we do know is that blue was very much the Princess’ colour — and she knew it.

When announcing her engagement with Prince Charles, Diana wore a bright blue skirt suit that she had bought from Harrod’s department store. (The look is recreated in The Crown, right down to its scalloped edge.)

Later, when she officially became the Princess of Wales, she would often attend events wearing gowns in the same deep blue of her famous ring. She also loved pairing her looks with her pearl and blue sapphire choker, which was originally a brooch that Lady Elizabeth had given her. Even more boldly, she used to wear electrifying blue eyeliner — to bring out her eyes, of course.

The ring became a symbol of Diana’s independence

Most divorcees tend to take off their wedding rings upon separation, but Diana firmly kept her blue gem on her hand. It was just one of the many ways that she bucked conventions, much to the dismay of the royal family.

As mentioned earlier, Diana experimented with her makeup. She would wear bright red nail polish. She chose all her own outfits: some were low-cut and form-fitting, while others were black. None of these were allowed in the royal protocol.

Besides establishing her own style, Diana also walked a path that few other princesses did by being actively involved in parenting and philanthropy — hence, the moniker, the People’s Princess. Her engagement ring, which she chose for herself, became to mean something bigger than her failed marriage to Prince Charles; it symbolised her own fierce independence, Princess or not.

The ring has stayed in the family

In 1997, after Diana’s tragic death, her jewellery was inherited by her sons, Princes William and Harry. The Marguerite ring went to the younger Harry, who recalled how the jewel hurt him whenever he held his mother’s hand as a boy.

Later, he would offer up the heirloom to his older brother William for the latter’s proposal to Kate Middleton, saying, “Wouldn’t it be fitting if she had mummy’s ring? Then one day that ring will be sat on the throne of England.”

Today, Kate, now known as the Duchess of Cambridge, is the proud owner of the blue jewel. “This was my way of keeping [my mother] close to it all,” explained Prince William in 2010, shortly after his proposal.

The post 5 things to know about Princess Diana’s engagement ring, as seen on The Crown appeared first on Lifestyle Asia Singapore.