You can’t fault a classic — and linen as as classic as they come for the summer season. This year, however, with a greater spotlight on sustainable fashion, the natural textile shines even more.

In the midst of a revolution, the fashion industry is now looking for innovative, sustainable, vegan materials in order to reduce its environmental impact. Textiles based on mushrooms, grapes and cactuses are some of the original and appealing alternatives to more polluting materials, but we shouldn’t forget that some traditional fibers also meet the current high expectations of brands and consumers. Linen is one such fabric and it’s in the process of making a triumphant return to the fashion sphere.

Linen gets its revenge

Long relegated to the background, or more precisely to household textiles and beachwear, linen could soon become a permanent fixture in our wardrobes. Thanks to whom? Thanks to the luxury houses which, in the face of the current environmental challenges, are increasingly turning to natural fibers. As a result, linen is no longer reserved just for summer dresses and loose-fitting pants to be worn with light shoes and shell bracelets on a stretch of white sand — it’s a cliché that has been real.

These days, linen is more chic than ever, as many designers showed at the Spring/Summer 2021 shows, from Dior to Fendi to Louis Vuitton. One season earlier, it was Jacquemus who was one step ahead of the others and made linen the star of his collection with utterly elegant and sensual skirts, bustiers, pants, and dresses cut in the fabric. “When I was seven years old I made a linen curtain into a skirt for my mother,” the designer recounted at the presentation of the collection. Linen is an on-trend material, now seen in ultra sophisticated versions. The first reason to embrace it.

Without a doubt the best reason to embrace this fiber with multiple merits, but also the reason why designers are turning to it more than ever. Mainly cultivated in Western Europe — “80% of the world’s production of scutched flax fibers are originated from Europe, and France is the world leader,” says the European Confederation of Flax and Hemp — linen is a natural fiber that does not require much water in the cultivation process, unlike other raw materials such as cotton.

We could stop there, but flax also has other advantages for the planet, starting with the fact that cultivation of the fiber does not use fertilizers or pesticides, and it generates little or no waste. As a natural fiber, linen is biodegradable. Less water, no chemicals, no waste … In other words, linen appears as “THE” material of a year placed under the sign of renewal and respect for the environment. 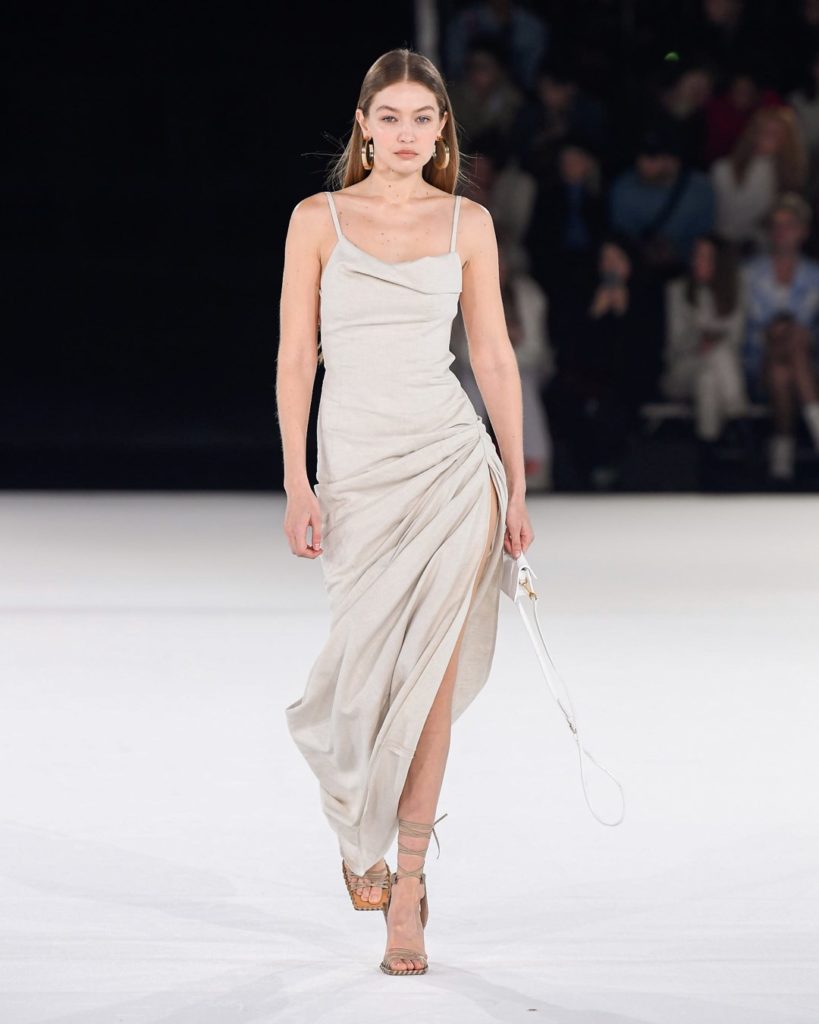 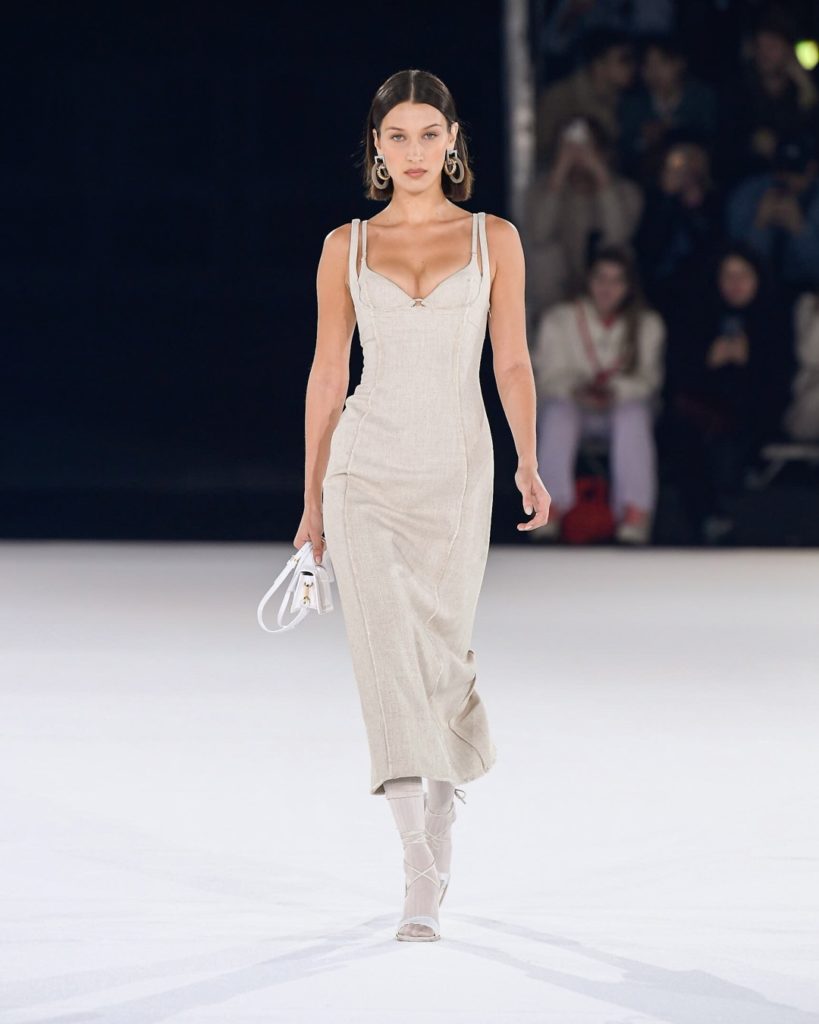 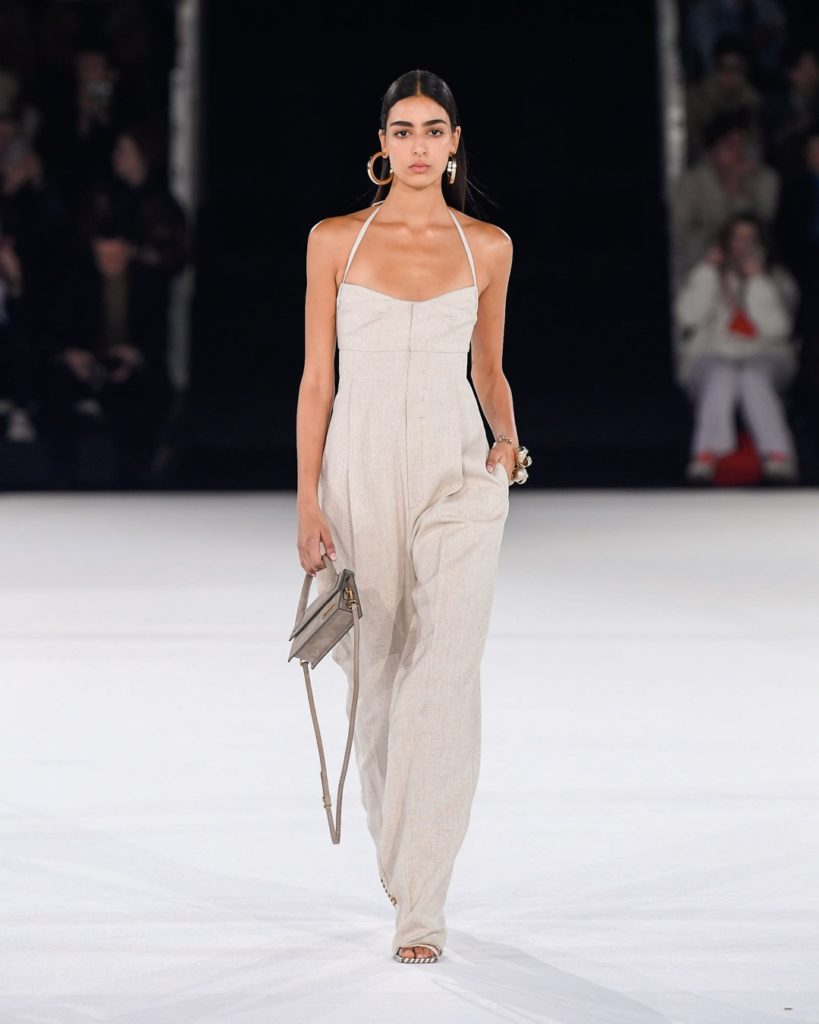 While these days linen is getting a lot of attention for its environmental qualities, the fact remains that the fiber also has a multitude of advantages for the wearer. First of all, linen is very resistant, and therefore ensures a garment will have a long life — it’s no coincidence that the fiber is generally associated with the linens of our grandparents or great-grandparents, passed on from generation to generation.

As if that wasn’t enough, it is also a very comfortable material, which isn’t restrictive and lets our skin breathe. It is also thermoregulating; in other words it allows the wearer to adapt to the temperature: cooler in summer and warmer in winter. A great asset, which allows it to be considered as an alternative to many materials such as wool. And if you have sensitive skin or are prone to allergies, be aware that linen is hypoallergenic, antifungal and antibacterial. There’s no excuse not to adopt it if you don’t want to miss out on the ‘it’ material of the summer and the year!

The post 3 reasons why linen is the best eco-friendly material to sport this summer appeared first on Lifestyle Asia Bangkok.