Autumn might spell the end of long sunny days but it also signals the start of the harvest, the most delicious time of year. Mountains of truffles, wine, nuts, chocolate and vegetables, combined with baggier and thicker clothing, makes it the perfect time of year to tuck into the tastiest things you can find. So stop mourning the end of summer and start planning your foodie getaway. From coffee to crustaceans, here are some of the best autumn food festivals in Europe.

It’s the longest-running oyster festival in the world, for good reason. Over 25,000 people flock to Galway every September for the three-day seafood bonanza. As well as seafood stalls, there are oyster shucking championships, foodie workshops and tastings at some of Galway’s most prestigious restaurants. If that’s not enough to tickle your tastebuds, head to the ‘Oyster Feast Off’ oyster eating competition or hop on the Seafood Trail. 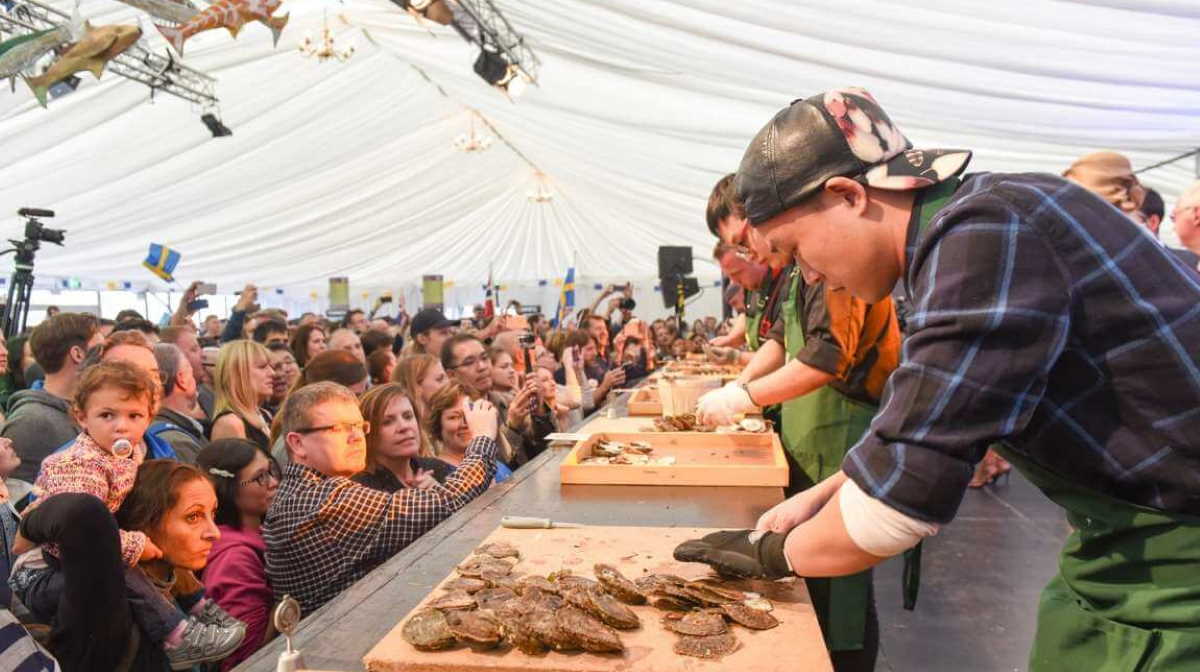 Most of France’s vineyards are out in the countryside, with one very notable exception. For 88 years, Paris’ only vineyard has hosted a sprawling five-day festival to celebrate the wine harvest. Montmartre transforms into one giant street party, with food and wine stalls, parades, picnics and an open-air concert at the foot of Sacré-Coeur for a finale. 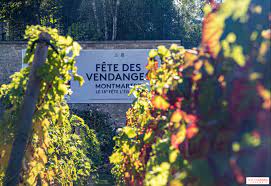 They’re good at chocolate all year in Umbria, but particularly so when Europe’s largest chocolate festival comes to town. The whole of Perugia transforms into a huge open-air chocolate shop, complete with towering chocolate sculptures, chocolate laboratories, choco-inspired parades and plenty of sweet treats to keep your sugar levels up. Proving there’s more to British cuisine than Sunday roasts and pie’n’mash, the Great British Food Festival celebrates the best of the UK’s cooking. Festival highlights include foraging walks, chef demos, an artisan market, a bake stage and BBQ masterclasses. If you’ve got an appetite, try the Men vs Food competition – 74.5 inches of sausage followed by a pint of cider. No need to get mucky digging for truffles, the biggest event in Italy’s truffle calendar will fulfill all of your truffle requirements, and more – without getting your hands dirty. Hosted in the heart of the Langhe region in Piedmont,  there are tastings, cookery demonstrations, food and wine pairing and some ‘sensory analysis’ sessions. Don’t miss the donkey race on the 6 October for some light-hearted relief from all those truffles. Strap on your lederhosen and make for Munich. Oktoberfest is the world’s largest beer festival, held annually in Bavaria since 1810. The 16–18 day festival runs through late September and early October, with over six million visitors per year. Beer lovers will be in their element, but there are amusement rides, stalls and games too.

Unfortunately, Oktoberfest is cancelled in 2021 due to the pandemic but keep your eyes peeled for the next announcement – rumour has it they’ll be going all out!

Seafood superfan? Fiesta del Marisco is the stuff dreams are made of. Every year since 1963 the tiny town of O Grove in Galicia hosts a festival dedicated to shellfish, with a steady stream of scallops, razor clams, mussel, oysters and more for at least ten days. There’s usually folk dances, street performances and fireworks too. 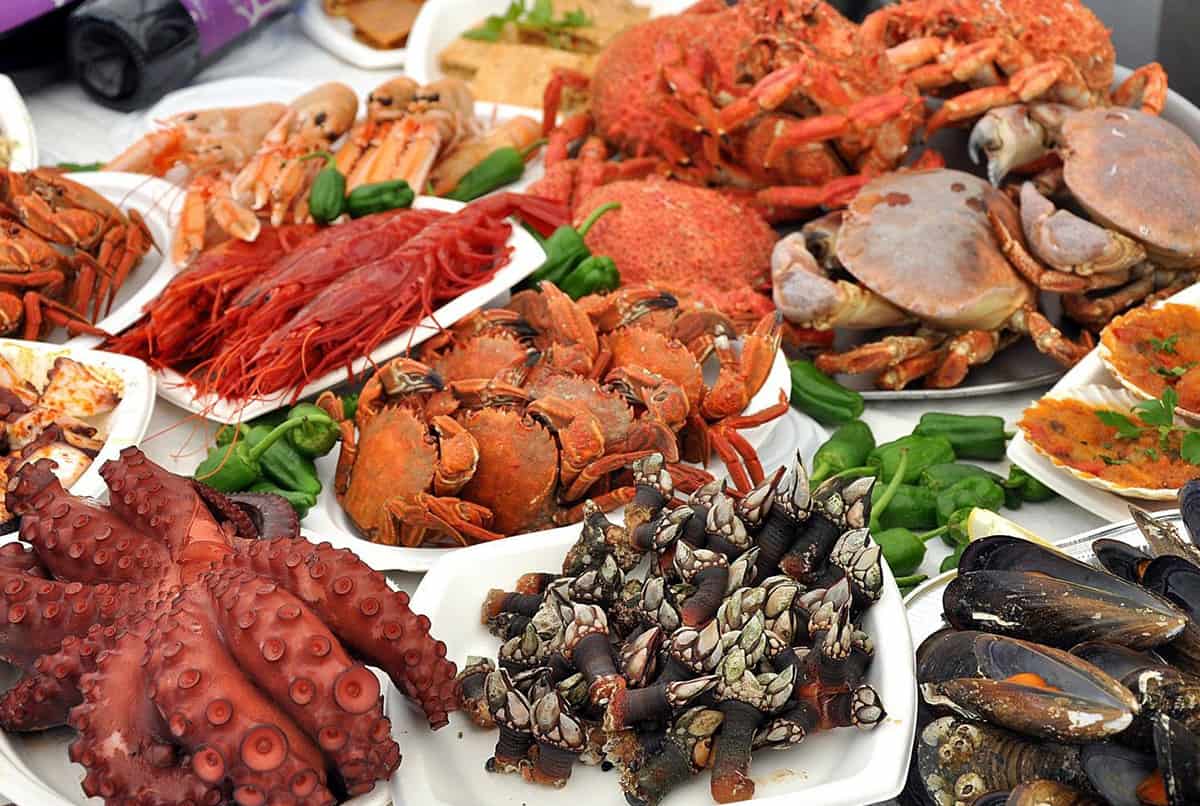 Penchant for all things spicy? Head to the tiny town of Espellette in the Basque region for a truly fiery festival. The two-day event celebrates the famous bright red chilli, with market stalls, concerts, parades and communal meals. There’s also a night market, where you can pick up a special spicy cocktail or three. 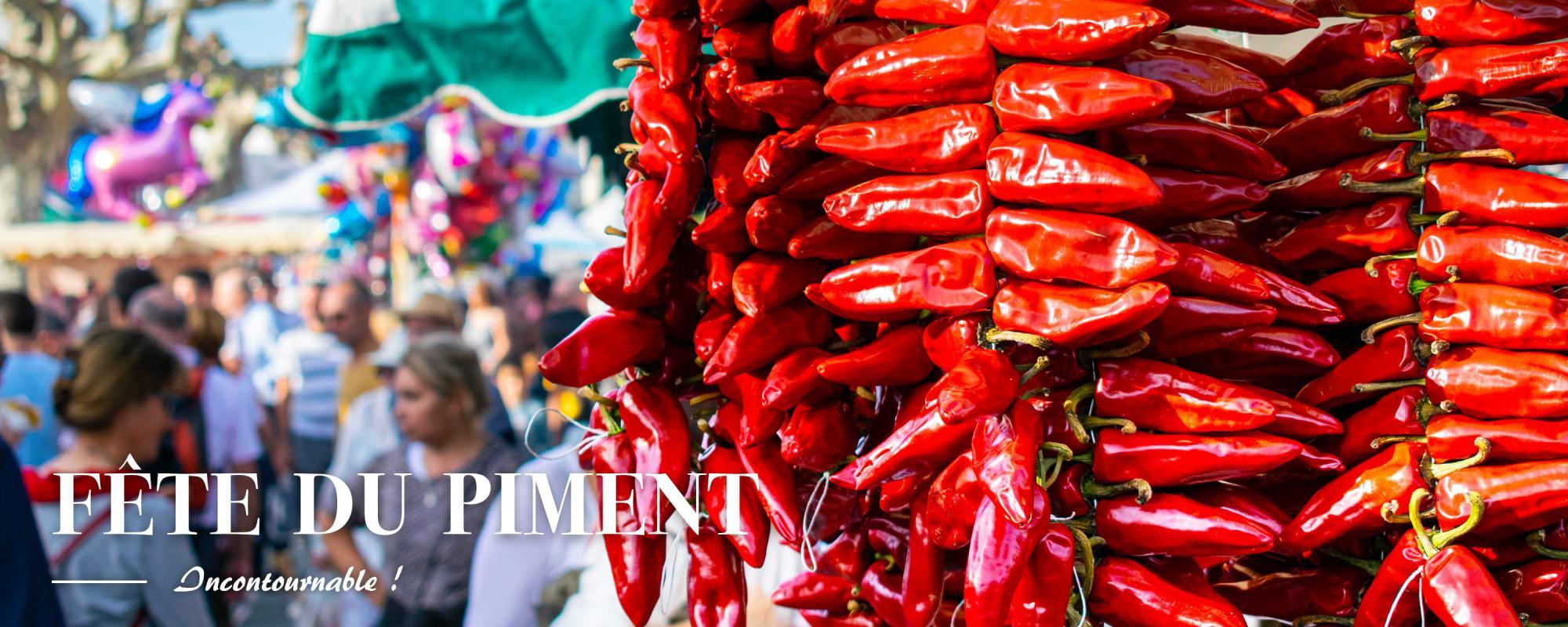 The humble sausage is underrated in our opinion, and the people of Békéscsaba are inclined to agree. This annual food festival, now in its 19th year, celebrates the Csabai sausage – Hungary’s most famous sausage. Festival highlights include sausage-maker kneading competitions and best sausage competitions, as well as dozens of stalls offering up tasty samples and dishes.

Alright, it might be a bit niche, but if you’re looking to experience Helsinki at its most traditional, you’ll love the week-long Helsinki Herring Festival. Taking place every year since 1743, the festival sees dozens of fishermen bring their tiny boats into the wharf to sell their catch in the market square. You’ll find herring served up in every way possible here (chocolate herring and potatoes anyone?), along with other quirky Finish foods, like black archipelago bread. Other festival highlights include a best herring dish competition, a filleting race and a traditional sailing ships race. 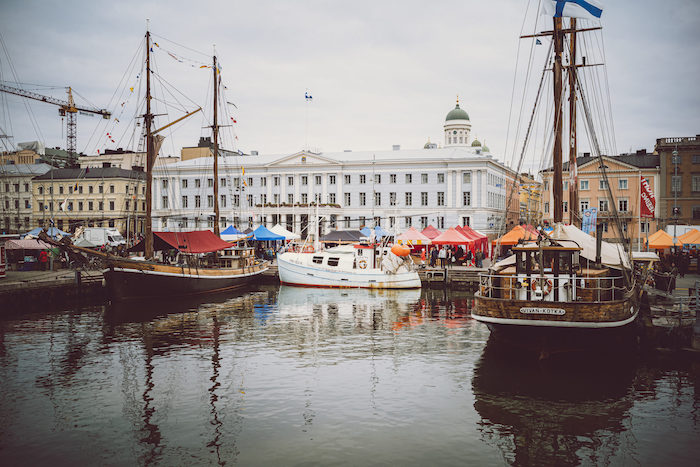 This deliciously dark foodie event started life in Germany, but the Tallinn incarnation is one of the best. The whole festival celebrates black food, from plump blackberries and traditional balsamic vinegar to dishes dyed with coffee and chocolate. The aim of the festival is to educate and inspire visitors about some of the lesser-known black foods from across the world. This year’s festival takes place right at the end of Autumn, in early November. 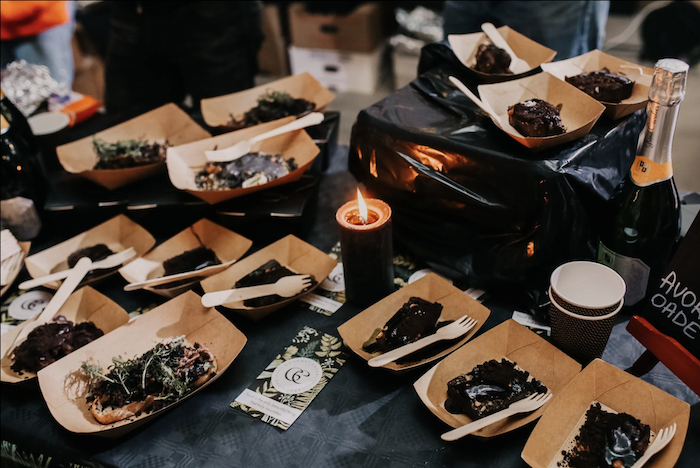 Amsterdam’s reputation for coffee shops is well documented, but we’re talking about proper coffee here. Held at the start of November every year, over 100 artisan roasters flock to the city for three days of coffee-inspired fun and frolics. Expect coffee-making workshops from some of Europe’s best baristas, coffee-inspired cocktails and coffee tastings, as well as lots of live music, entertainment and art. 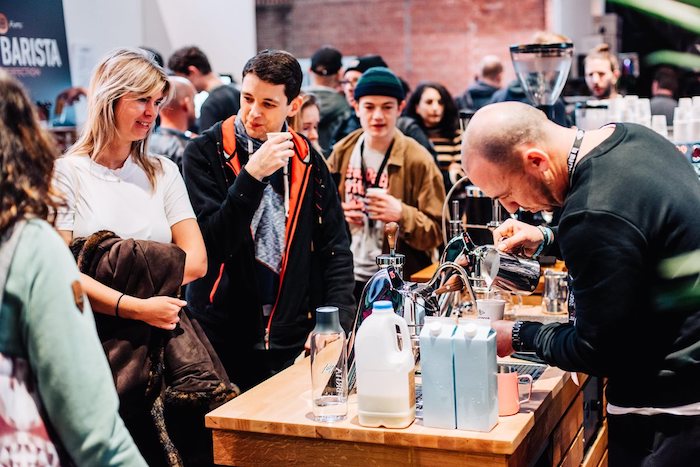 If Italian truffles are a bit mainstream for you, hotfoot to the Subotina Festival in Buzet, a small town in Istria famous for its abundance of white and black truffles. The huge street party features truffle tastings, exhibitions and stalls selling truffle-inspired food, drinks and crafts, as well as pop-up restaurants serving up delicious truffle dishes like fuži, pljukanci and gnocchi. Make sure you stay for the finale, the town fries up a massive truffle omelette made from 2021 eggs. 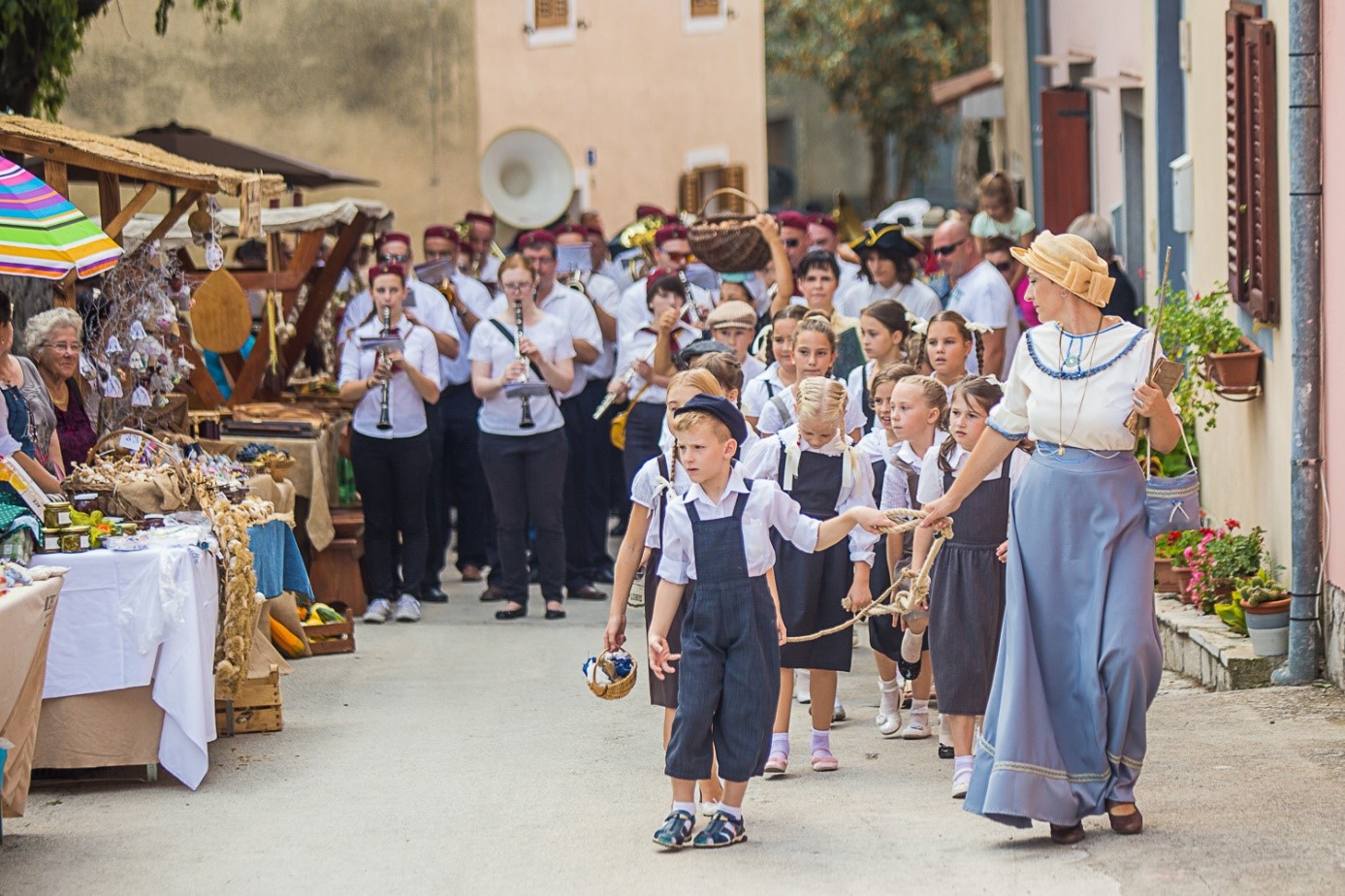 If you find yourself in Bruges this Autumn, you’re in for a treat – three days indulging in Belgian specialities cooked up by local chefs. Michelin-starred chefs are known to pop along too. Dishes on offer range from Belgian pancakes to Flemish white tripe spring rolls. It’s affordably priced too, with most dishes under €10.

Located in the Norwegian archipelago between Norway and the North Pole, Taste Svalbard is the world’s northernmost food festival. The four-day culinary bonanza gives visitors the chance to dive into the region’s unique gastronomic offering. Yes, there’s reindeer soup but there’s also Arctic cheese, expertly-prepared raw salmon, trout and herring, and beer from Red Bear – the world’s most northerly brewery. Stay for the lectures, film screenings, concerts and pop-up dinners too. 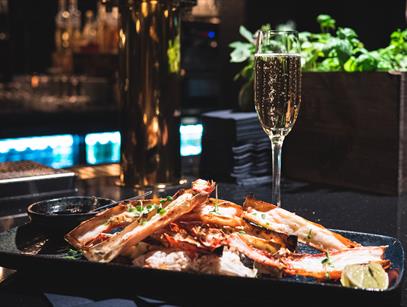 There are plenty of reasons to visit the picture-postcard town of Holmfirth all year round, but serious foodies and real ale connoisseurs should hotfoot here in late September. Every year since 2005 the Holmfirth Food and Wine Festival takes over the town, spilling out from the market hall and onto the surrounding streets. Over 40,000 people visit every year to feast on quality local produce. 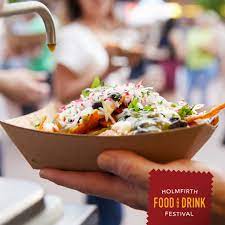 Don’t judge a festival by its SEO-unfriendly title, this annual festival is Normandy’s biggest event. Every year since 1935, hundreds flock to the city – many dressed in traditional Normandy costumes – to sample the regions’ culinary highlights. As well as tucking into tasty dishes, you can watch butter and cream whipped by hand, cooking demonstrations using ancient recipes and a raucous parade. Located around 70 km from Latvia’s capital, Dobele is often referred to as ‘The Apple Capital’ thanks to its delicious apples. Every year, the town hosts an annual festival in October, organised by the Latvian State Fruit-Growing Institute and the Dobele Municipality. Expect apple exhibitions and tastings, a farmers’ fair, cooking demonstrations and apple growing advice. You’ll leave knowing more about apples than you ever thought possible. 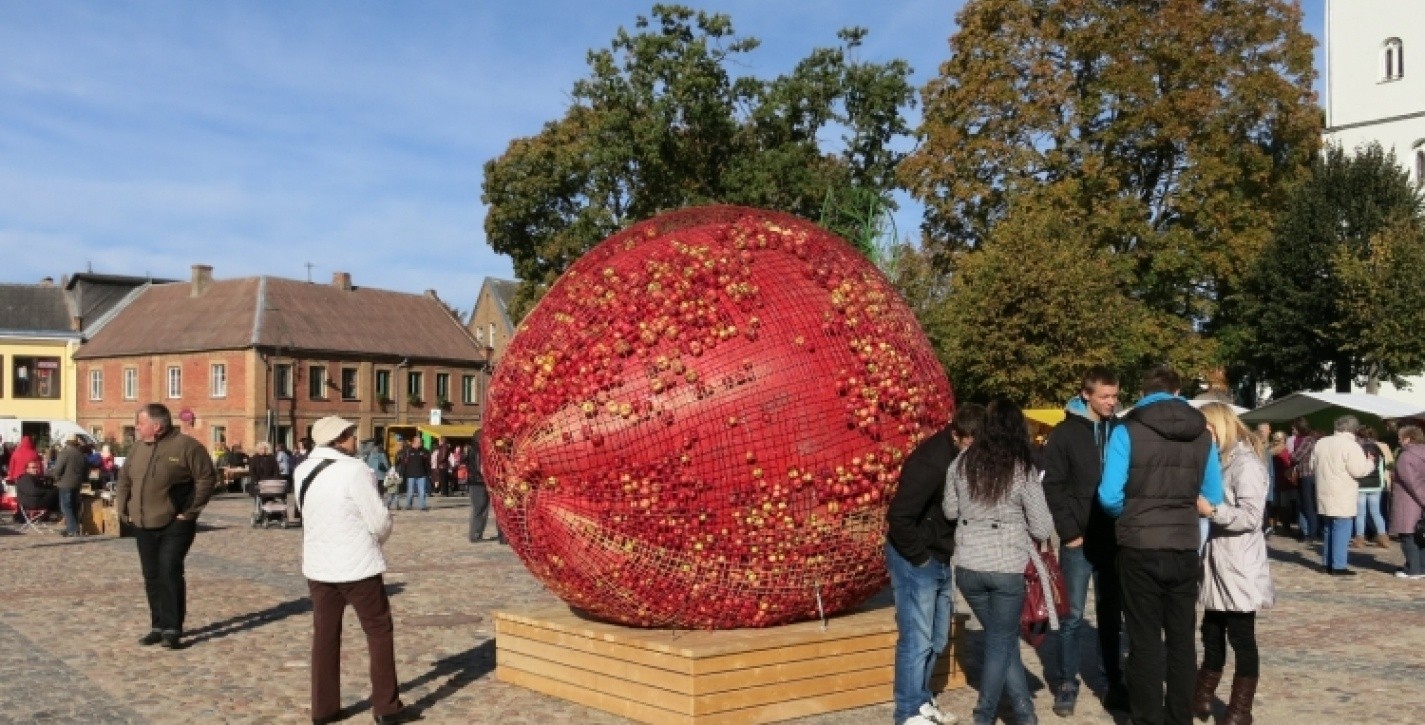 The olive harvest takes place in Italy in November, and there are hundreds of festivals across the country marking the event. This festival in Emilia Romagna, Italy’s most delicious region, is one of the best. As well as stalls and pop-up restaurants, there are guided walks, olive oil tastings and a chance to see an old-school olive pressing in the main square.

Norway’s Hardanger region is famous for its apple trees, so every year the pint-sized town of Øystese hosts a weekend celebration in honour of them. Expect cider tastings, creative apple-centric dishes and heaps of traditional entertainment. Stick around for the crowning of the best cider producer – and make sure you try some too. 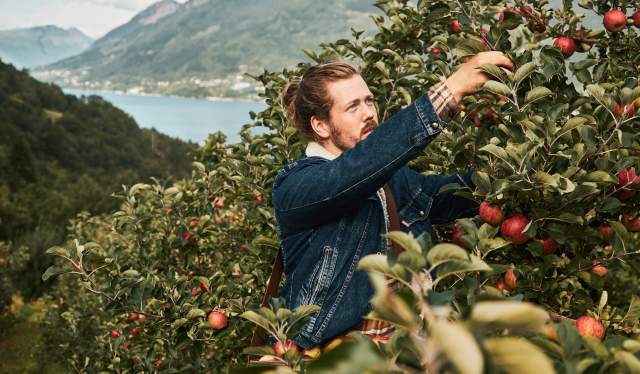 Every September, Vienna hosts a huge harvest celebration to mark the beginning of Autumn and the return of – let’s face it – all the best food. There are dozens of stalls serving up just the sort you want to keep you warm this summer – heaps of mountain cheese, pumpkin pancakes, sausages, the lot. You can also try regional classics, like Mostis, which is similar to cider, and Sturn, a fermented grape juice. Along with the food, there are traditional Austrian performances, live music and lots of entertainment. 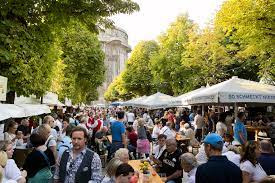 Not strictly a food festival per se, but food plays a huge part in the capital city’s annual birthday celebrations. Expect steaming places of pelamushi and khinkali, barbequed meats, fresh bread, cheeses and vegetables, and plenty of wine. There’s folk music and dance performances, fireworks and a gala festival finale.

This year marks the festival’s 40th anniversary, so you can expect it to be a goodun’. The festival, which takes place on the banks of the Tagus River just northeast of Lisbon, celebrates Portugal’s finest cuisine. Chefs and restauranteurs from across the country flock here to showcase their best dishes combining traditional and contemporary Portuguese cuisine. As well as stalls, there are themed lunches and live cooking demonstrations. If you’ve ever visited this part of the world, you’ll know they take food seriously. Manchego cheese and hearty game stews are some of the region’s blockbuster bites, but the real superstar ingredient is saffron. In fact, 90 % of Spain’s saffron comes from Castile–La Mancha. Since 1963, the town has held a festival dedicated to the stuff.  You’ll get to taste plenty of saffron dishes too, as well as spectating traditional wheat grinding at the mill, a saffron pruning race and a gastronomy contest. It all culminates in the “Grinding of Peace and Love” ceremony in a 16th-century mill. Winnie the Pooh’s condiment of choice doesn’t get the attention it deserves in most places, but in Corsica, it gets a whole festival. Murzo, famous for its ancient varieties of honey, hosts the festival every year. Over 70 stalls participate, showcasing honey from different species of bees – sometimes bringing the bees along too. They frequently host fascinating exhibitions too. 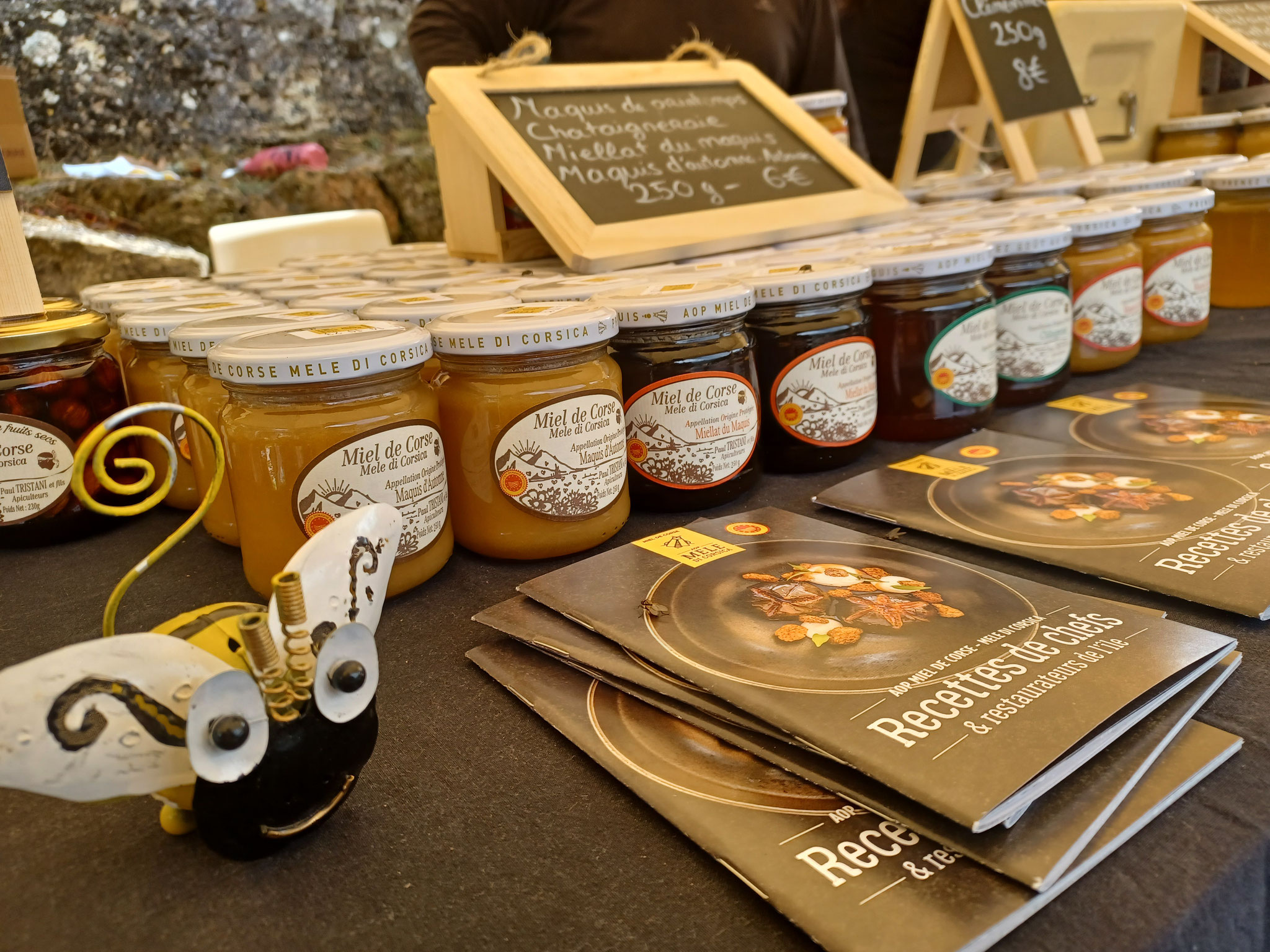 The post 25 of the Best Autumn Food Festivals in Europe appeared first on Big 7 Travel.