The LV² Collection is not only an eclectic blend of the three fashion giant’s unique aesthetics and branding but also the most anticipated drop of 2020. 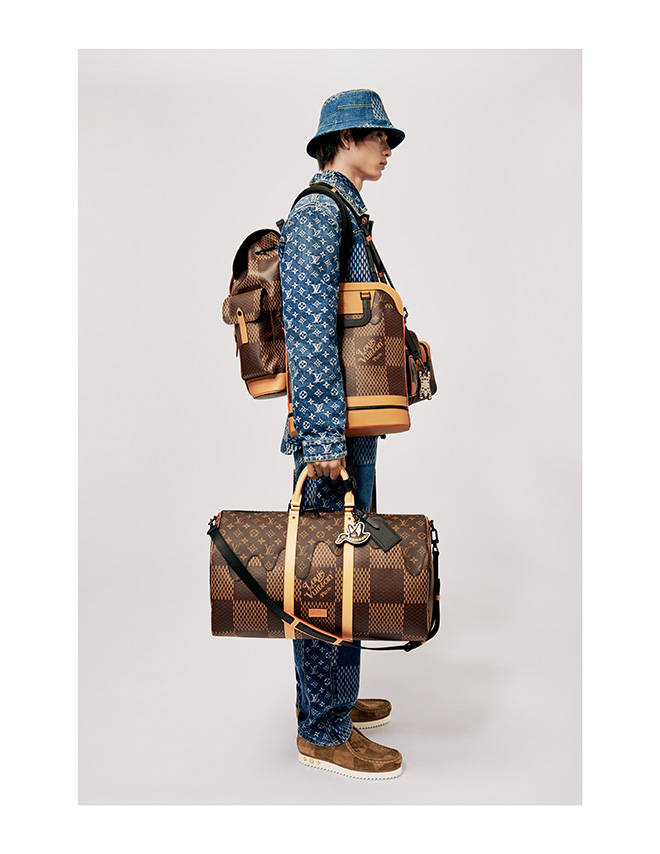 Regarded as a true visionary, god of culture, and master of taste and design, Japan-bred music producer, Nigo is revered for pioneering one of dopest brands in the fashion and hip hop industry. 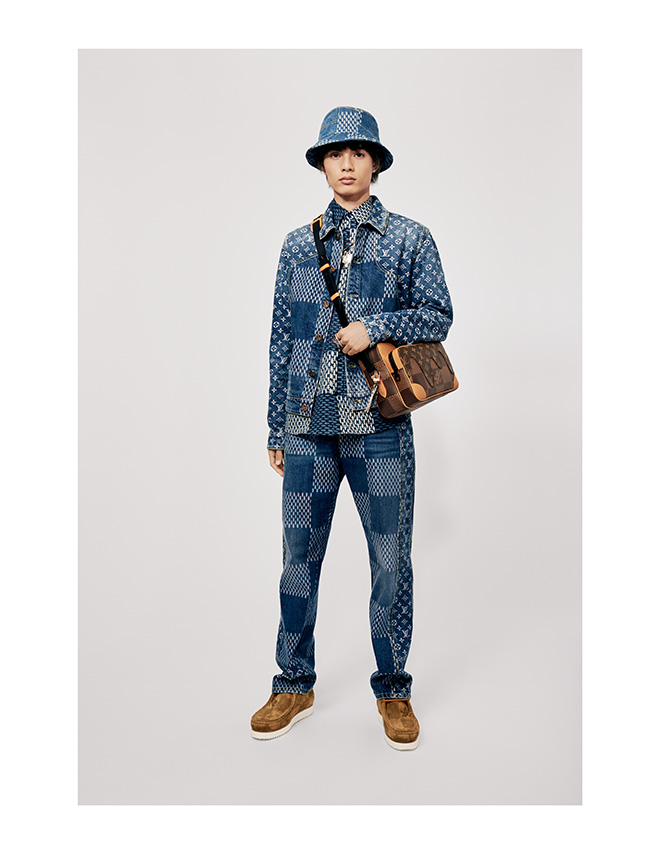 With a legacy rivaled by few, Nigo began his journey leading a tiny operation, selling T-shirts out of Nowhere, a store opened in Tokyo’s Harajuku neighborhood with Undercover designer Jun Takahashi in 1993. Quickly gaining traction, the label has since evolved into a larger-than-life empire, dominating the 2000s as the world’s go-to-designer with an array of collaborative work with Pharrell at A Bathing Ape (BAPE) and Billionaire Boys Club. 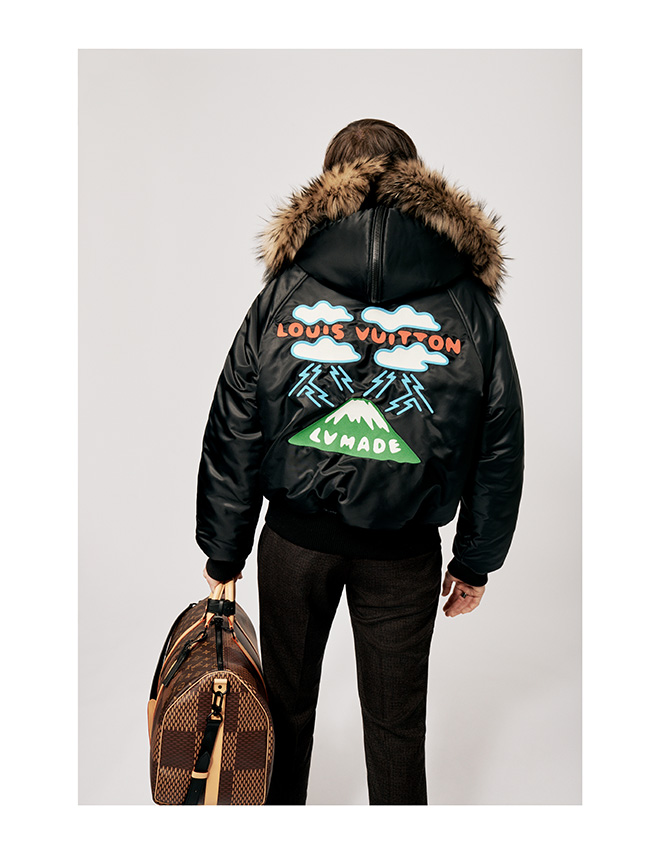 Developing a refined line inspired by ’60s Americana, Nigo has overseen Japan-based brand, Human Made, ever since his departure from Bape in 2013, and announced his collaboration with Louis Vuitton Men’s Artistic Director Virgil Abloh, early this year. Working closely for Pre-Fall 2020, the duo have dubbed the release the ‘LV² Collection’, showcasing a multitude of ready-to-wear, leather goods, shoes and accessories, adorned with dedicated graphics and interpretations of the iconic Louis Vuitton signatures.

Presenting varying ideas which co-exist with one another, the standalone collaboration was borne out of the duo’s longstanding camaraderie, aiming to observe the London Mod-era dandy through a Tokyo lens. The tailoring-focused collection, thus evokes chapters from the formative years of Nigo, who found much of his early inspiration in the subcultural history of London.

A nod to Human Made, the Japanese brand founded by Nigo, a flight jacket features the graphics ‘LV Made’ alongside a Mount Fuji graphic, whilst a cropped Mod suit adapts and magnifies the Louis Vuitton Damier check. The motif is echoed in a double-faced duffle coat with micro-check lining, while a black fishtail parka morphs values from the dandy and sports wardrobes. Patchworking appears throughout in a meeting between the Louis Vuitton Monogram and the Damier check rendered in denim. 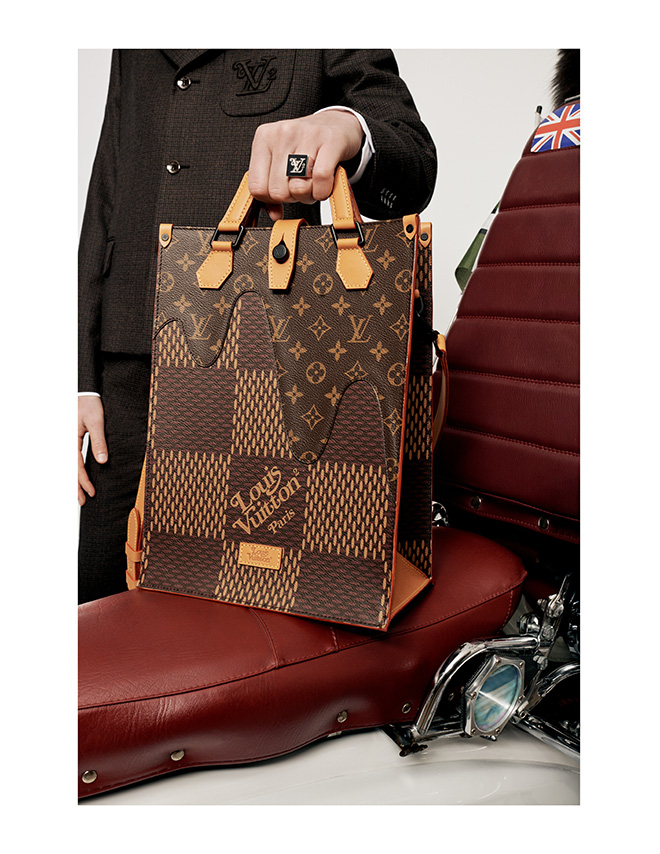 The LV2 patchwork is repeated in bags based on classic Louis Vuitton shapes: the tote, the keepall, and the money bag, adorned with animal charms familiar to the world of Nigo. A formal steel toe-cap derby cements the Mod spirit alongside a tasselled loafer in Monogram. The Damier check is interpreted in an ankle boot in suede Damier, a hiking boot in sporty Damier leather, a shearling boot in blown-up Damier or in denim, and a mule in the same motifs. Rectangular sunglasses feature trunk clip detailing while jewellery carries the LV2 logo.

As the original founder and co-founder of Human Made, BAPE, and Billionaire Boys Club, Nigo’s three-way collaboration between the French fashion juggernaut and Abloh, has proven to not only be an eclectic blend of the three fashion giant’s unique aesthetics and branding but also the most anticipated drop of 2020.