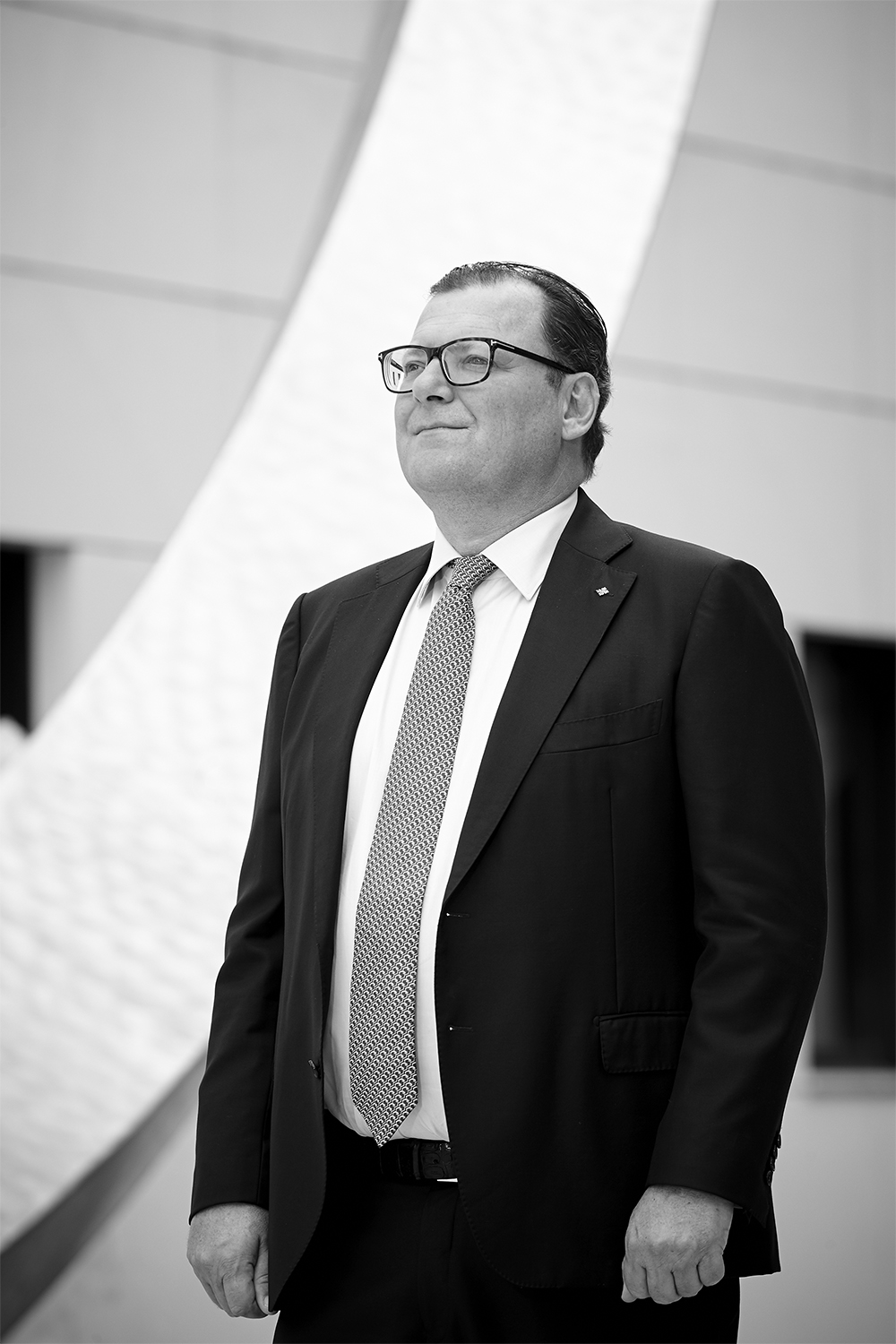 Thierry Stern pauses between questions to acknowledge one of his staff who delivers a fresh cup of what we imagine to be coffee. It might be a scene from a presentation at BaselWorld, which Patek Philippe pulled the plug on this year. In fact, no major watch fairs took place in Switzerland in 2020, and we expect the same in 2021. Perhaps Stern is taking a meeting at the manufacture in Geneva. Perhaps it is from a visit to the Patek Philippe Museum, also in the same city. It might have been any of those things, and yet it was none. To begin with, the President of Patek Philippe’s audience was not in the room at all. He was accompanied in person by the brand’s communications chief Jasmina Steele, who often sits in when Stern takes questions from the press. Of course, it is 2020 and there are no grand press conferences in the world of watchmaking.

Having said all that, there are five of us from Singapore today, taking turns in stately fashion to ask questions of Stern. The interview happens via one of the many video conferencing mechanisms that are changing the way everyone works. They may be here to stay, even when vaccines make in-person meetings and travel safe again. On this occasion, digital technology has enabled this meeting, which I certainly had no expectation would happen. The reason this extraordinary session came to be was the launch of the Patek Philippe ref. 6301P, introduced elsewhere in this issue. An extraordinary watch requires extraordinary measures, more so in 2020. It could be argued that any Patek Philippe watch is as far from ordinary as a vintage Dom Perignon is from a rustic Beaujolais. That it is a grand and petite sonnerie, with minute repeater, makes the watch the equivalent of a rare vintage, perhaps the 2008 Dom Perignon, to continue this happy and celebratory analogy. The year is significant, and not at all chosen at random. Like the year of the Great Recession, we find ourselves once more in dire economic straits. No matter who you are, I am certain that you will agree that 2020 has thus far exceeded the scope of 2008, and shows every sign of being the most momentous year in living memory since the
outbreak of World War 2.

Patek Philippe has survived all of the above, and much more. A wonderful article in EuropaStar in June this year equated the Geneva manufacture with the technical term resilience, as it applies in material science. The family-owned firm faced its own breaking point after the Depression in the 1930s, with the Stern family rescuing it in 1932. It is a testament to the family’s values and spirit of continuity that some casual observers thought that Philippe Stern, Thierry’s father, was the Philippe in Patek Philippe. Thierry Stern has been known to jest that hardly anyone noticed when he took over from his father as president of the company because the transition was so smooth. 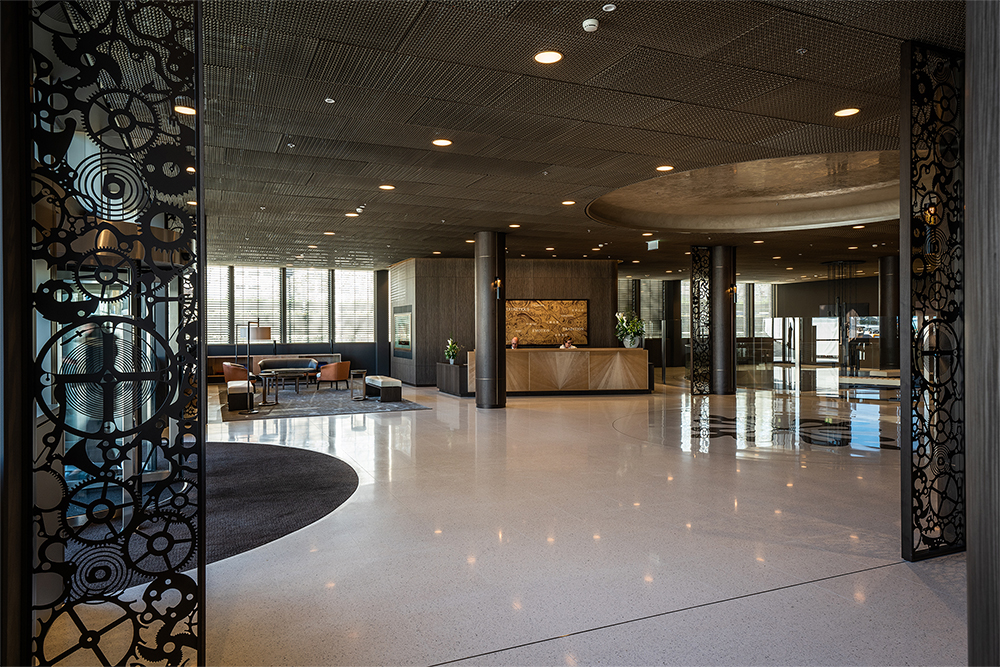 The story of that transition was one many years in the making, and is a matter of public record, thanks to the Authorised Biography of Patek Philippe, by Nick Foulkes. The author traces Thierry Stern’s passion for watches back to an incident in his childhood. “When I was a child of about six or seven years old, I was in my father’s office, and I pulled out a tray,” Stern told Foulkes. “I still remember the colour and smell of that tray. It was lined in red velour and there were maybe six 17th century pocket watches (decorated) with Blois enamel. I was impressed, and I decided that I would like to make watches.” It is important to note that Stern did not say he would like to take over from his father one day, but that he wanted to make watches. Indeed, he decided to become the first member of the family to attend watchmaking school.

“The grand sonnerie is beautiful, but the watch also has a very accurate movement, and the dead seconds shows it”

This explains why, after completing his apprenticeship at the Henri Stern Watch Agency in New York – like his grandfather and father before him – he found himself employed at Atelier Reunis SA. The company made cases and bracelets for Patek Philippe, and Stern learned to appreciate metiers d’art right there on rue des Vieux-Grenadiers. Foulkes and other writers have even suggested that this formative experience thought Stern about what it meant to serve at Patek Philippe. So, when he jokes that he is merely a steward for the brand, keeping it healthy until his children are ready to succeed him, he is all too aware of the sacrifice it requires. This is why Stern says he will not force his children to take over the business.

“When I started to listen to the (chiming watches) with my father, I was really scared, to be frank. I spent two years just listening to the watches with him; I said nothing. At first, I could not tell the difference between the watches, while he had something to say about each one. I really wondered how I was going to do this job on my own. But then, over time, I developed (an ear) for the sounds. The same will be true for my son; he will take some years to listen with me,” said Stern. The subject of the future does come up in this digital press conference, as it would given the circumstances. Stern regards it gravely, and admits that business has been difficult (down to the tune of 20-30% over 2019), even for the mighty Patek Philippe. Nevertheless, he is confident that the manufacture’s recent expansion — completed just before COVID-19 hit Switzerland — will not have been in vain. He says he will keep some of the rooms closed until the firm has need of the space, which no doubt also reflects the fact that Patek Philippe has no plans to increase production beyond the 60,000 or so pieces that it currently produces annually. Lockdowns and other measures have all cut production in Switzerland significantly.

With regards to the ref. 6301P, we present Stern’s views as they were communicated. With us in this session are the Straits Times, Revolution, Crown and Indochine Media.

Some companies will emerge stronger from the current situation, just as Patek Philippe did in 2008. What about Patek Philippe today, with the investment in the new facility that just opened?

What is important to me is that I believe in Patek Philippe… I believe in a future for Patek Philippe. I believe it will be stronger and better in the future. To be stronger, you need to be able to improve the quality, and the new building gives us the space to do it. We will be able to add all kinds of know-how and (bring in artisans of all sorts). Today, the building is too big for us but tomorrow, we will need it. My children, if they want to develop the company, they will need it. I had a choice: do a small building first and then another small one later, or do one big building. There was
no question which one I wanted to do. If we talk about quantity, maybe we will grow by 1-2% so we need the space for that too. Even with our current production, we have to expect all these watches to return to us for servicing, so that’s another reason I decided on this type of expansion.

We have to ask the difficult question… why launch such an accomplishment as the ref. 6301P in this terrible year?

There will always be good and bad years. We should not stop just because of that. It is (similar) to when I took over as President (in 2008), which was a very bad year. It is out of the question to stop launching pieces because it is a difficult year. Anyway, the watch will be in the collection for many years to come, and maybe there will only one or two this year. We are not planning on doing 10,000 pieces or anything! Also I think the launch of (a watch like this) brings a little hope and happiness in this difficult year, and it was meant to celebrate my father’s birthday.

How many times did you listen to the 6301P, in development, and how would you describe the sound?

I listened to the watch maybe 20 or 30 times, and that is only me! Before me there is also the watchmakers! It’s a long process. We tried many different gongs, approaches and even a different case. It is always a challenge, between making the sound very beautiful or very loud. It is always a compromise. The only thing you can do is listen to each watch and make a decision, which is what I did. I wanted this watch in platinum because I wanted to prove that we had the know-how to do a grand sonnerie in this very dense and difficult material. I had to set the point that we are Patek Philippe and we can do these things. That includes the fact that you can really wear this watch every day…it is not fragile or delicate so if you want to wear this (frequently) I would have no problem with that. In the end, I would say the watch sounds cool. If I had to grade it on a scale of one to 10, I would give it an eight. I say this because I know we can still improve it! Why did you decide to include the dead seconds complication?

Technically, it was nice to add the dead seconds here. For some customers, they appreciate this sort of detail. First of all, let me say it was challenging for our technical department to do this complication. But we needed to do it to show that this is a very accurate watch. You have the grand sonnerie and it is beautiful, but the watch also has a very accurate movement. So yes, there is a lot more work that went into the watch (to execute the dead seconds) but at our level, frankly I think we had to do it. We have always been fighting for better accuracy so if we can do it, I want to do it.